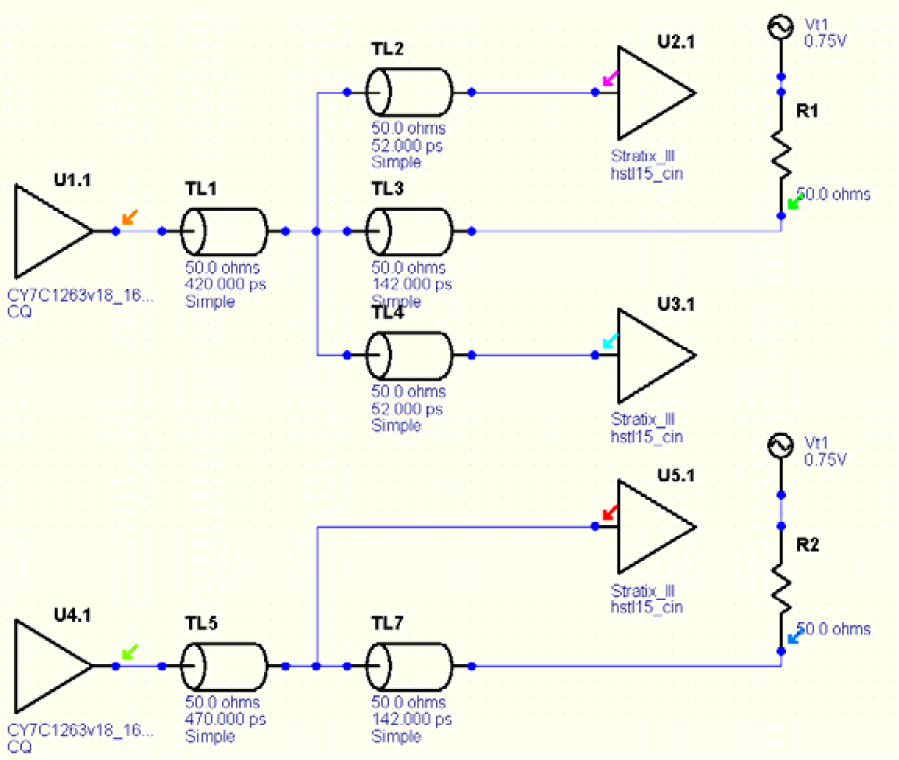 Run the simulation and look at the signal at the FPGA pin. The following figure shows an example of the simulation results from the preceding figure. As expected, the double-loaded emulated signal, in pink, arrives at the FPGA pin later than the single-loaded signal, in red. You then need to calculate the difference of this arrival time at VREF level (0.75 V in this case). Record the skew and rerun the simulation in the other two cases (slow-weak and fast-strong). To pick the largest and smallest skew to be included in Quartus Prime timing analysis, follow these steps: 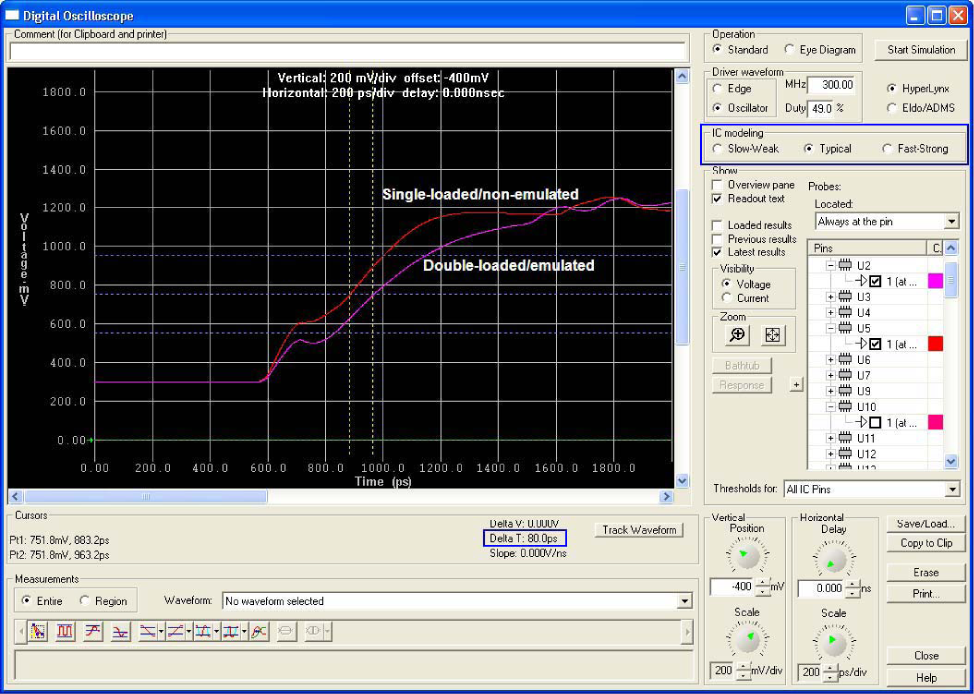