This <variation_name>_report_timing.tcl script reports the following timing slacks on specific paths of the DDR SDRAM:

The <variation_name>_report_timing.tcl script checks basic design rules and assumptions; if violations are found, you receive critical warnings when the Timing Analyzer runs during compilation or when you run the Report DDR task.

To generate a timing margin report, follow these steps:

Expanding the DDR folder reveals the detailed timing information for each PHY timing path, in addition to an overall timing margin summary for the instance, as shown in the following figure. 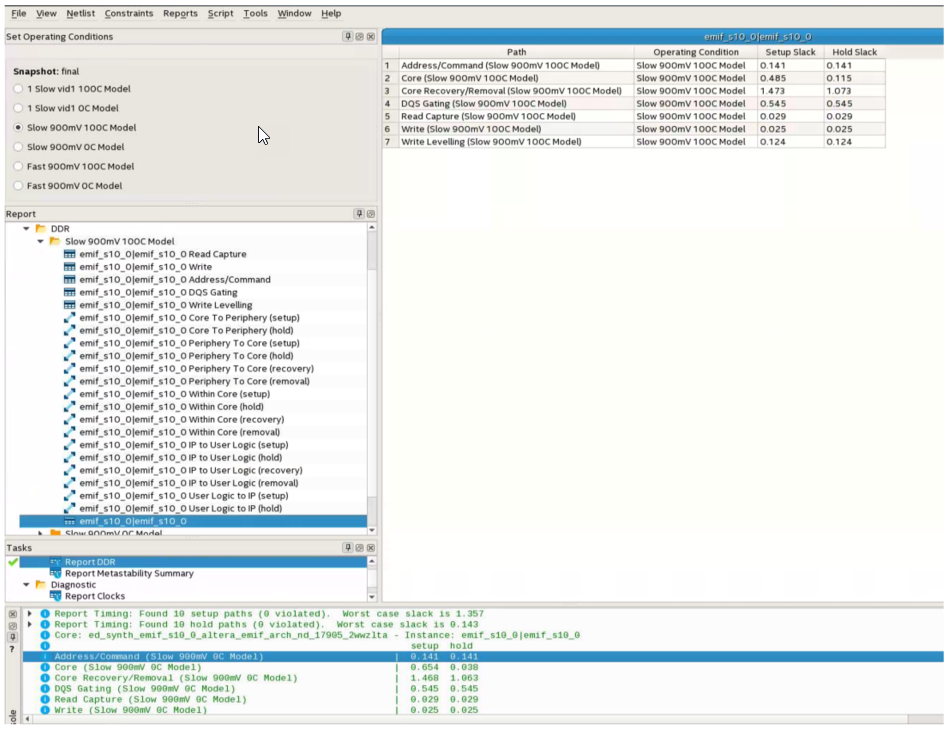