Postamble timing is a setup period during which the DQS signal goes low after all the DQ data has been received from the memory device during a read operation. After postamble time, the DQS signal returns from a low-impedance to a high-impedance state to disable DQS and disallow any glitches from writing false data over valid data.

The Timing Analyzer analyzes the postamble timing path in DDRx memory protocols only through an equation which considers memory calibration, calibration uncertainty, and tracking uncertainties as shown in the following figure. 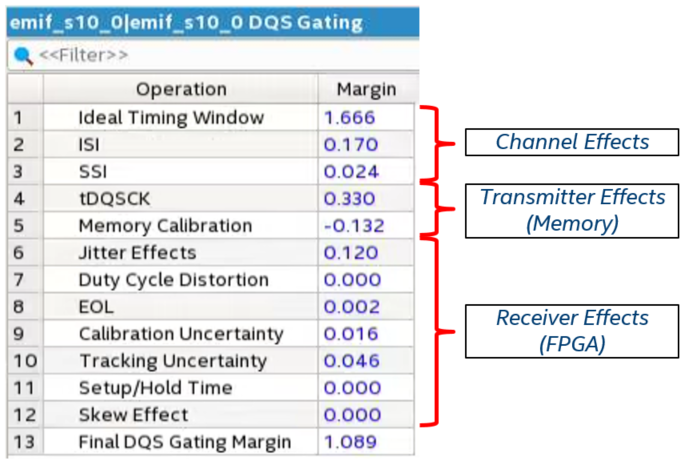