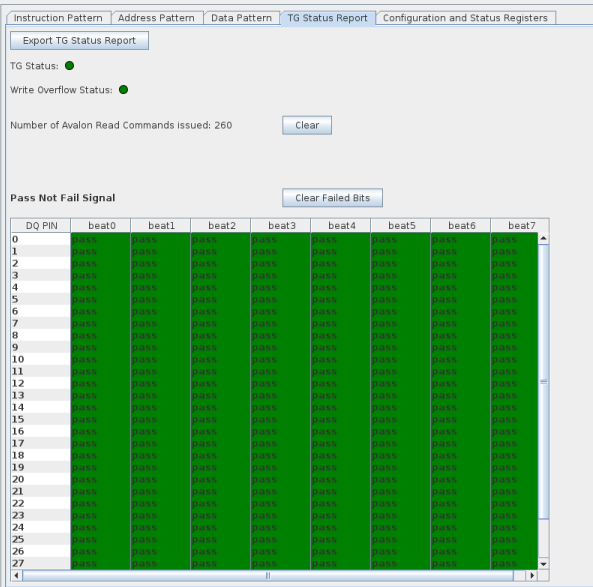 If a failure occurs, the status report displays details about the failure, such as Number of Avalon Read Instructions Issued, Fail Count, and information about the first failure—First Failure Address, First Failure - Read Data, and First Failure - Expected Data. The Write Overflow Status LED turns red if the traffic configuration attempts an invalid Avalon burst length command; this occurs if the current address plus the value of burst length is greater than the total address space. The address at which burst length overflow occurred is also reported. Individual Clear buttons allow you to clear these values independently between successive runs of the traffic generator. 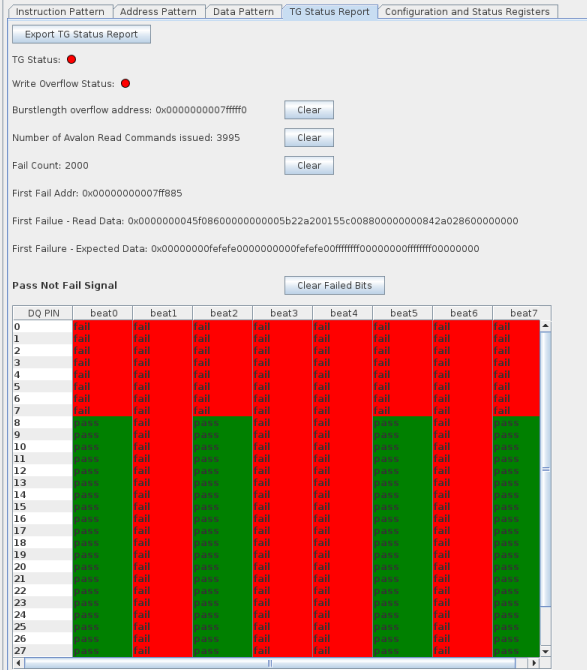 The Export TG Status Report button allows you to export the status report as a log file, to the subdirectory from which you launched the System Console.

The PNF signal is logged in raw hex format. For information on reading and interpreting this format, refer to Reading PNF Registers or ISSPs in the Traffic Generator Status topic.

When the traffic generator is running in infinite user mode, you can update the status report only by clicking Generate TG Status Report. 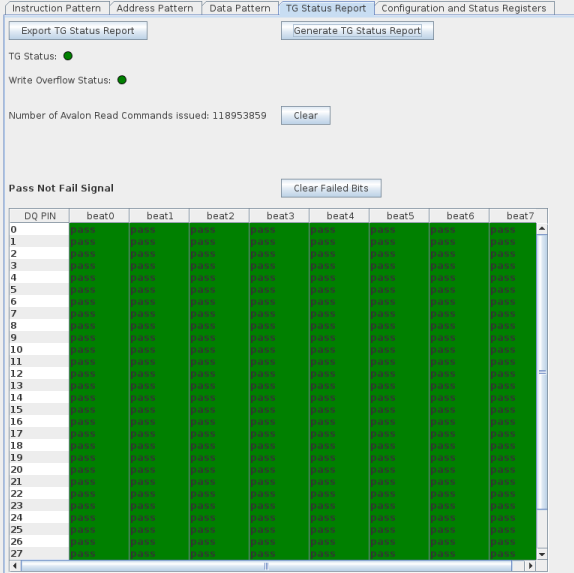 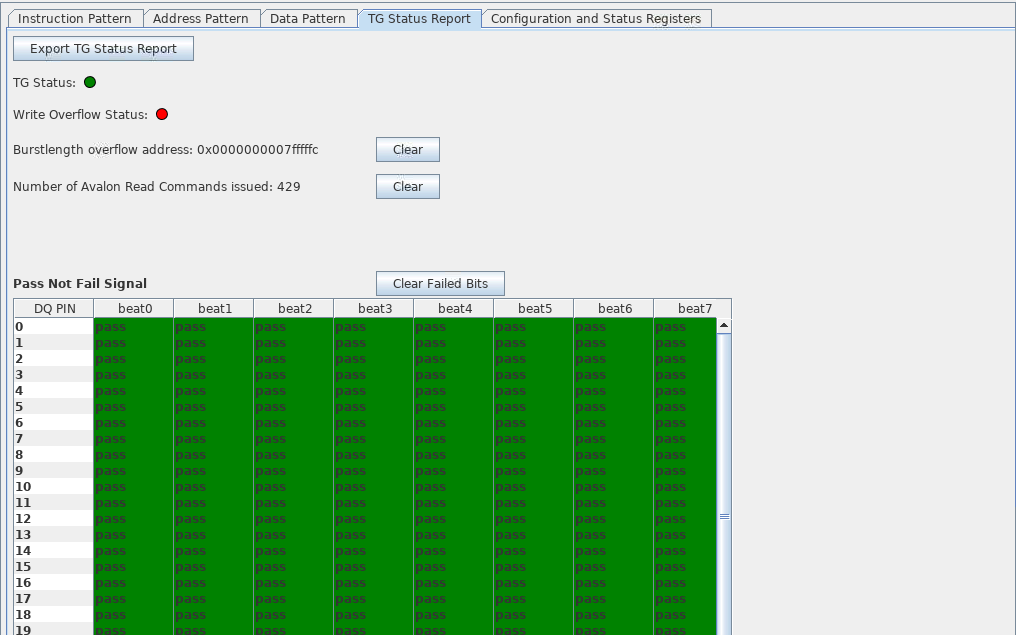