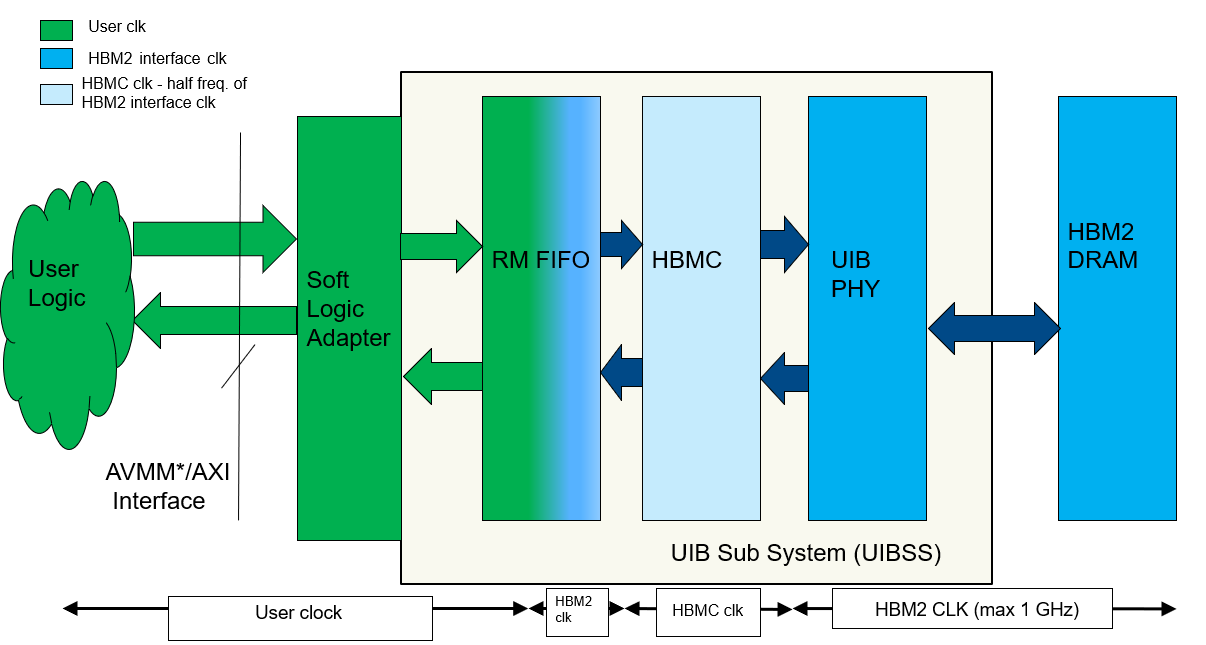 The following table lists the HBM2 signals that interface to the UIB. The UIB drives the HBM2 signals and decodes the received data from the HBM2. These signals cannot be accessed through the AXI4 User Interface.

The following table lists the HBM2 signals that are common to all Pseudo Channels in each HBM2 interface. The HBM2 controller interfaces with the following signals; these signals are not available at the AXI4 user interface. 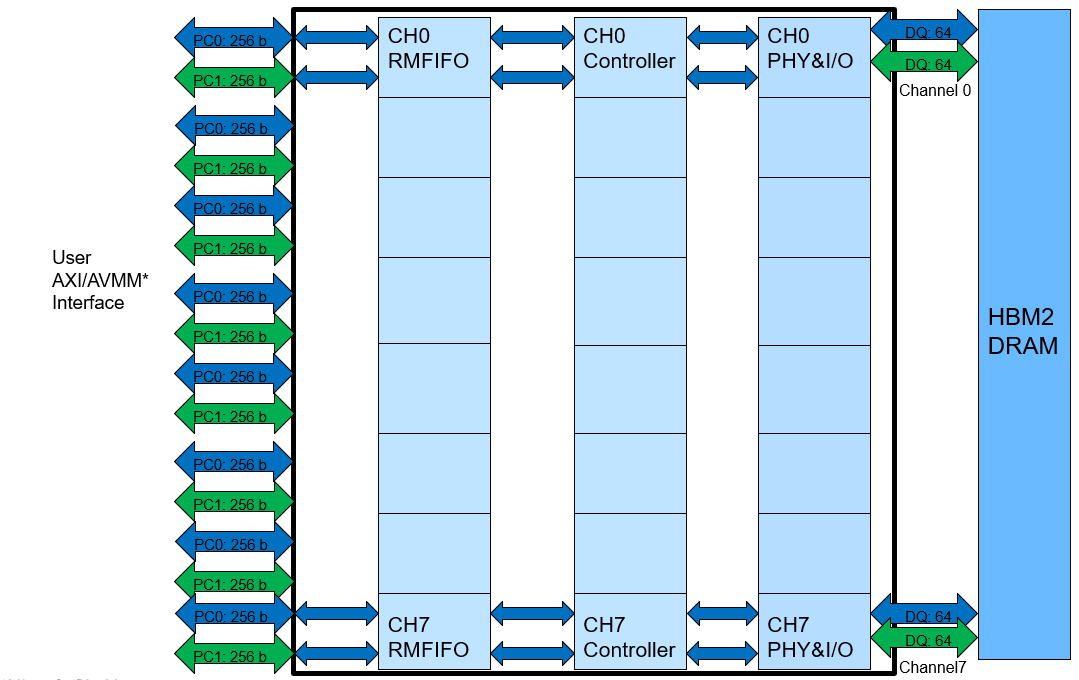 There is one AXI interface per Pseudo Channel. Each AXI interface supports a 256-bit wide Write Data interface and a 256-bit wide Read Data interface, to and from the HBM2 controller. The AXI4 protocol can handle concurrent writes and reads to the HBM2 controller. There is also a sideband user port per user channel pair, compliant to the Advanced Peripheral Bus (APB). The sideband provides access to user-controlled features such as refresh requests, ECC status, Power Down status, HBM2 temperature readout, Avalon® memory-mapped user interface, calibration status, and User Interrupt.

Beginning with the Intel® Quartus® Prime software version 20.1, the HBM2 IP supports a soft 4x4 AXI switch that provides each AXI master the ability to access the memory space of its corresponding two HBM2 Channels or four HBM2 Pseudo Channels (one HBM2 Channel = two HBM2 Pseudo Channels) in the HBM2 DRAM. The switch feature is not supported in the Avalon® memory-mapped interface flow. For more details on the AXI switch, refer to Soft AXI Switch.