The HBM DRAM is optimized for high-bandwidth operation to a stack of multiple DRAM devices across several independent interfaces called channels. Each DRAM stack supports up to eight channels.

The following figure shows an example stack containing four DRAM dies, each die supporting two channels. Each die contributes additional capacity and additional channels to the stack, up to a maximum of eight channels per stack. Each channel provides access to an independent set of DRAM banks. Requests from one channel may not access data attached to a different channel. 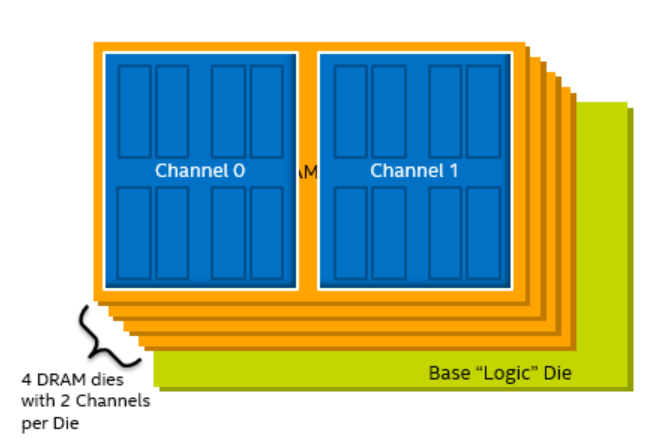