You can initiate an AXI write transaction by issuing a valid Write Address signal on the AXI Write Address Bus, AWADDR. The user logic should provide a valid write address in the AWADDR bus and assert the AWVALID to indicate that the address is valid. The master can assert the AWVALID signal only when it drives valid address and control information.

When the HBM2 controller is ready to accept a Write command transaction, it asserts the AWREADY signal. Address transfer happens when both AWVALID and AWREADY are asserted.

During a write burst, the master asserts the WVALID signal only when it drives valid write data. Once asserted, WVALID must remain asserted until the rising clock edge after the slave asserts WREADY. The master must assert the WLAST signal while it is driving the final write transfer in the burst. User logic must issue the write data in the same order in which the write addresses are issued. Write data transfer happens when both WVALID and WREADY are HIGH. 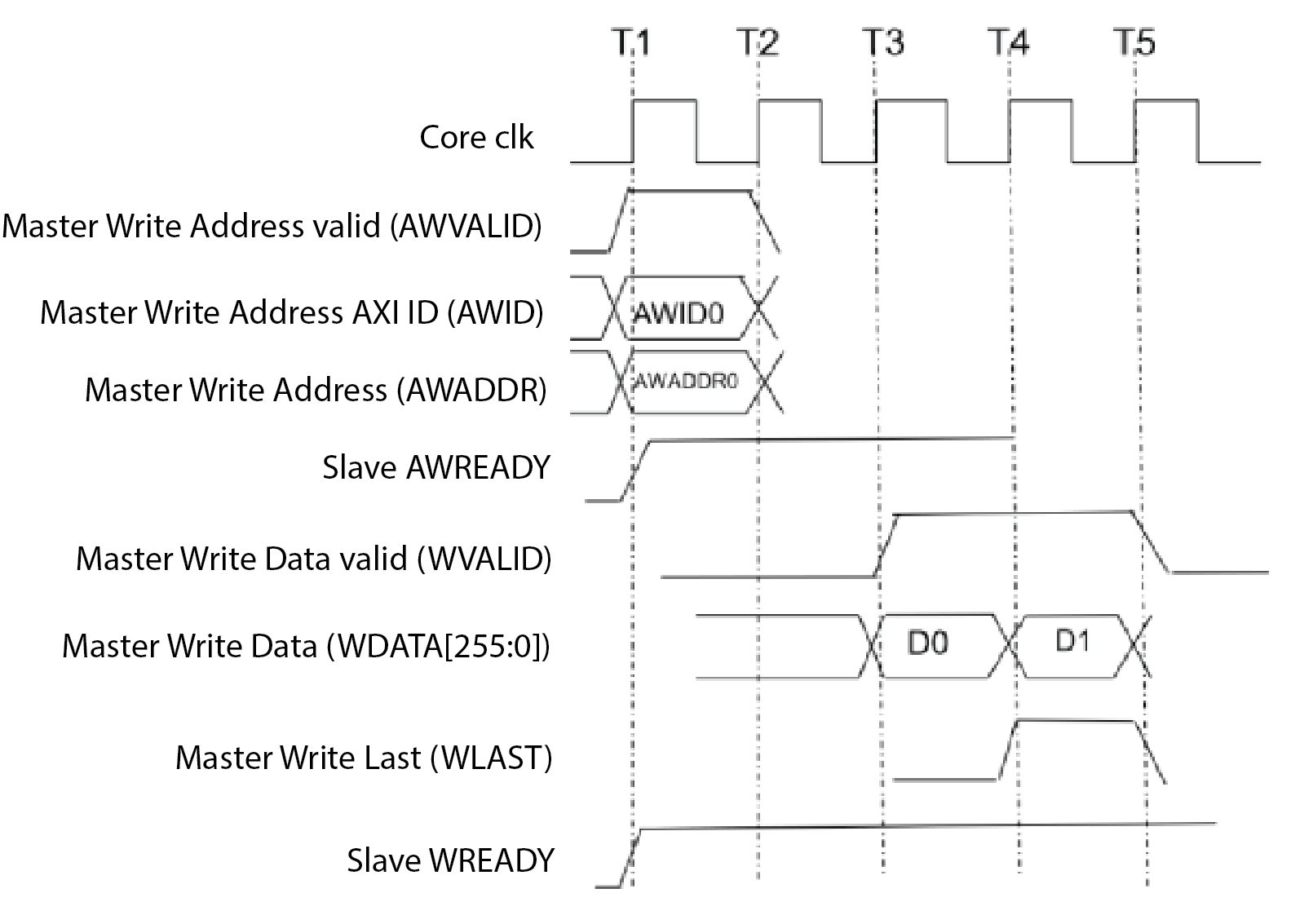 The HBM2 controller uses the Write Response channel to respond on successful Write transactions. The slave can assert the BVALID signal only when it drives a valid write response. When asserted, BVALID must remain asserted until the rising clock edge after the master asserts BREADY. The default state of BREADY can be high, but only if the master can always accept a write response in a single cycle.