The user logic asserts the ARVALID signal only when it drives valid Read address, ARADDR, information. Once asserted, ARVALID must remain asserted until the rising clock edge after the HBM2 controller asserts the ARREADY signal. If ARREADY is high, the HBM2 controller accepts a valid address that is presented to it. Once calibration is completed and the HBM2 Controller is ready to accept commands, the ARREADY is asserted high. ARUSER, the user signal for auto precharge, also follows the same timing as ARADDR, that is, ARUSER must be presented with the same timing of ARADDR.

The HBM2 controller asserts the RVALID signal when it drives valid read data to the user logic. The master interface uses the RREADY signal to indicate that it accepts the data. The state of RREADY can be always held high, if the master is always able to accept read data from the HBM2 Controller. The soft logic first in, first out (FIFO) buffers can be instantiated through the HBM2 parameter editor if the HBM2 controller expects to ever deassert the RREADY signal. The HBM2 controller asserts the RLAST signal when it is driving the final read transfer in the burst. 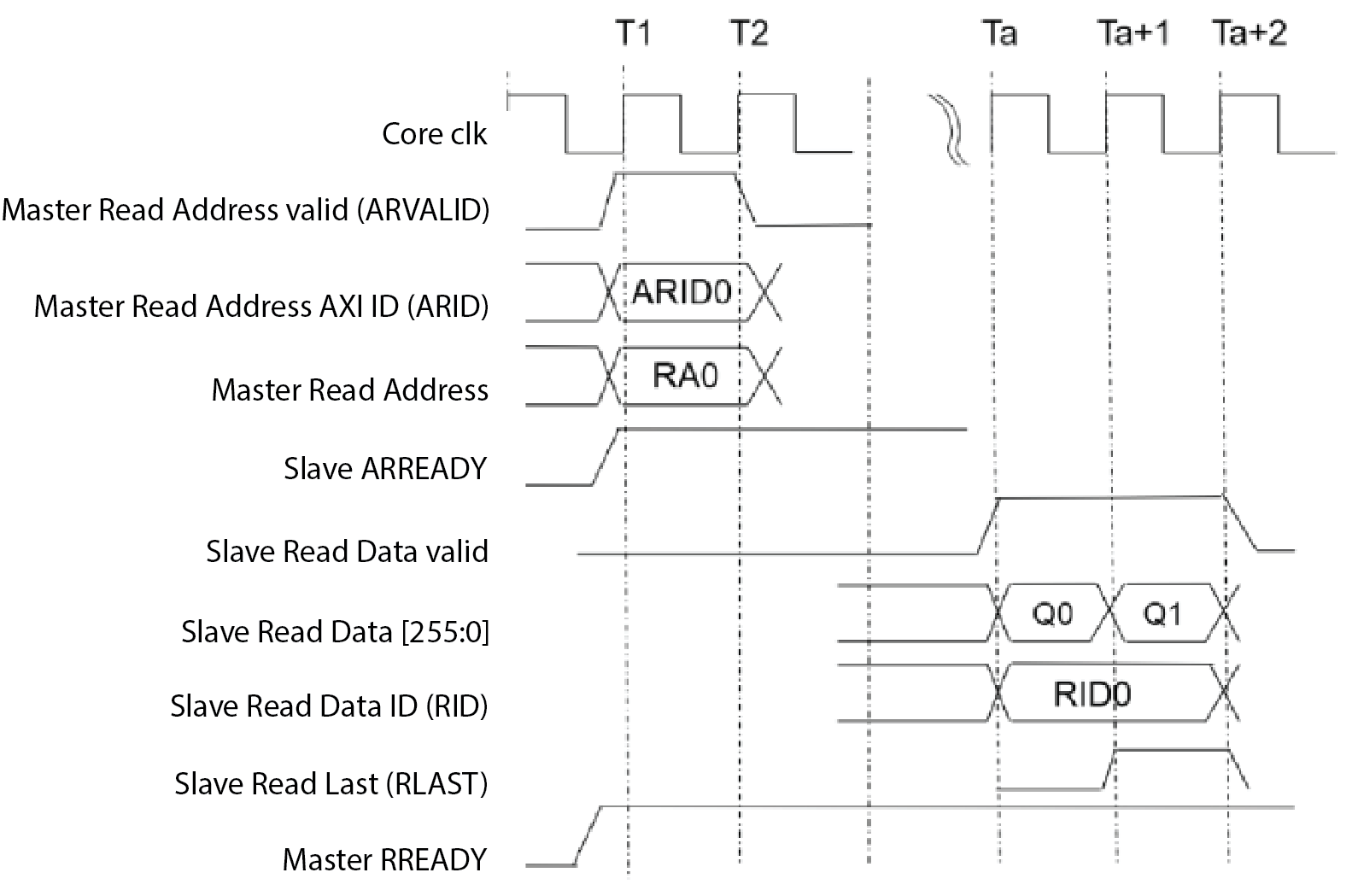