The AXI interface consists of the following channels:

All transactions in the five channels use a handshake mechanism for the master and slave to communicate and transfer information.

All five transaction channels use the same VALID/READY handshake process to transfer address, data, and control information. Both the master and slave can control the rate at which information moves between master and slave. The source generates the VALID signal to indicate availability of the address, data, or control information. The destination generates the READY signal to indicate that it can accept the information. Transfer occurs only when both the VALID and READY signals are HIGH. 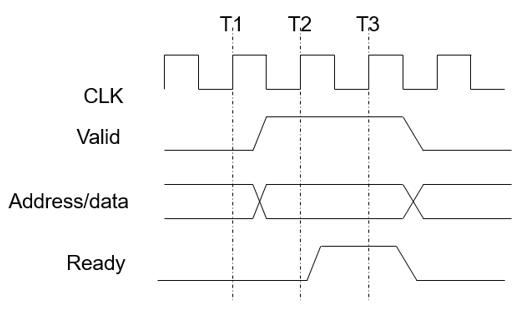