The GPIO Tab allows you to interact with all the genral purpose user I/O components on your board. You can write to the character LCD, read DIP switch settings, turn LEDs on or off and detect push button presses. 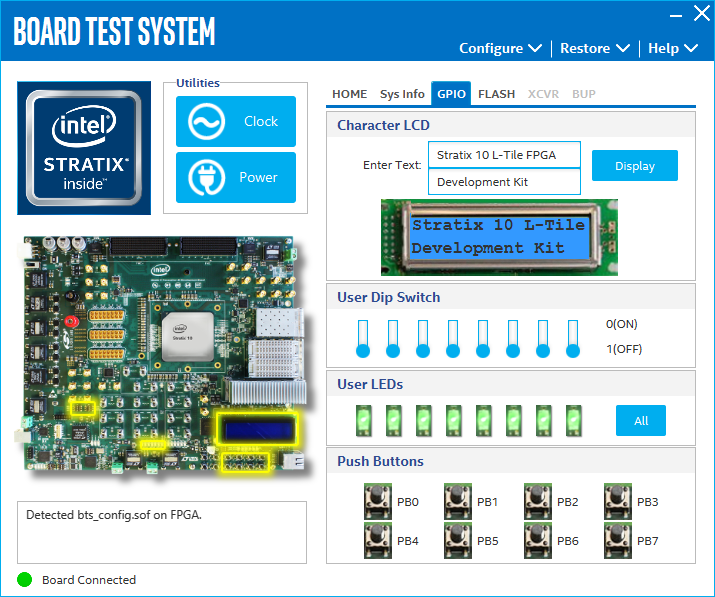 The following sections describe the controls on the GPIO tab.

The Character LCD controls allow you to display text strings on the character LCD on your board. Type text in the text boxes and then click Display. If you exceed the 16 character display limit on either line, a warning message appears.

The User LEDs control displays the current state of the user LEDs. Toggle the LED buttons to turn the board LEDs on and off.