This tab allows you to perform loopback tests on the FMCA port. 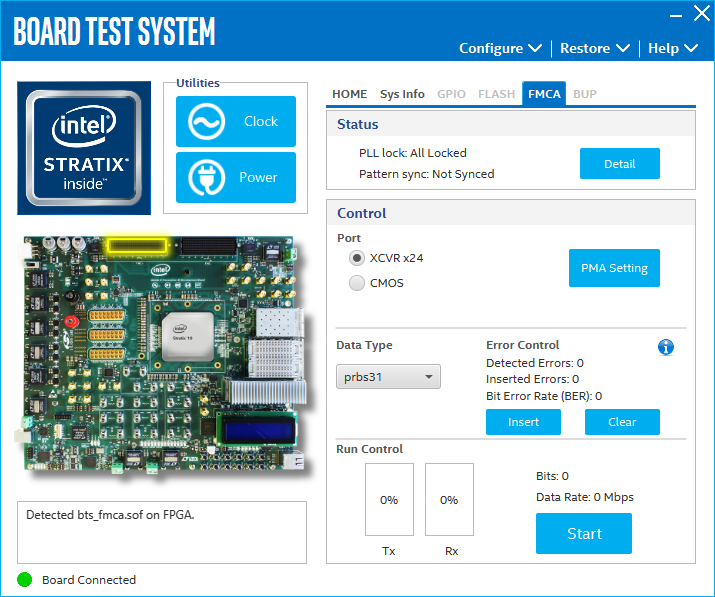 The following sections describe the controls on the FMCA tab.

Displays the following status information during a loopback test:

Allows you to specify which interface to test. The following port tests are available: XCVR and CMOS

Allows you to make changes to the PMA parameters that affect the active transceiver interface. The following settings are available for analysis: 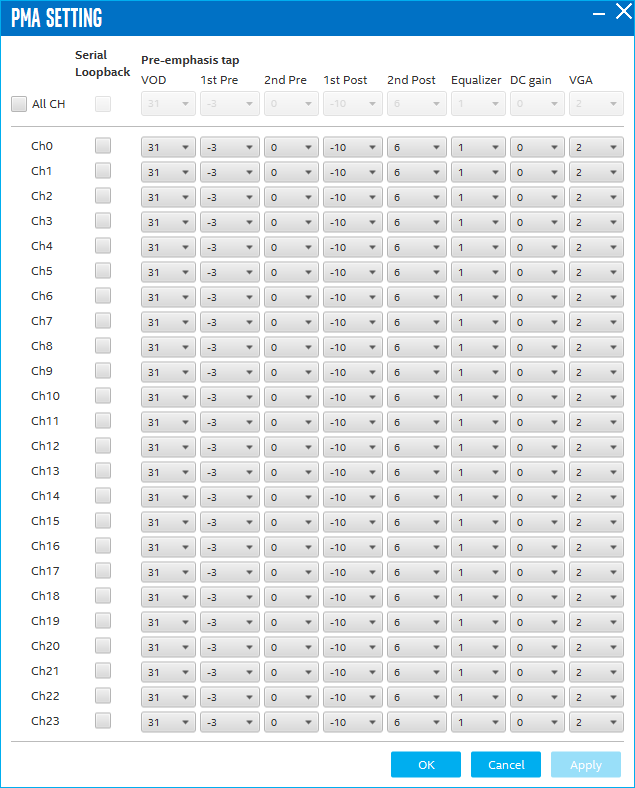 Specifies the type of data contained in the transactions. The following data types are available for analysis.

Displays data errors detected during analysis and allows you to insert errors: