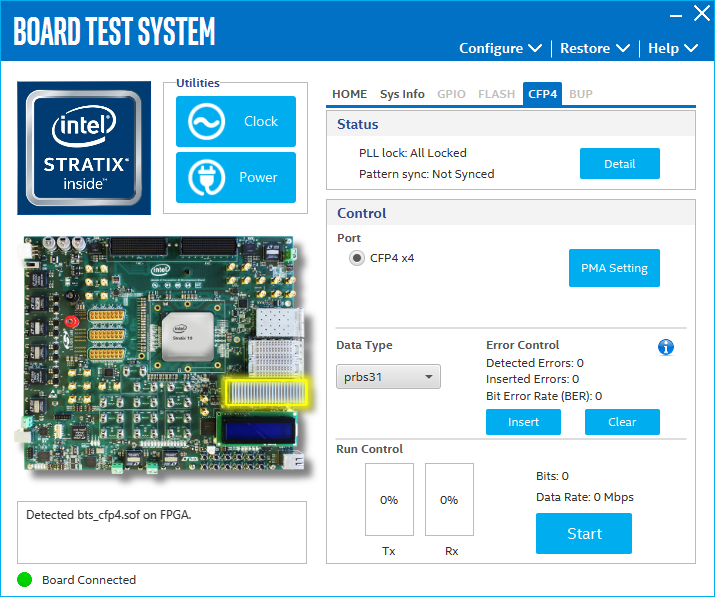 The following sections describe controls on the CFP4 tab.

The Status control displays the following status information during the loopback test:

Use the following controls to select an interface to apply PMA settings, data type and error control:

Allows you to make changes to the PMA parameters that affect the active transceiver interface. The following settings are available for analysis:
Figure 34. PMA Setting

The Data Type control specifies the type of data pattern contained in the transactions. Select the following available data types for analysis:

Settings Hf and LF are for transmit observation only and are not intended for use in the receiver data detection circuits.

This control displays data errors detected during analysis and allows you to insert errors: