In terms of TDR, both configurations have similar performance.

Figure 11. Full channel scattering parameter performances for Dog-Bone Configuration with GND/Void cutout underneath of BGA (Option 2) vs Via-in-pad (Option 1) ConfigurationsFigure shows the identical channel but uses the via-in-pad or dog-bone configuration in the FPGA area.

In this example, the via-in-pad shows slightly better performance. The other advantage of via-in-pad is that it provides more space for fan-out routing. 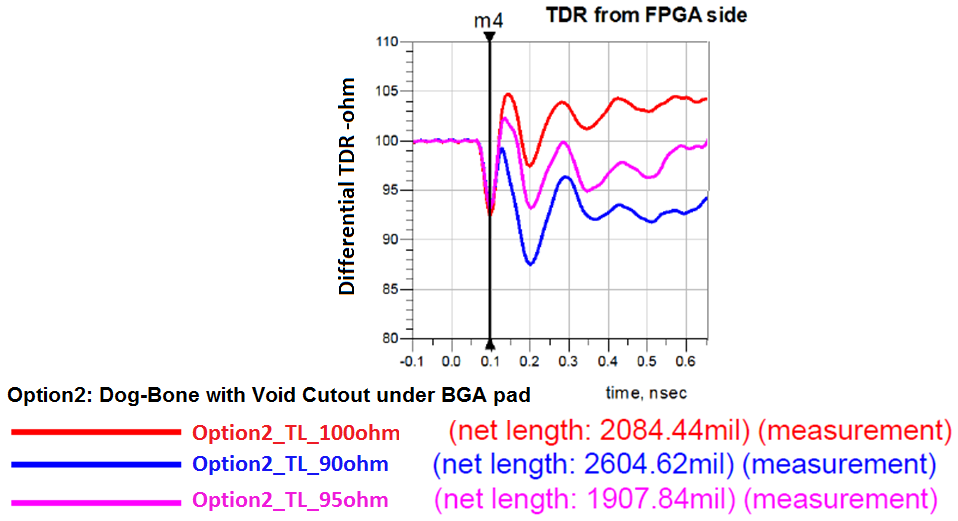