The Link Inspector is enabled by default when the Enable Debug Toolkit is enabled. It tracks up to 1024 state transitions with the capability to dump them into a file.

Figure 75. View of the Link Inspector 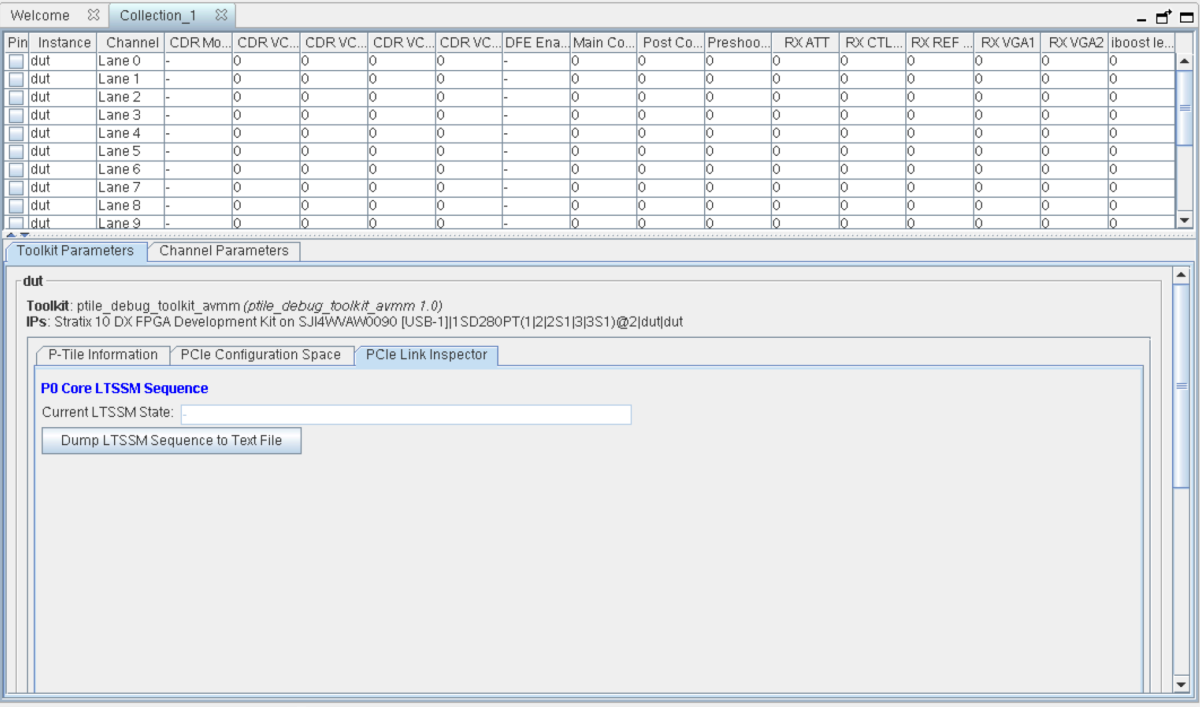 When the Dump LTSSM Sequence to Text File button is initially clicked, a text file (ltssm_sequence_dump_p*.txt) with the LTSSM information is created in the location from where the System Console window is opened. Depending on the PCIe topology, there can be up to four text files. Subsequent LTSSM sequence dumps will append to the respective files.

Note: If you open System Console in a directory that is not writable, the text file will not be generated. To avoid this issue, open System Console from the Command Prompt window (on a Windows system) or change the directory's permission settings to writable.
Figure 76. Example LTSSM Sequence Dump (Beginning) 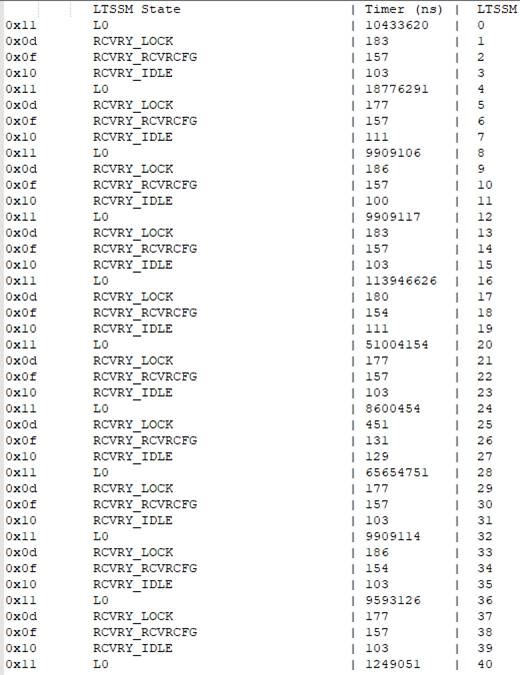 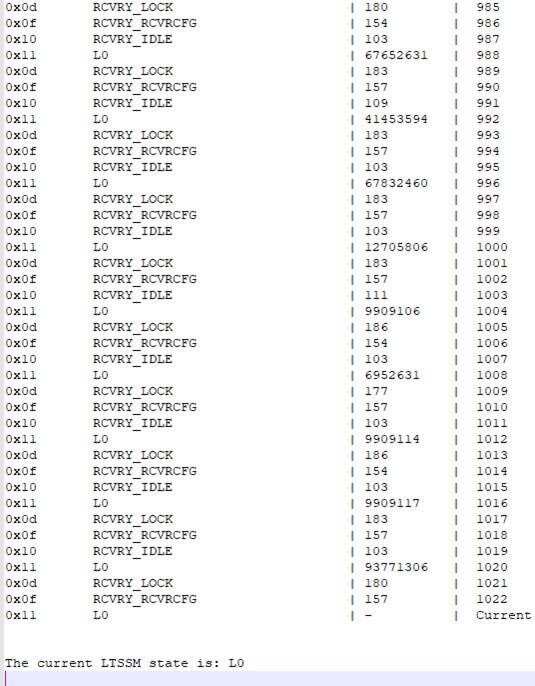 Each LTSSM monitor has a FIFO storing the time values and captured LTSSM states. When you choose to dump out the LTSSM states, reads are dependent on the FIFO elements and will empty out the FIFO.

The Link Inspector only writes to its FIFO if there is a state transition. In cases where the link is stable in L0, there will be no write and hence no text file will be dumped.

When you want to dump the LTSSM sequence, a single read of the FIFO status of the respective core is performed. Depending on the empty status and how many entries are in the FIFO, successive reads are executed.