2.5.2. Features of the Kernel Memory Viewer

Data movement is often a bottleneck in many algorithms. The kernel memory viewer in the High Level Design Report (report.html) shows you how the interprets the data connections across the memory system of your kernel. Use the Kernel Memory Viewer to help you identify data movement bottlenecks in your kernel design. 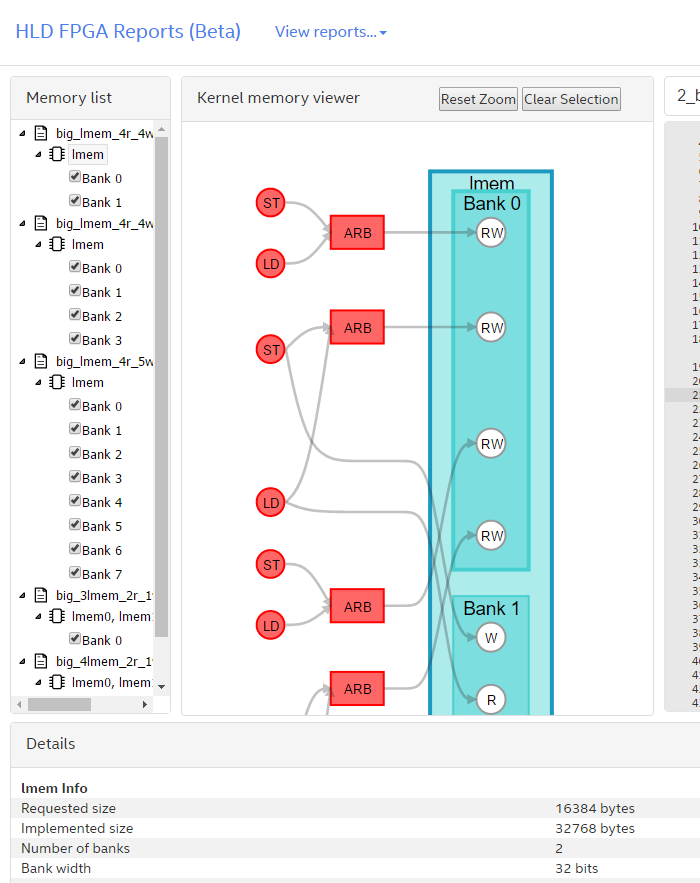 The Kernel Memory Viewer has the following panes:

Memory List
The Memory List pane shows you a hierarchy of kernels, memories in that kernel, and the corresponding memory banks.

Clicking a memory name in the list displays a graphical representation of the memory in the Kernel memory viewer pane. Also, the line in your code where you declared the memory is highlighted in the Source Code pane.

Hover over any node to view the attributes of that node.

Hover over an LSU node to highlight the path from the LSU node to all of the ports that the LSU connects to.

Click on a node to select it and have the node attributes displayed in the Details pane.

The content of the Details pane persists until you select a different node in the Kernel Memory Viewer pane.