To ensure high-throughput single work-item-based kernel execution on the FPGA, the must process multiple pipeline stages in parallel at any given time. This parallelism is realized by pipelining the iterations of loops.

Consider the following simple example code that shows accumulating with a single-work item:

The following figure illustrates how each iteration of i enters into the block: 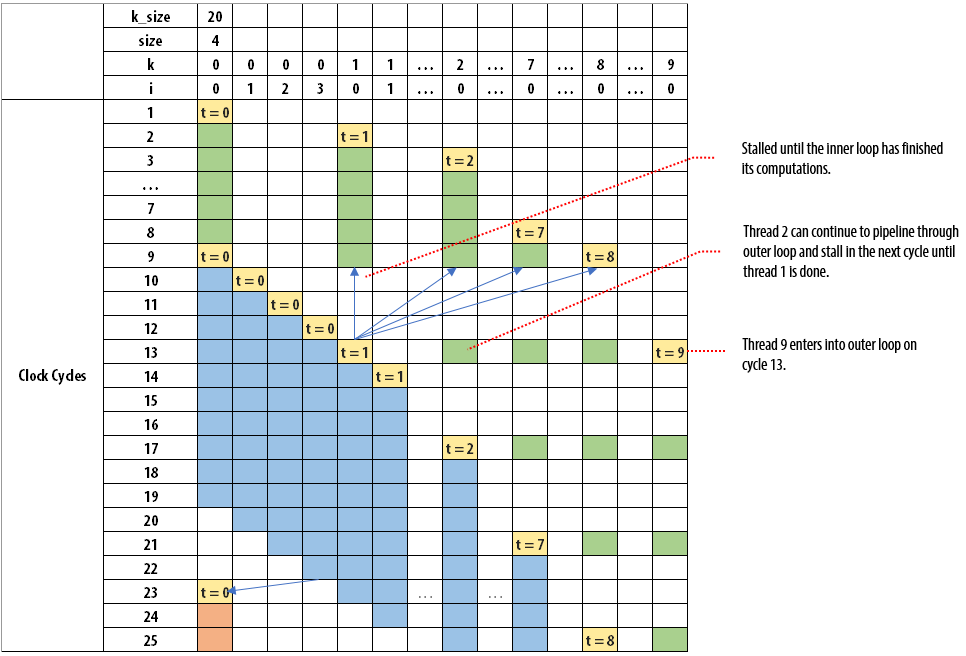 The number of iterations of an inner loop can differ for each iteration of the outer loop. Consider the following code example:

This example shows that for i = 0, inner loop j iterates zero times. For i = 1, j iterates once, and so on. Because the number of iterations changes for the inner loop, the offline compiler cannot infer pipelining.

At steady state, the II of outer loop = II of inner loop * trip count of inner loop. For inner loops with II greater than 1 and outer loop that has no serially executed regions, it is possible to interleave threads from the outer loop. 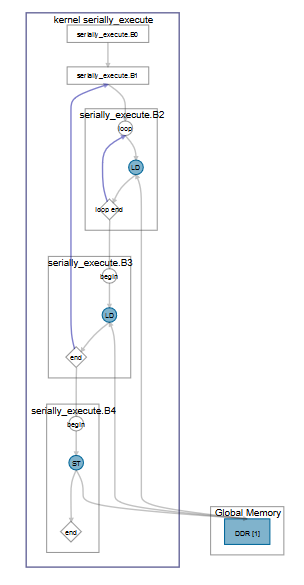 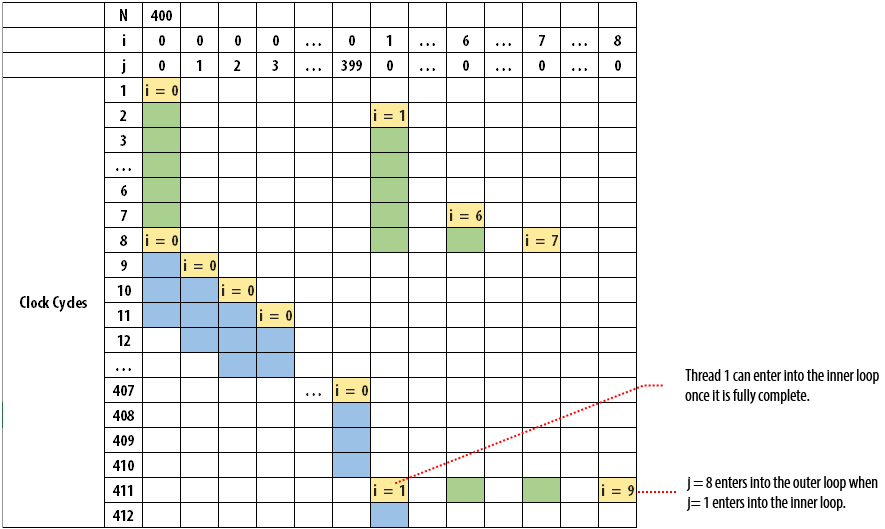