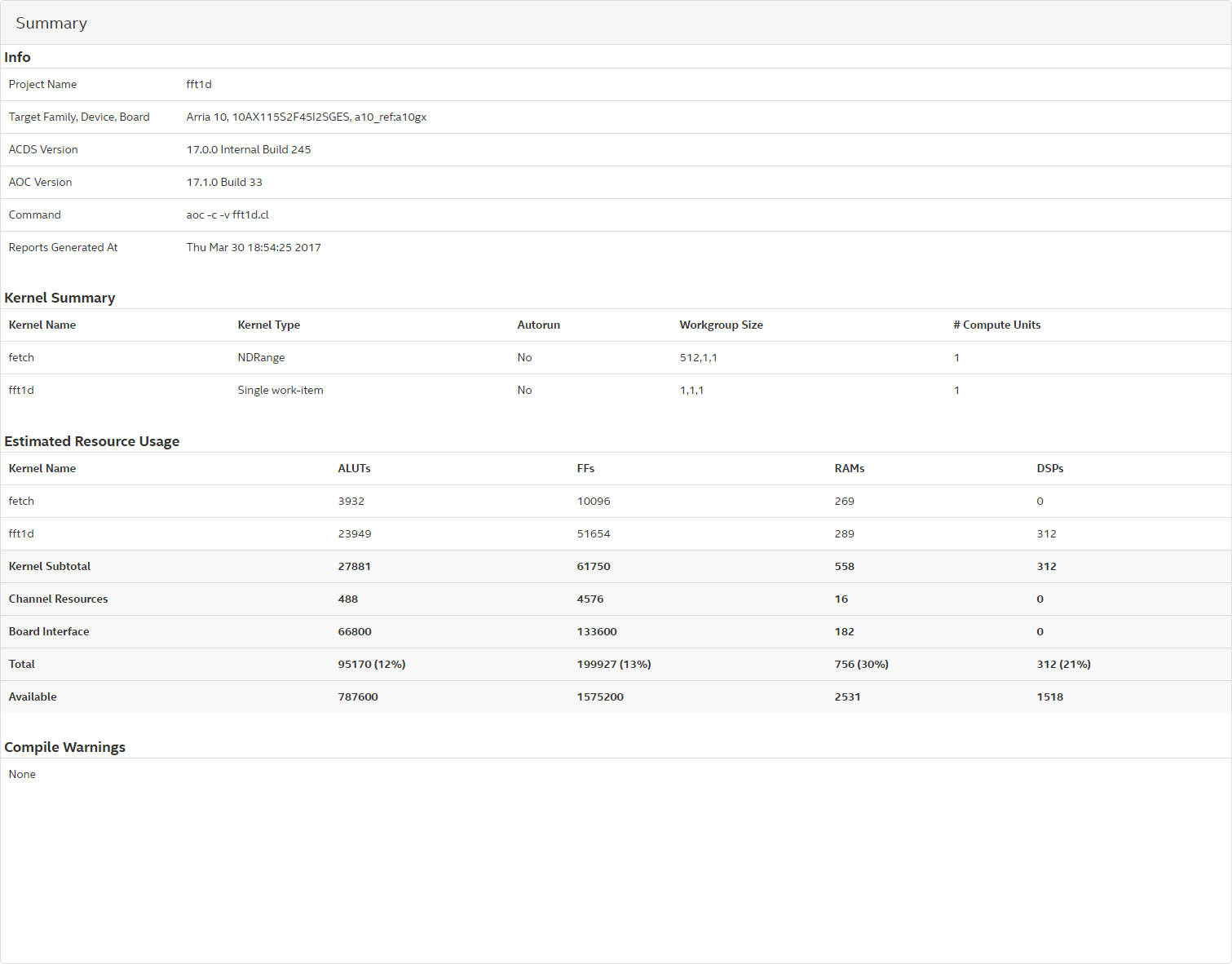 The Info section shows general information about the compile including the following items:

The Compile Warnings section shows some of the compiler warnings generated during the compilation.