This information does not detail the failures that might cause PXE boot to fail. This document provides background on the requirements of a successful PXE boot and describes what happens when no PXE Server is available.

The PXE remote boot process is based on the DHCP protocol. To understand how PXE works, you must first have a basic understanding of DHCP.

DHCP is based on bootstrap protocol, commonly called BootP, which allows systems to get an IP address and remote boot from the network. DHCP adds features, such as dynamic IP addressing and option fields for passing system information.

The client responds to one of the offers with a DHCP REQUEST. The REQUEST message is a UDP packet similar to the DISCOVER message and uses the same source and destination ports and addresses and requests the same parameters.

The PXE boot process extends the DHCP protocol by adding information needed to remote boot a computer. That information includes the client vendor and class enabling the PXE server to select a client-specific image.

The system requesting a PXE boot uses the DHCP DISCOVER message to identify its vendor and machine class and to request the location and file name of an image file. The PXE client identifies its vendor and class of machine because there might be multiple images available through the PXE servers.

Examining an Ethereal* or Wireshark* trace of a PXE boot

Figure 1 is a screen shot of an Ethereal capture of a DHCP DISCOVER message from a PXE client. Note that option 55 (parameter request list) is highlighted, and the parameters that are being requested are listed.

The parameters also include a request for a TFTP server name (option 66) and a boot file name (option 67). Option 60, the vendor class identifier is also requested. A response to the request is optional and is used to inform the client that the PXE server is on a different server than the DHCP server (a DHCP proxy is in use). 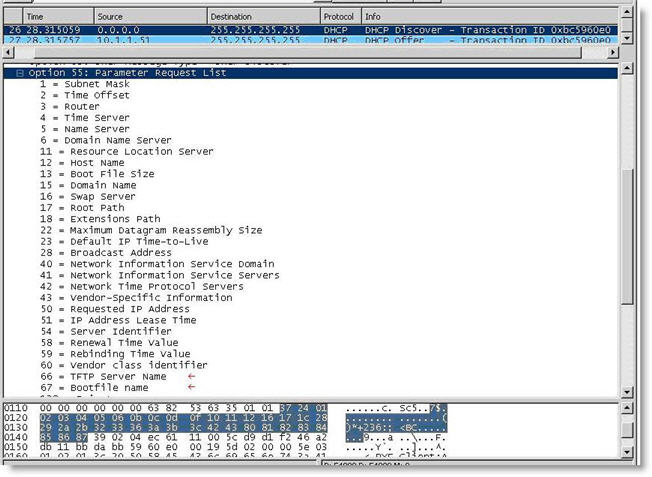 Figure 2 shows the DHCP ACK response to the DHCP REQUEST. The DHCP ACK includes the same options you would observe in the DHCP OFFER. Note that the TFTP server and boot file name are included in the packet when a DHCP transaction succeeds. 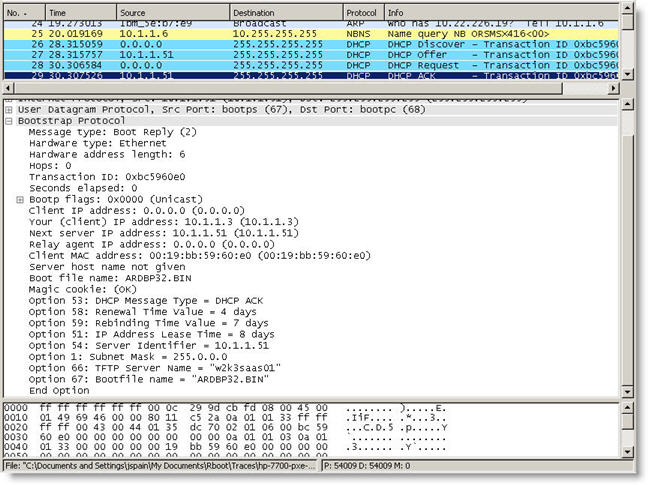 A successful DHCP exchange is followed by a TFTP session starting with a TFTP read request. Figure 3 shows the start of a TFTP session. 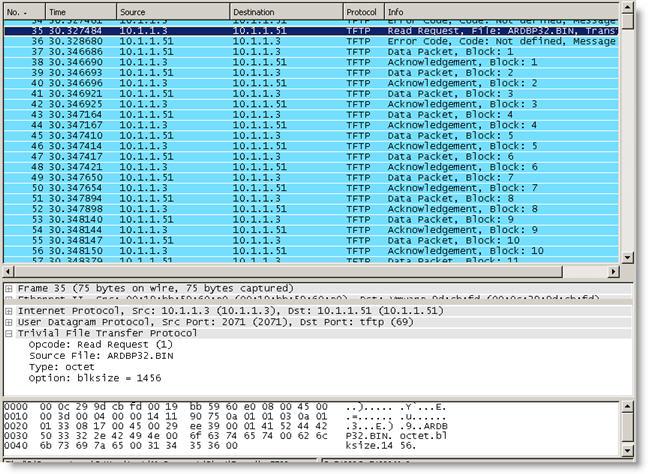 Figure 4 shows a trace from a failed PXE boot because no PXE server is present. Although the PXE client requested a TFTP server name (option 66) and boot file name (option 67), the DHCP OFFER shown does not include option 66 or 67. In this case, the PXE client makes repeated DHCP DISCOVER requests followed by DHCP OFFER responses that do not have the options needed to complete the PXE boot operation. 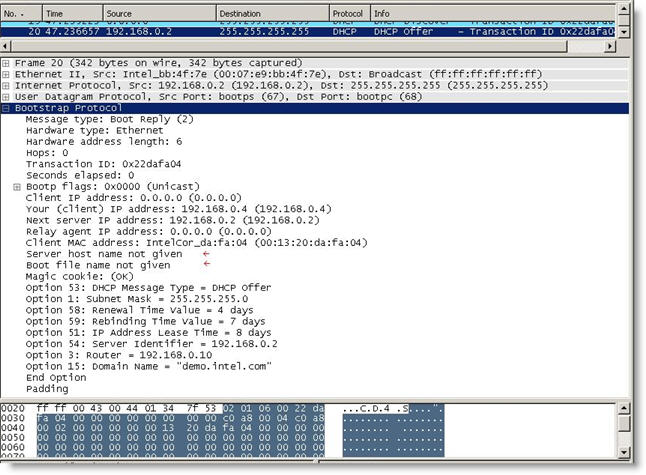 Figure 4. DHCP OFFER
Where no PXE Server is available