Advanced Link Analyzer supports repeater and retimer simulations. A repeater is a device that can be placed within a link where it can provide additional equalization capabilities. It is typically constructed with two major stages: an equalizer stage and a driver stage. The equalizer stage usually contains continuous-time linear equalizer (CTLE) circuitry that compensates the channel before and, possibly, after the repeater depending on the design of the driver stage. The driver stage usually amplifies the equalized signal and may contain an emphasis function so that it may compensate the channel after the repeater. Depending on the driver stage design, a repeater can be a linear repeater, where the driver maintains linear characteristics within the majority of the signal amplitude range, or a non-linear repeater, where a limiting amplifier between the equalizer stage and driver stage can sharpen the waveform’s transition time. Both linear and non-linear repeater simulations are supported in Advanced Link Analyzer.

Similar to a repeater, a retimer is a device that can be placed within a link where it provides additional equalization and jitter/noise cleaning capabilities. A retimer is constructed with two major stages: an equalizer stage, which is equipped with the clock data recovery (CDR) circuitry, and a driver stage. The equalizer with a CDR stage first compensates the channel effects for the link before the retimer, and then the CDR recovers the bit time and data for its output. During this process, it not only compensates for channel effects, but also resets or reduces jitter and noises that may come from the reference clock, transmitter, or other channel components. Also, with the presence of a CDR, more advanced equalization schemes, such as decision feedback equalizer (DFE), can be incorporated in a retimer. The driver stage is similar to that of a repeater. A retimer is non-linear by nature as both the bit time and amplitude are re-generated.

Note that the repeater and retimer IBIS-AMI model may be provided in various formats. The equalizer/CDR stage model, which is with IBIS receiver component type, and the driver stage, which is with IBIS transmitter component type, may belong to the same IBIS model or may be provided in two separate IBIS models. Please consult the vendors for the usage. 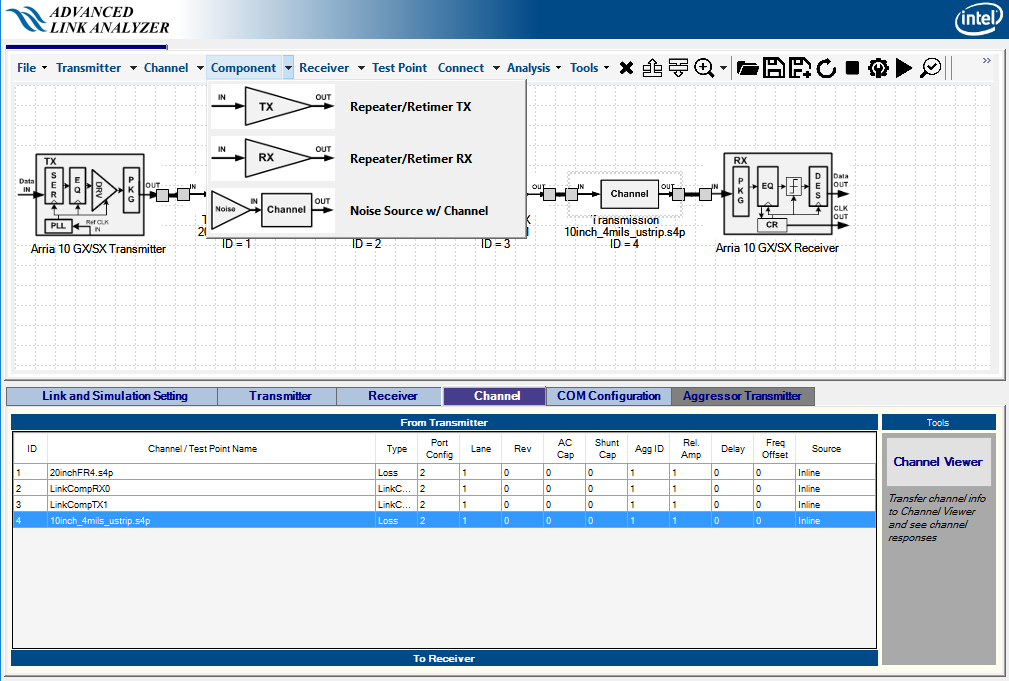 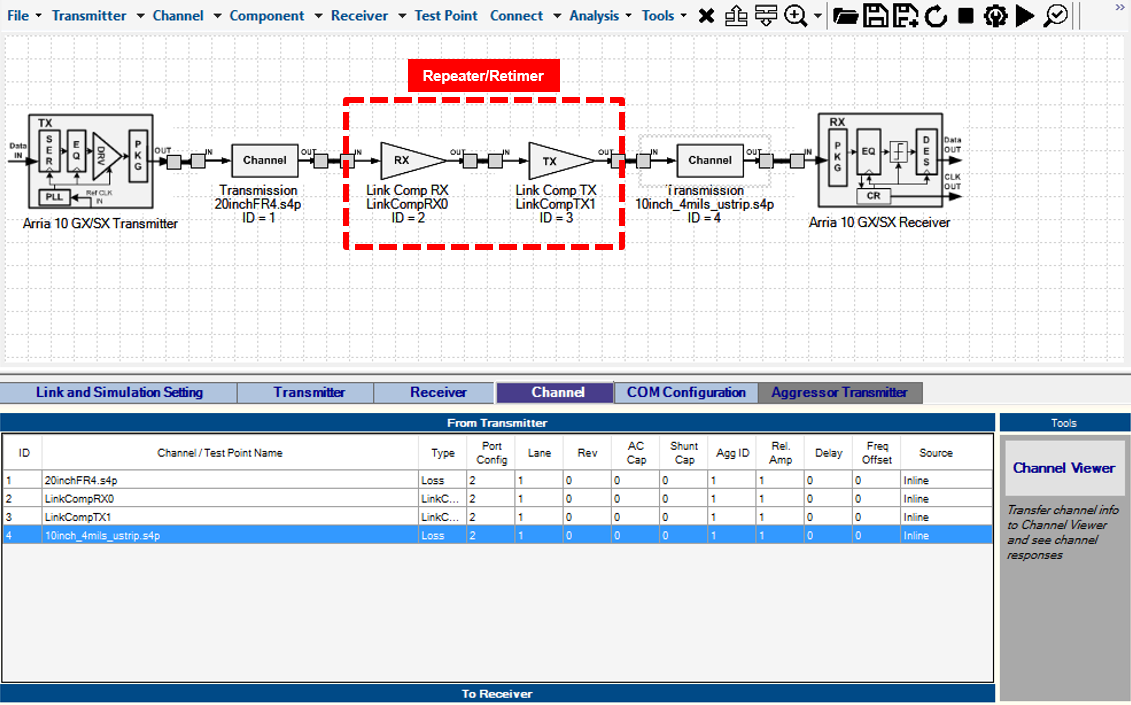