Figure 2. Example Target Design Containing the Minimum Component SetThis is an example of a Platform Designer system with the minimum component set for a system composed of an EPCS serial configuration device. The system also includes other components which relate to the purpose of the system, not to the flash programmer. 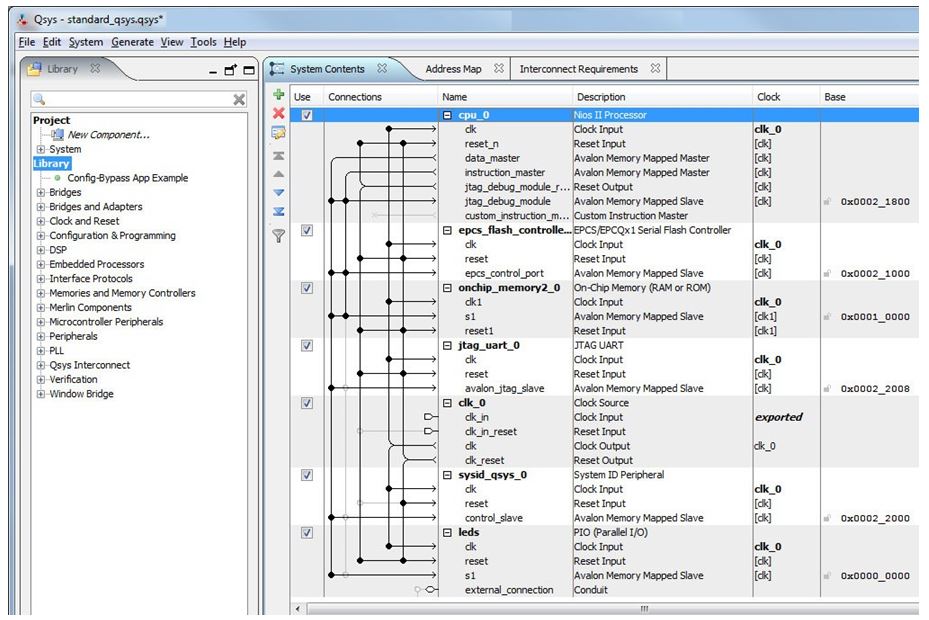 Note: The data master and instruction master of the Nios® II Processor must be connected to the same address space as the On-Chip memory.

Hardware example designs capable of programming the flash memory are provided with development boards. If you are developing for a custom board, consider using one of these example designs as a starting point for your flash programmer target design.

1 If present, a System ID Peripheral component allows the Nios II Flash Programmer to validate the target design before programming the flash memory.
2 A Nios® II system can interface with more than one CFI flash memory device. The system must contain one Flash Memory (Common Flash Interface) component for each flash memory device on the board.
3 Tri-state Conduit Bridge is needed to drive the CFI flash memory signals.
4 Only one of these components is required. Use these controllers to communicate with an EPCQ device in ASx4 mode.
Level Two Title