The Intel® High Level Synthesis (HLS) Compiler can build a hardware memory system using FPGA memory resources (such as block RAMs) for local, constant, and static variables as well as agent memory declared in your code.

In some cases, the Intel® HLS Compiler implements a local, constant, and static variable using registers in the component datapath. However, you can override that implementation by using memory attributes. 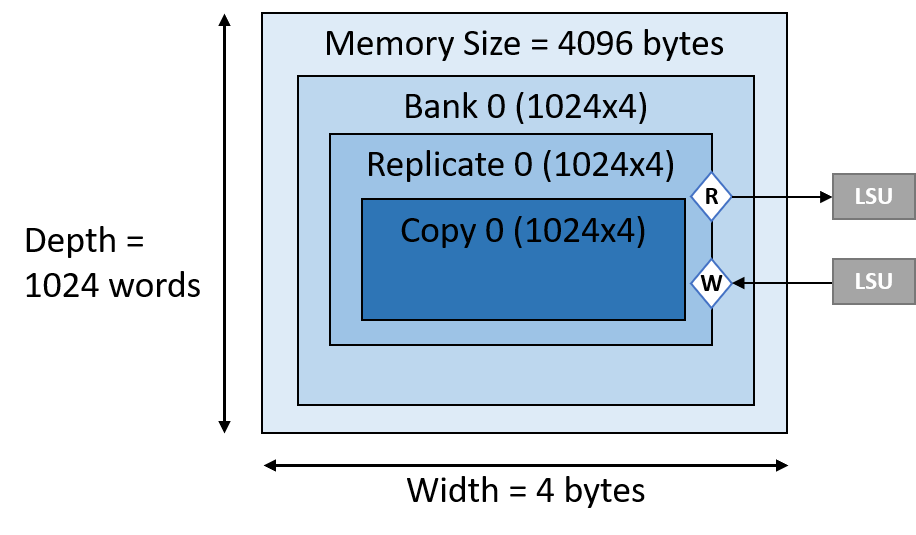 The contents of a memory system can be partitioned into one or more memory banks, such that each bank contains a subset of data contained in the hardware memory: 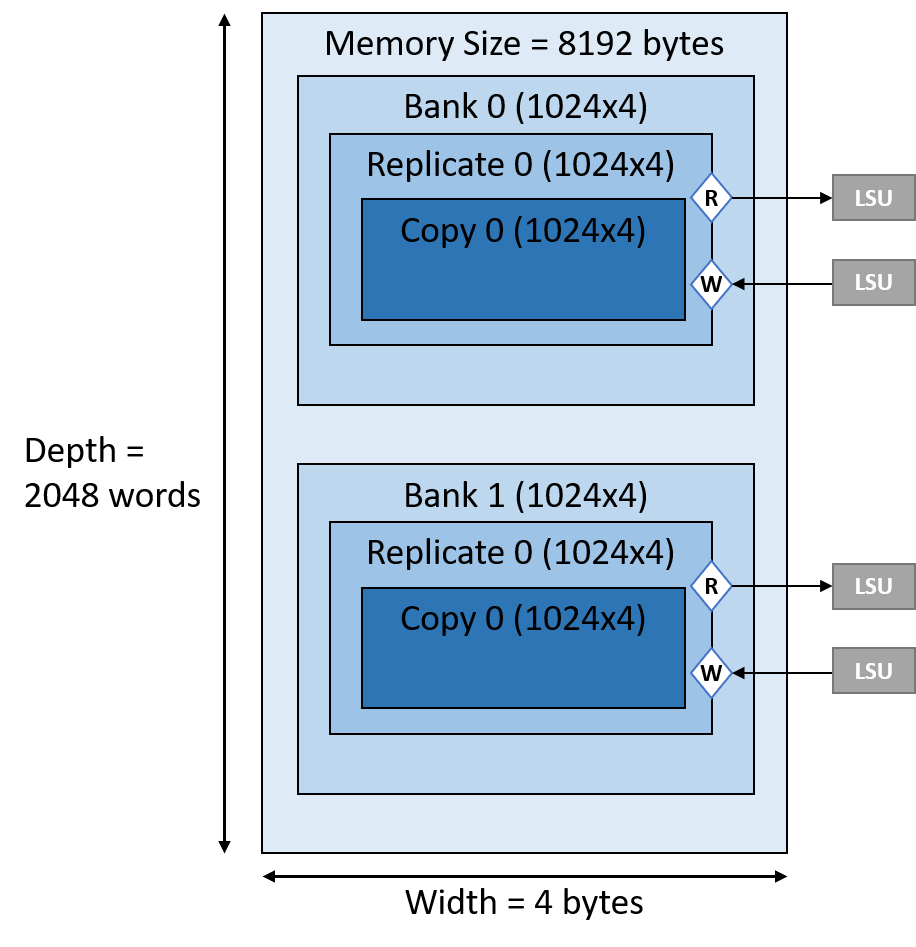 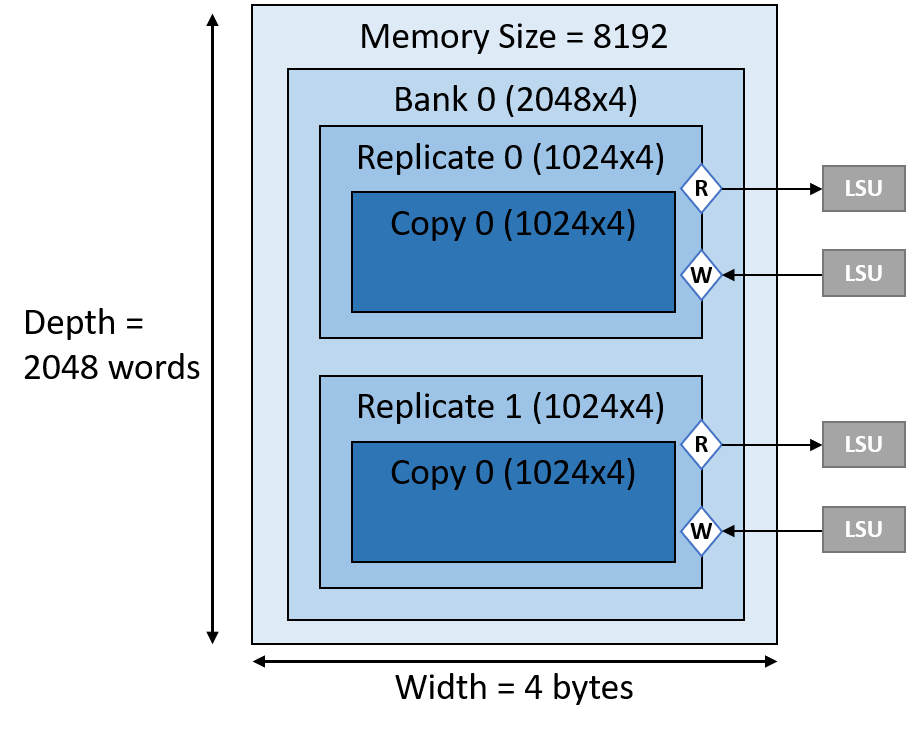 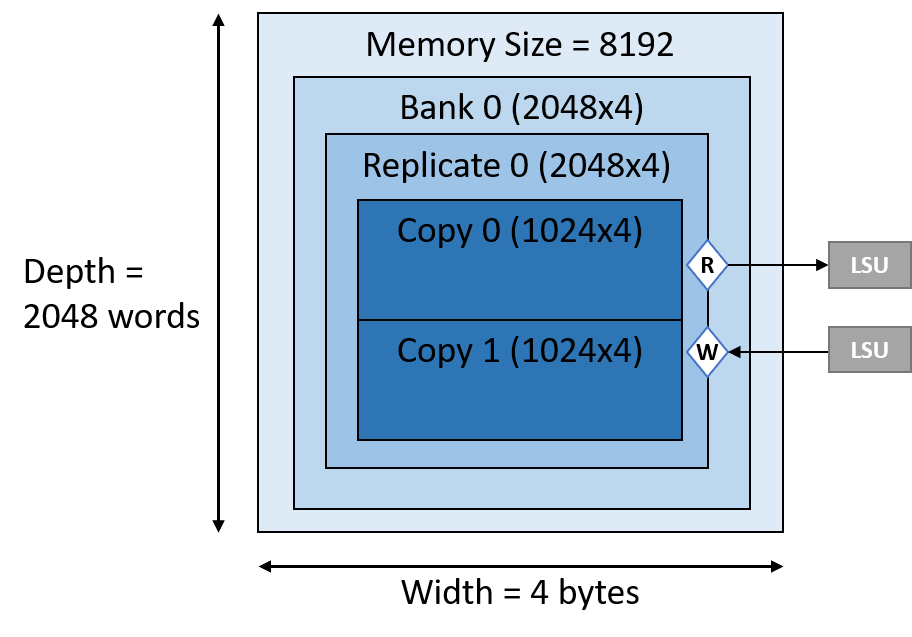 The Intel® HLS Compiler can control the geometry and configuration parameters of the hardware memories that it builds. The compiler tries to create stall-free memory accesses. That is, the compiler tries to give memory reads and writes contention-free access to a memory port. A memory system is stall-free if all reads and writes in the memory system are contention-free.

The compiler tries to create a minimum-area stall-free memory system. If you want a different area-performance trade off, use the component memory attributes to specify your own memory system configuration and override the memory system inferred by the compiler.

These component memory attributes are defined in the "HLS/hls.h" header file, which you can include in your code.

The following code example applies memory attributes to both a declaration and an instantiation:

Constraints on Attributes for Memory Banks

The properties of memory banks constrain how you can divide component memory into banks with the memory bank attributes.

To learn more about these attributes, review the following tutorial: