The Intel® HLS Compiler might coalesce multiple memory accesses into a wider memory access to save on the number of LSUs instantiated.

The compiler typically attempts static coalescing when it detects multiple memory operations that access consecutive locations in memory. This coalescing is usually beneficial because it reduces the number of LSUs that compete for a shared memory interface.

The System Viewer in the High-Level Design Reports for this example show that the design only has one load and one store, each of width 128 bit.
Figure 6. System Viewer Showing Coalesced Memory Accesses 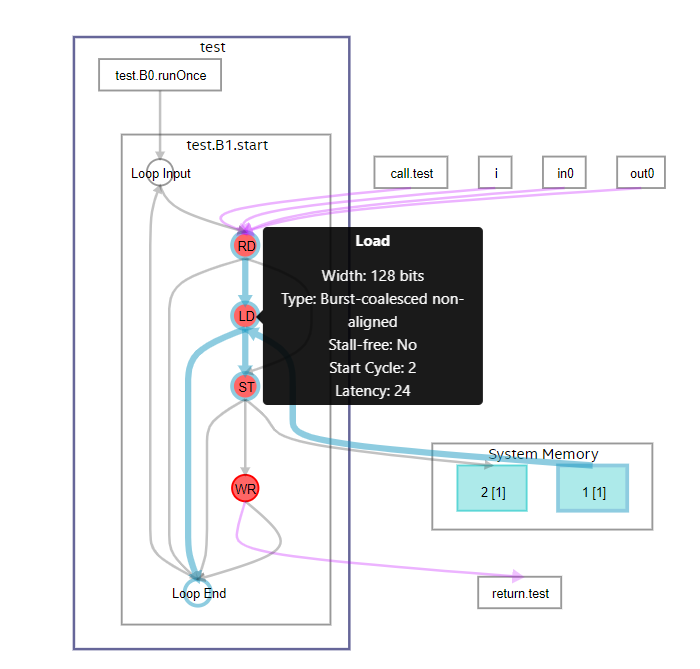 The compiler can infer a statically-coalesced aligned LSU if your coding style guarantees that your memory accesses will not be unaligned. Consider the following code example:

The compiler infers a nonaligned LSU because the compiler cannot determine that all values of j are read from the same word of memory A. Although the range of j matches exactly one word of memory, the accesses might wrap to another word. More than 1 read might be required. If you code your access with a base that aligns with the word width, the compiler can guarantee no wrapping occurs and so the compiler gives you an aligned LSU.