The following figure shows the layout of the Function Memory Viewer: 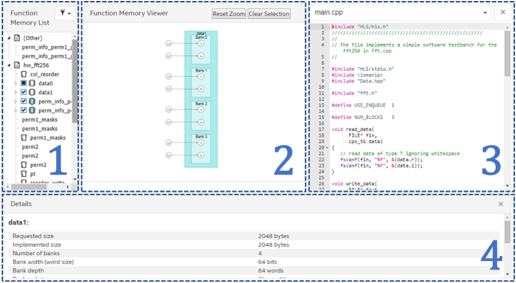 The Memory List pane shows you a hierarchy of component and task functions, with memories that are synthesized (RAMs, ROMs, and registers) and are optimized away in that component or task. 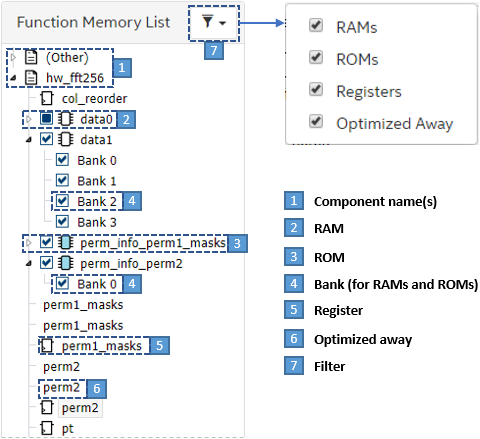 Hover over any node to view the attributes of that node.

Hover over an LSU node to highlight the path from the LSU node to all of the ports that the LSU connects to.

Click a node to select it and have the node attributes displayed in the Details pane.

Clicking on a memory or a bank in the Function Memory Viewer pane highlights the line of your code (in the code view pane) where you declared the memory.

Clicking on a load or store node in the Function Memory Viewer pane highlights the line of your code (in the code view pane) where you read from or write to memory.

The content of the Details pane persists until you select a different node in the Component/Function Memory Viewer pane.