The Early Power Estimator for Intel® Stratix® 10 devices employs shading to distinguish between input and output fields, and to help identify fields with only one allowed value.
Figure 6. Input Fields with Shading 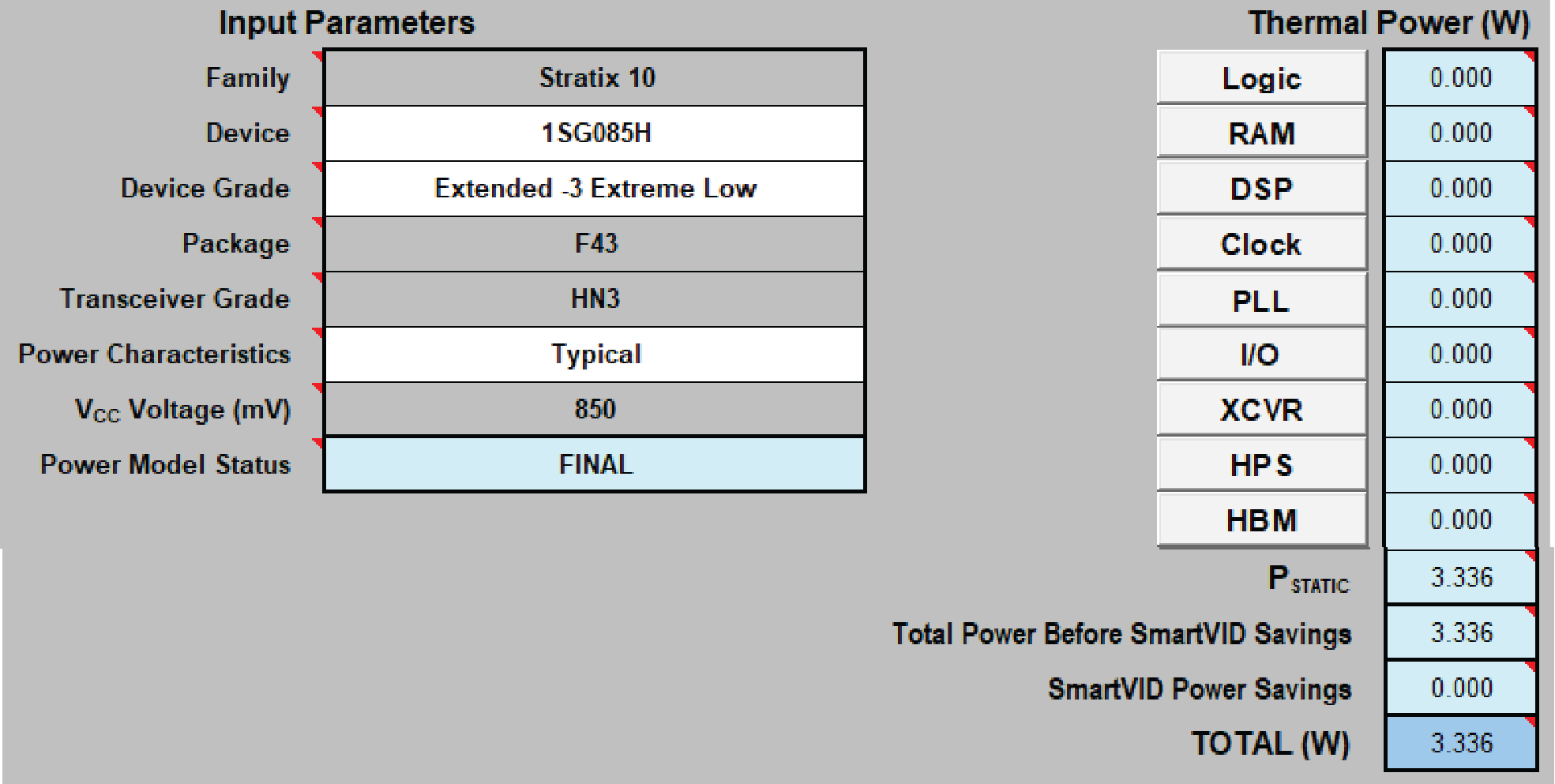 Input fields that currently have only one allowed value, such as Transceiver Grade in this example, have gray shading. In this example, there is only one supported transceiver grade for the selected combination of device, device grade and package. A different combination of device, device grade and package may support more than one transceiver grade, in which case the Transceiver Grade field shading would turn white.