I am pleased to announce the 2022 version of the award winning Intel® oneAPI tools. These enhanced tools offer expanded cross-architecture features to provide developers greater utility and architectural choice to accelerate computing. The tools offer high-performance support for programming in Python, C++, OpenMP, MPI, Fortran, SYCL, C, and through a wide collection of oneAPI libraries.

New capabilities include performance acceleration for AI workloads and ray tracing visualization workloads; expanded support for a wider range of devices; ever expanding support for standards; new microarchitecture optimizations; over 900 new features since the laun

ch of the 2021 version; LLVM-based compilers that span C, C++, Fortran, SYCL, and OpenMP in a common unified manner; data parallel Python for CPUs and GPUs; and advanced accelerator performance modeling and tuning.

These programming development tools are available immediately via download from Intel® Developer Zone, plus apt-get, Anaconda, and other repositories, as well as being pre-installed for easy use on Intel® DevCloud, and in containers. Using Intel® DevCloud, you can try out oneAPI on CPUs, GPUs, and FPGAs!

oneAPI helps supercharge your AI workflow by offering seamless software acceleration. Libraries such as oneDNN, oneDAL, oneCCL, and oneMKL form the foundation that drives the performance and productivity of Intel’s portfolio of AI tools and framework optimizations.

Using oneAPI libraries, optimizations added to Tensorflow have shown 10x performance gains compared to prior versions without our optimizations. Machine learning algorithms in Python are improved an average of 27 times faster in training and 36 times faster during inference thanks to optimized scikit-learn you can download from Anaconda and elsewhere. Based on real delivered results, with very little effort, it is easy to see why our optimizations are being incorporated into many of the most popular AI frameworks, distributions (including Anaconda), and applications to help power AI and machine learning.

The VentureBeat article Scaling AI and data science – 10 smart ways to move from pilot to production is an excellent place to learn more about how the open, interoperable, and extensible AI Compute platform that we are building will help with Scaling your AI projects to production. Also read about Software AI Accelerators and how they can help you boost your AI performance for free for the same hardware configuration.

Our implementation of oneAPI, the Intel® oneAPI tools, are based on decades of software products from Intel that have been widely used for building many applications in the world and built from multiple open source projects to which Intel contributes heavily. The tools are true to the oneAPI vision of supporting multiple device types and architectures; we see constantly expanding support for CPUs, GPUs, FPGAs, and more. 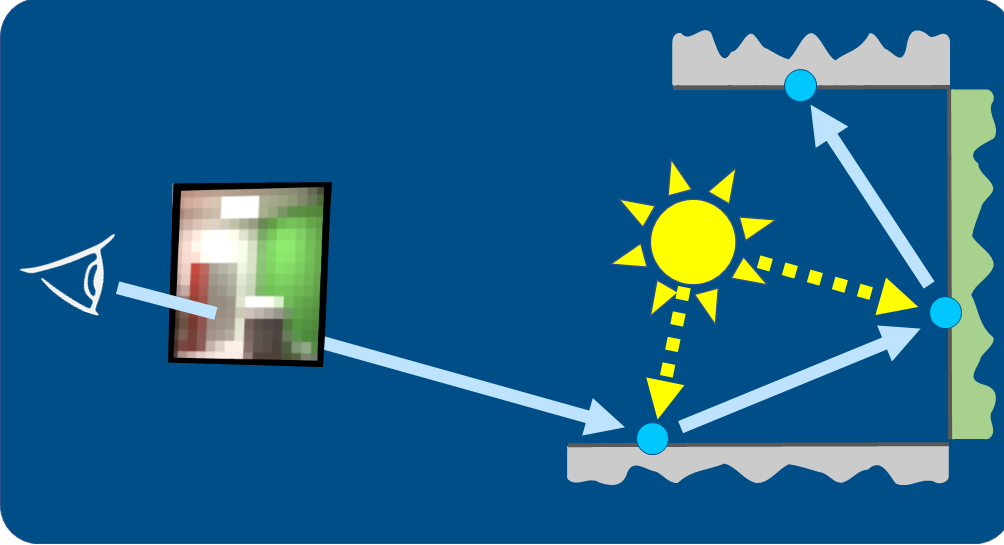 Path Tracing is an algorithm for simulating light transport in a 3 dimensional environment to produce an image.  To render complex photorealistic scenes with multiple real-world elements (e.g., trees, cars, people, tables, etc.), a combination of memory size and computational algorithm demands has kept it primarily in the professional realm of film, detailed product design, and supercomputer scientific visualization with the best processing platform being CPUs.  Recent technology developments are bringing path tracing’s eye-popping photorealistic imagery to everyone through the addition of GPU Ray Tracing acceleration.

Adding ray tracing hardware on GPUs is transforming the graphics industry, but it creates a challenge for software developers: more platforms to program. The oneAPI approach of encouraging and supporting programming with an xPU mindset helps avoid the extreme case of having separate code bases for CPUs and GPUs.

We have a solution now, an xPU path tracer built with the oneAPI Rendering Toolkit libraries, the Academy Award winning Embree, and the cutting-edge AI denoiser Open Image Denoise.

Watch this video to learn more about Embree.

Path Tracing, using Intel software, helped clean up noise in the visual effects for an animated MGM feature film The Addams Family 2. An in-depth article on Forbes, explores the details of how this works and why it matters.

oneAPI offers incredible capabilities and performance, while putting a damper on the disadvantages of having multiple code bases to maintain.

FPGA programming via SYCL support in the DPC++ compiler keeps getting richer including features such as arbitrary precision integer, fixed point, floating point, and complex data types, pipes for kernel-to-kernel and kernel-to-IO communication, and the buffer_location accessor property for control over memory allocations in deployments with multiple memory types (e.g., HBM, DRAM, and/or Optane).  We will continue to add features to provide more control over FPGA designs in the upcoming year.

Intel DevCloud offers access to Intel® Arria® and Intel® Stratix® FPGAs. Early next year, we will add Intel® Agilex™ FPGAs, with up to 40% higher performance (geomean vs. Intel® Stratix® 10) or up to 40% lower power for applications in data center, networking, and edge compute, to the Intel DevCloud. Using Intel DevCloud, you can try out oneAPI on CPUs, GPUs, or FPGAs – get started today, and enjoy 2022 as we grow with additional hardware. 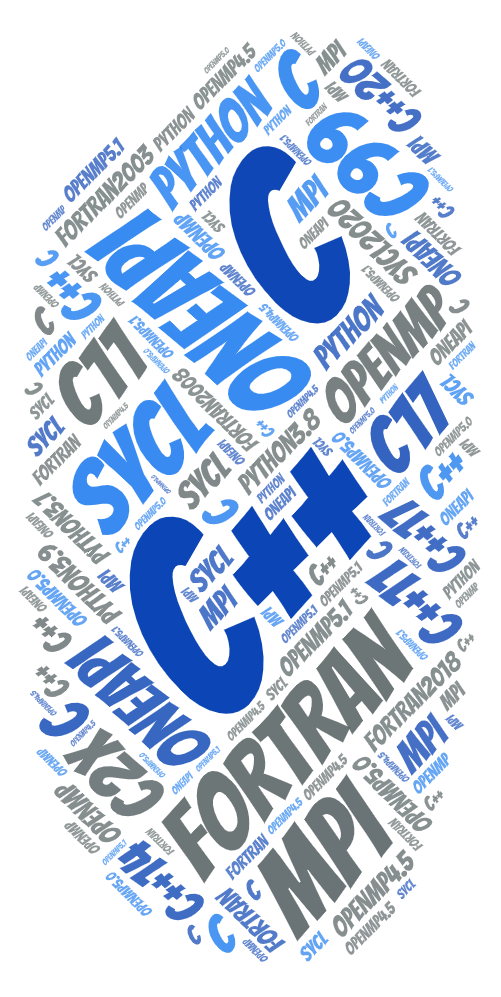 Here is an update on our aggressive support of industry language standards:

Our Python support optimizes the performance of Python 3.x.

Your Asked, We Deliver 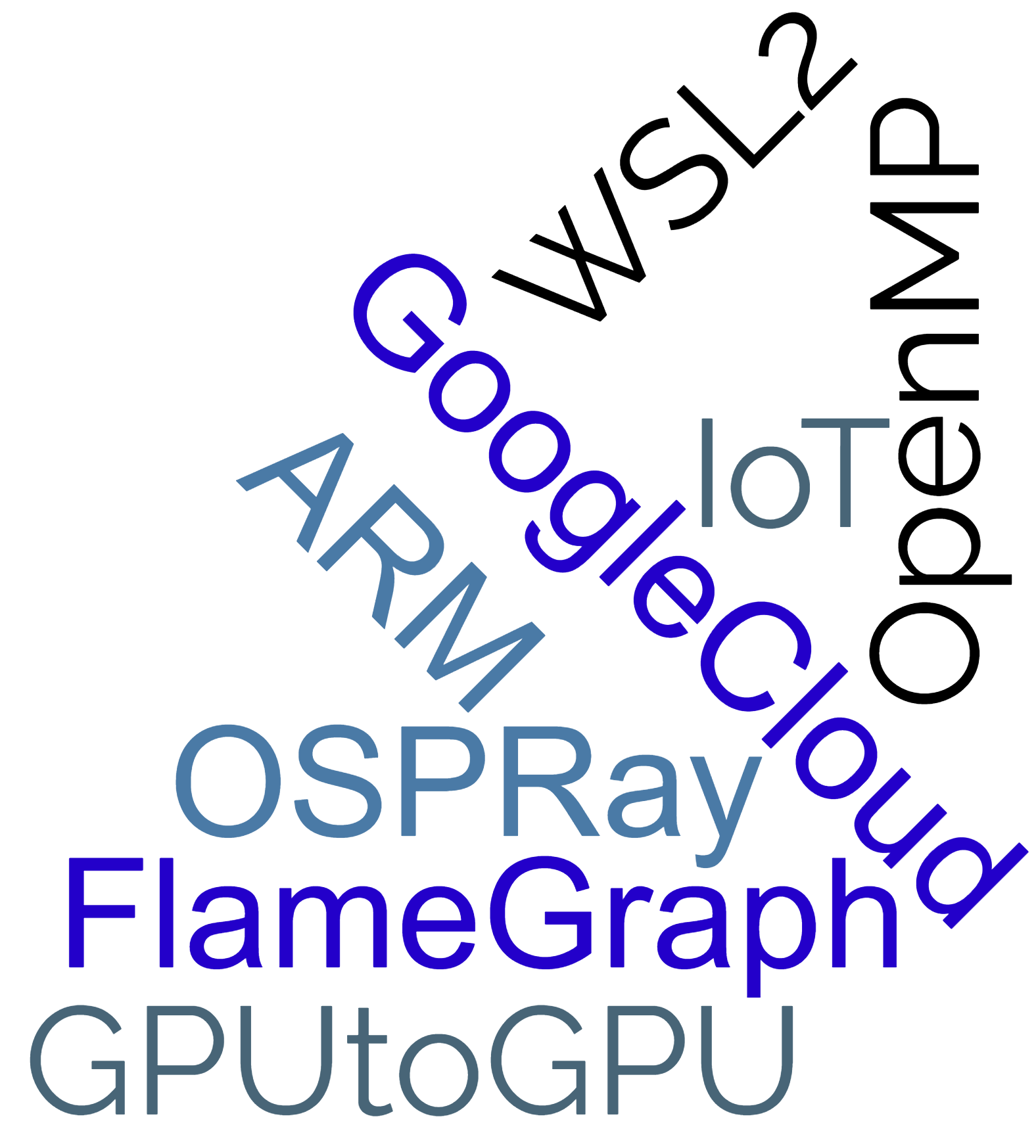 Here is a sample of the over 900 new features Intel oneAPI 2022 tools deliver:

Get the Tools Now

You can get the updates in the same places as you got your original downloads - the Intel oneAPI tools on Intel Developer Zone, via containers, apt-get, Anaconda, and other distributions.

The tools are also accessible on the Intel DevCloud which includes very useful oneAPI training resources. This in-the-cloud environment is a fantastic place to develop, test and optimize code, for free, across an array of Intel CPUs and accelerators without having to set up your own systems. 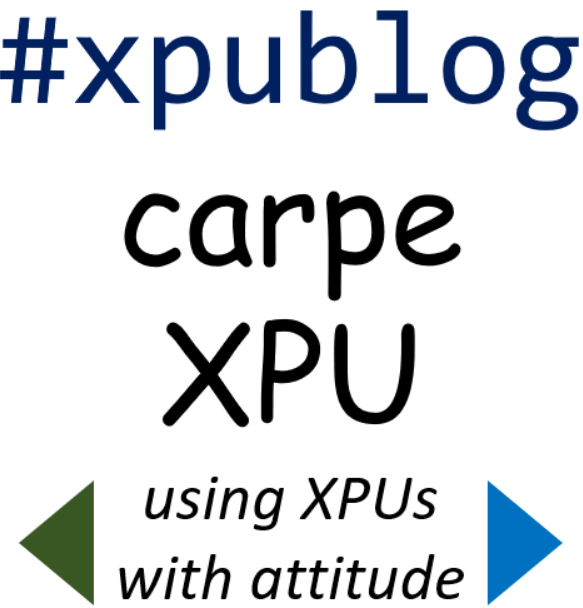 oneAPI makes programming tasks truly open this heterogeneous computing era, so that common tooling; including libraries, compilers, debuggers, analyzers, and frameworks; exist to support systems regardless of vendor or architecture.

I encourage you to update and get the best that Intel oneAPI tools have to offer. When you care about top performance, we are here to help.

Be sure to post your questions to the community forums or check out the options for paid Priority Support if you desire more personal support.

Visit my blog for more encouragement on learning about the heterogeneous programming that is possible with oneAPI.

oneAPI is an attitude, a joy, and a journey - to help all software developers.