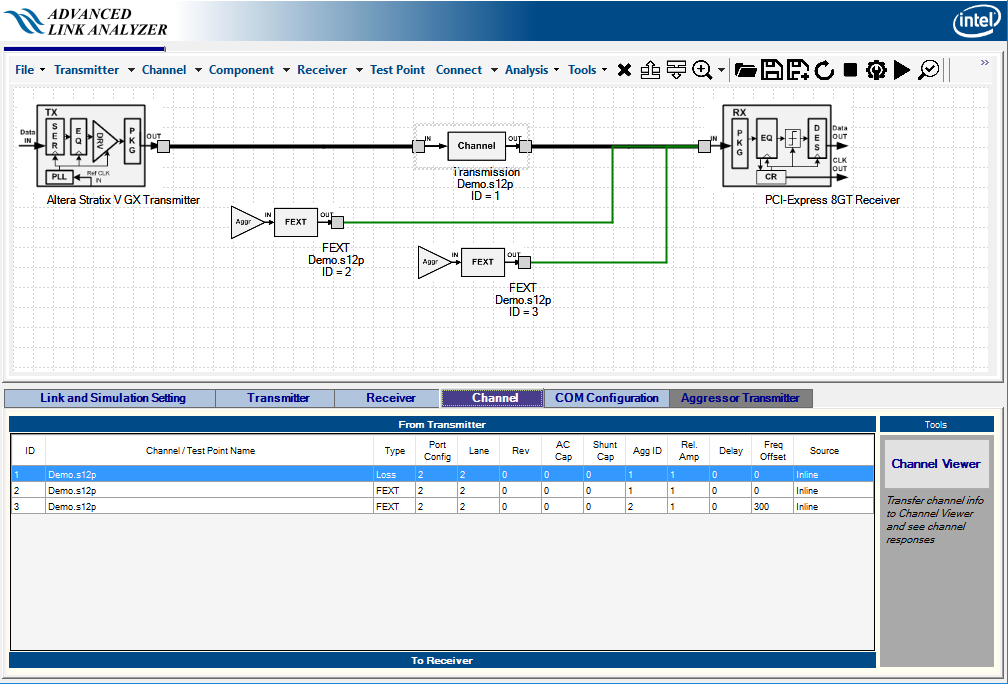 Follow the steps described in the previous section to set up a link with crosstalk channels. In the Channel Wizard window, in the Signal Source menu of the Crosstalk Aggressor panel, select the Inline, Transmitter, or one of the eight available Aggressor types.

Figure 76. Setting Up the Crosstalk Aggressor for a Crosstalk Channel 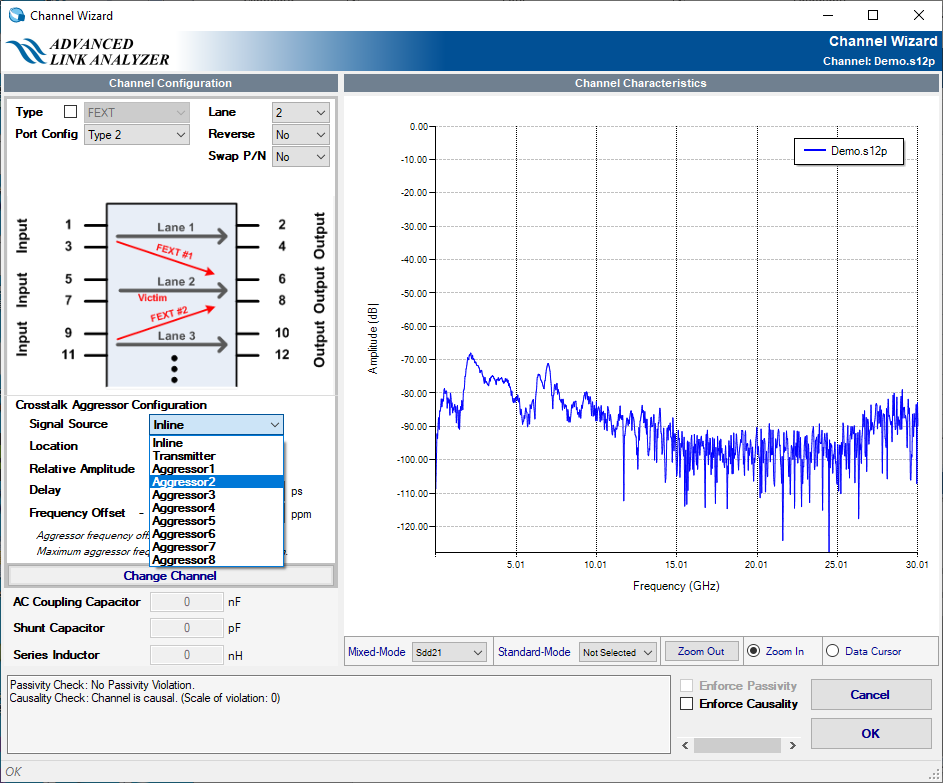 After completing the configuration in the Channel Wizard, go to the Advanced Link Analyzer GUI and select the Aggressor Transmitter tab. 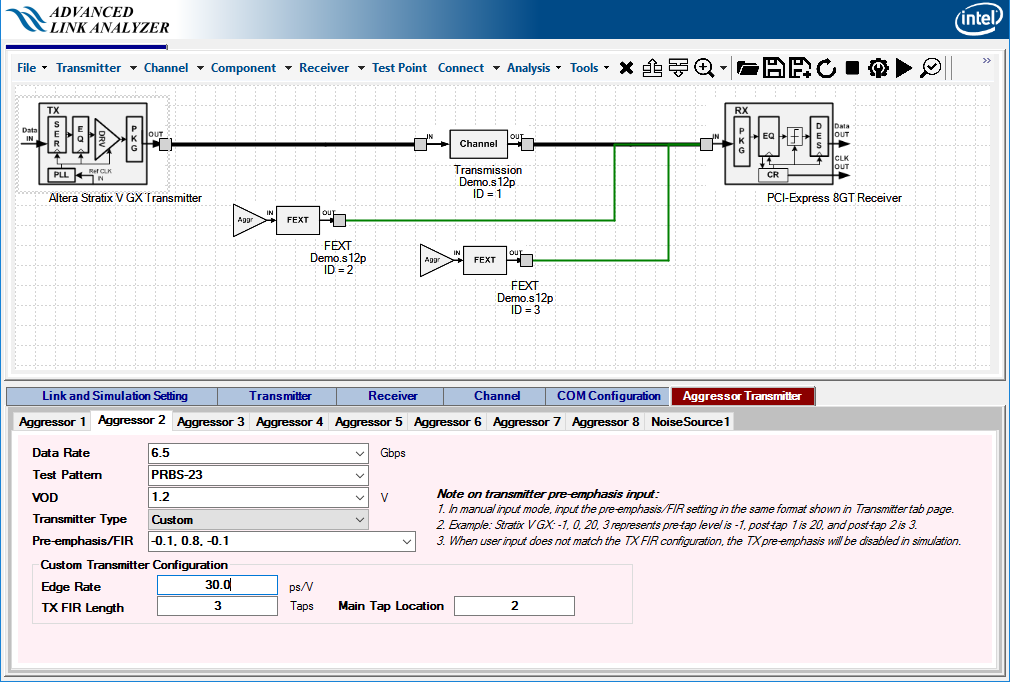 Within the Aggressor Transmitter tab, there are eight aggressor types associated with the aggressor types in the Channel Wizard’s Signal Source menu. Each aggressor can be configured as follows:

If the transmitter type is Custom, the following parameters are also used: