To analyze the BitBangUartReceive() function, perform the following steps:

Completing these steps verifies that both the transmit and receive functions of the UART work in polled mode.

Figure 19. incoming_character Variable Is Set to the Character Entered on the Console 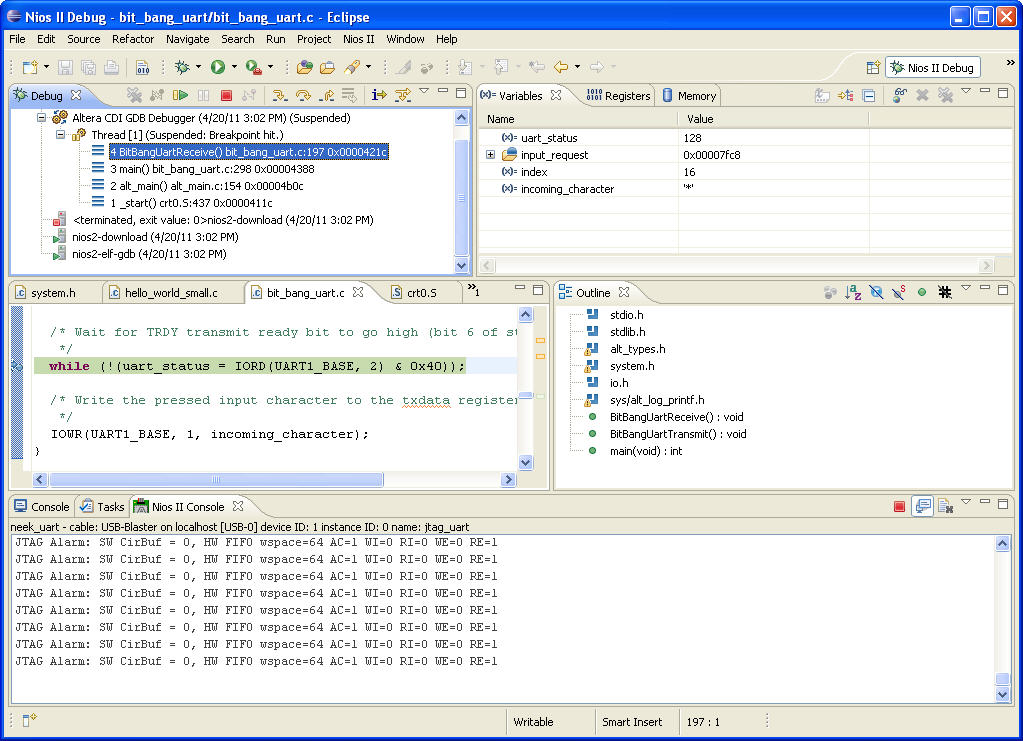