The following figure shows the template for a 2.5 V I/O standard. This model consists of near-end and far-end board component parameters. 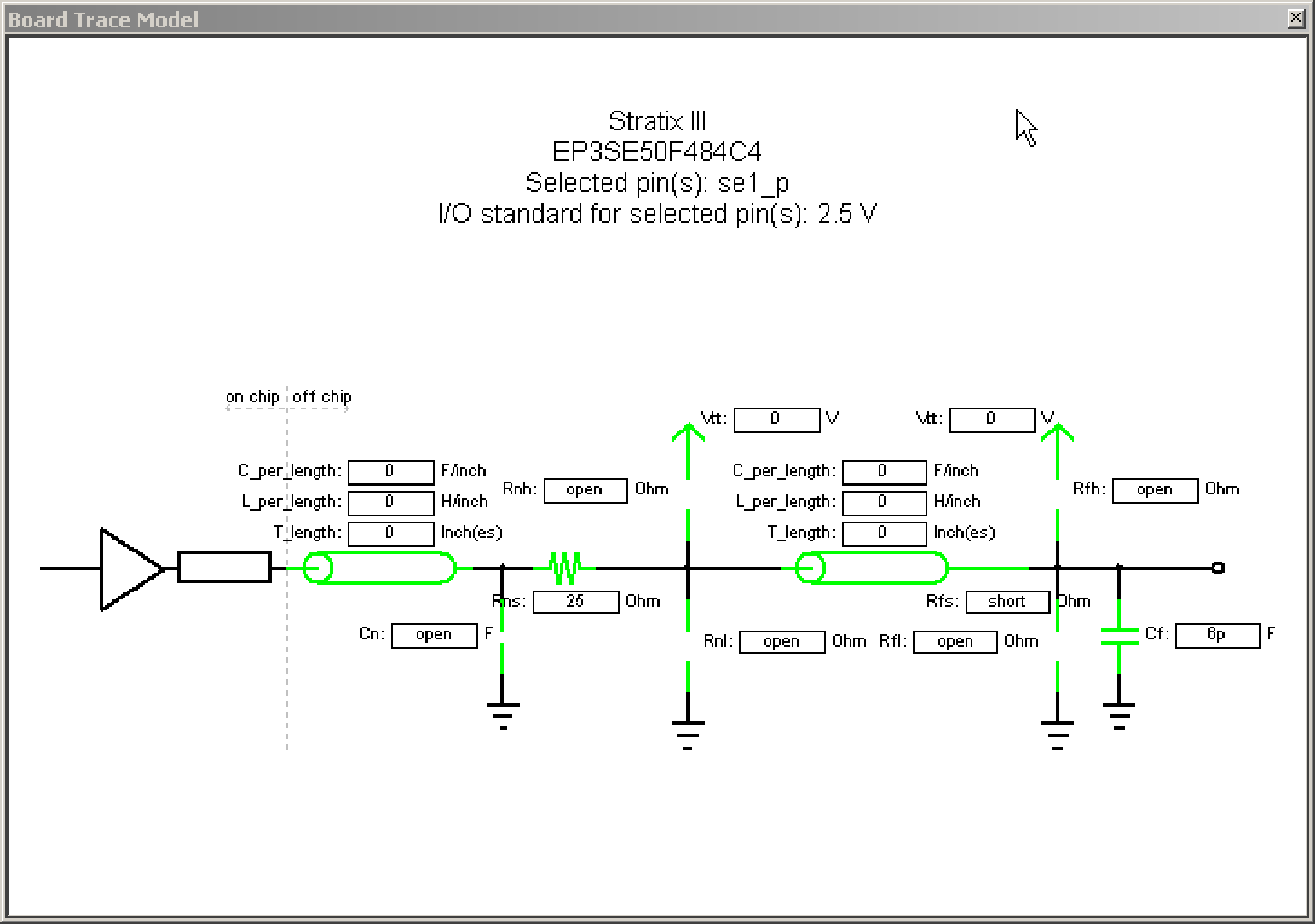 The Intel® Quartus® Prime software models of transmission lines do not consider transmission-line resistance (lossless models). You only need to specify distributed inductance (L) and capacitance (C) values on a per-inch basis, which you can obtain from the PCB vendor or manufacturer, the CAD Design tool, or a signal integrity tool, such as the Mentor Graphics* HyperLynx* software. 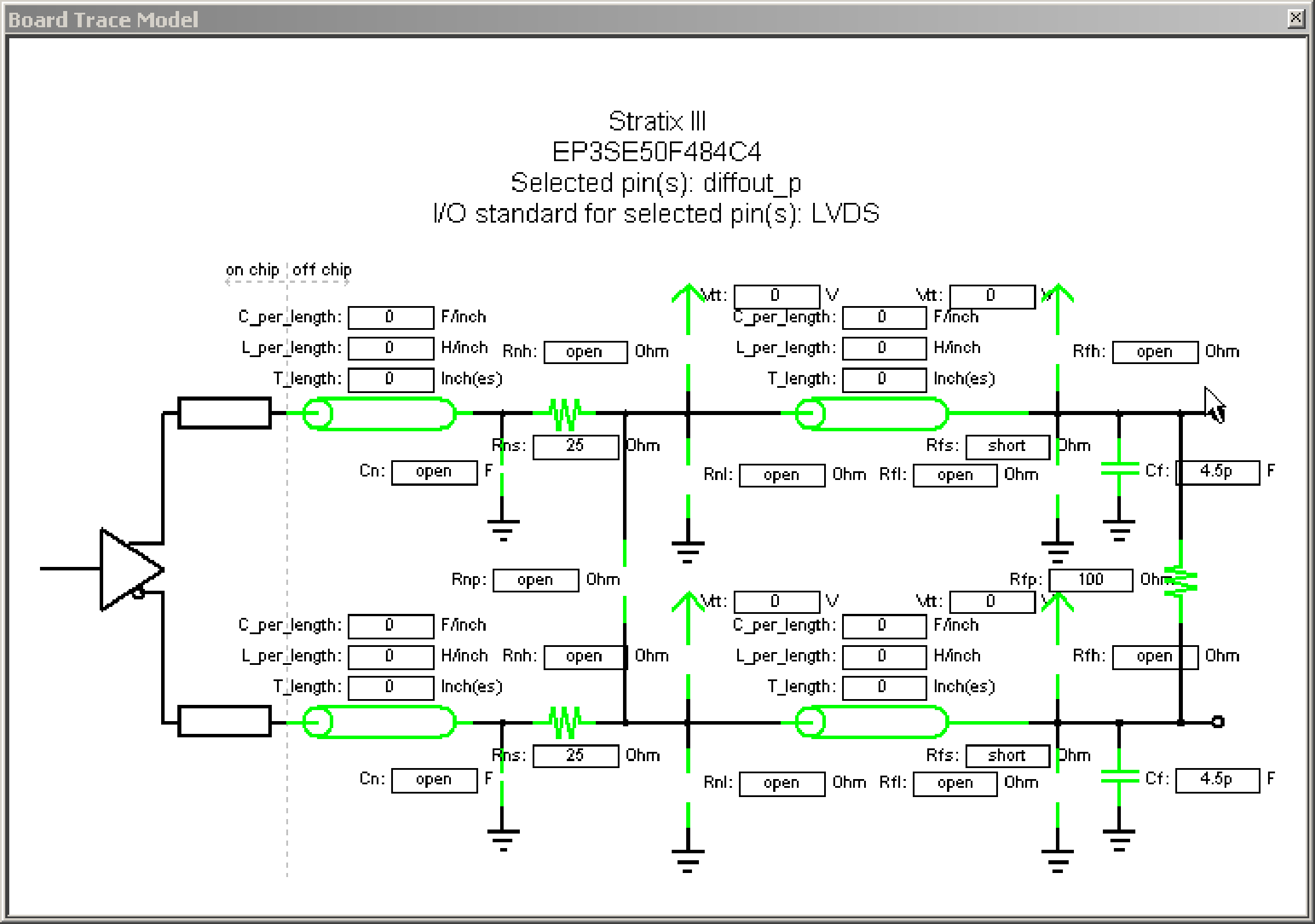