If each stage of this loop takes one clock cycle to execute, then this loop has a latency of nine cycles.
The following figure shows the pipelining of the loop from Figure 29.
Figure 30. Pipelined loop with three stages and four iterations 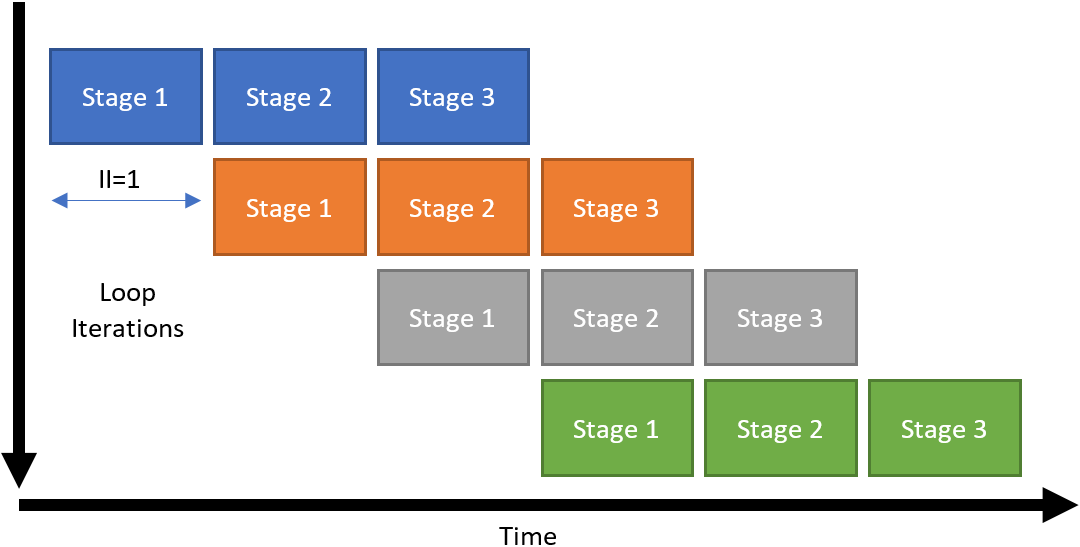 Not all loops can be pipelined as well as the loop shown in Figure 30, particularly loops where each iteration depends on a value computed in a previous iteration.