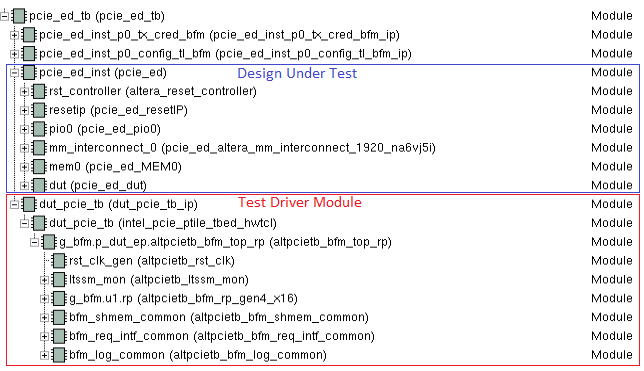 The testbench starts with link training and then accesses the configuration space of the IP for enumeration. A task called downstream_loop (defined in the Root Port PCIe BFM altpcietb_bfm_rp_gen4_x16.sv) then performs the PCIe link test. This test consists of the following steps: