Now available as a Universal Windows* Platform application on the Microsoft* Store, the BitMar* streaming portal provides unlimited, one-stop access to the best shows, movies, and videos on the internet.

Over the past several years, television giants have taken their catalogs of hit shows online, and cable channels now feature streaming episodes on their websites. The internet is bursting at the seams with amazing programming, and yet finding something to watch is more of a hassle than ever. Streaming content is scattered across many different services and domains, making the time-honored practice of channel surfing a difficult to impossible task.

The BitMar* streaming portal, now available for the Microsoft* Windows® 10 operating system (OS) as a Universal Windows* Platform (UWP) app, seeks to simplify the process of watching favorite shows on the web, allowing users to easily navigate the ocean of streaming content. Compatible with desktops, tablets, and two-in-one devices, the app serves as an online media hub, gathering streaming content from all over the internet into a single, convenient user interface.

According to BitMar Networks’ founder and CEO Jonathan Rodriguez, the app can be thought of as a better search engine for discovering streaming content—a good and worthy cause. Whereas a typical search engine fails to discriminate between quality content and filler that nobody wants to watch, the BitMar app is fine-tuned for seeking out entertainment that is perfect for long, leisurely viewing sessions.

Simply select a channel from a drop-down menu or type out the name of a favorite actress into the search bar, and the app takes care of the rest. Querying the Bing* API with a search algorithm, the program filters out the fluff, combing the internet for full-length episodes while ignoring everything else. At the click of a button, the screen is populated with page upon page of sitcoms, dramas, and movies from both subscription services and free websites—and the free content is always listed first. 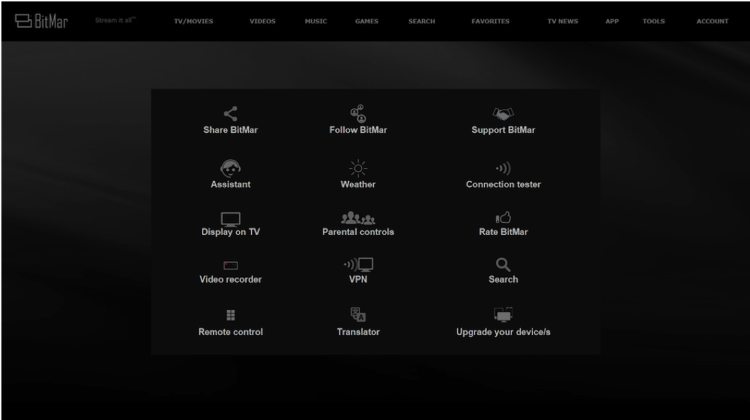 Remarkably, the BitMar app organizes the vast amount of streamable content into a single, user-friendly interface, allowing people to kick back and flip between the best shows and movies on the net. But in order to bring a better streaming experience to the masses, the development team needed some help universalizing their app.

Rodriguez knew from the start that he wanted a BitMar application on Windows® 10 OS. Moving the app to the platform, however, was easier said than done. The app simply could not pass UWP certification for placement on the Microsoft* Store, and the team did not know why.

Microsoft is pivoting towards the UWP platform, a universal platform allowing a single app to run across a multitude of Windows® 10-enabled devices, meaning that legacy Win32 applications must be converted to UWP apps to be compatible with the environment. Developers who fail to conform to the new specifications risk being left behind and missing out on a big portion of Windows® 10’s 700 million-strong active user-base**.

While UWP conversion can be a pain, Intel Corporation streamlines the process through its unique relationship with Microsoft. An account manager at Intel was able to assign a Microsoft engineer to oversee the project and that engineer provided the development team with step-by-step instructions on how the app must behave in the new Windows environment. Soon after, the app was approved and published on the Microsoft Store, and this time, the approval stuck.

“There would never have been a UWP app without Intel stepping in,” says Rodriguez. “It would have taken too many trial-and-error executions.”

Without a doubt, Intel Corporation provides developers with the support they need to venture into an unknown operating environment. Meanwhile, tried-and-true Intel® hardware ensures the end-user experience remains optimal on the new platform. In particular, applications like BitMar that involve streaming content benefit from the boost in performance.

Rodriguez recommends running the BitMar app on an 8th Generation Intel® Core™ i3 processor or greater since an underperforming central processing unit (CPU) can detract from the overall quality of the stream. In fact, the app will occasionally display banners encouraging users with lagging processors to visit Intel’s homepage and upgrade their system with a CPU made by Intel.

The BitMar app, which was developed on Intel® hardware, performs at its best when there is consistency between the development platform and the processor found in the home user’s system. Devices equipped with Intel® Core™ processors enjoy an unrivaled performance, including:

The path to turning a great idea into a great app is not always a straight line. The road zigs and zags as new technologies emerge and older methods become obsolete. But Intel Corporation provides developers with solutions they can count on during every step of development.

“Our partnership with Intel helps us to see what is coming next,” says Rodriguez. “They help us to see beyond the project on which we are currently working.”

With deep connections to big players in digital marketplaces and powerful hardware that developers can depend on no matter where the trail takes them, Intel gives developers a foothold in the ever-changing information technology industry.

Visit the Microsoft Store to download the BitMar app for Windows® 10 OS today.

Head over to the Intel® Partner Programs page for more information on solutions the company provides for its partners.