The original article is published by Intel Game Dev on VentureBeat*: Warframe: A success story built on player respect. Get more game dev news and related topics from Intel on VentureBeat. 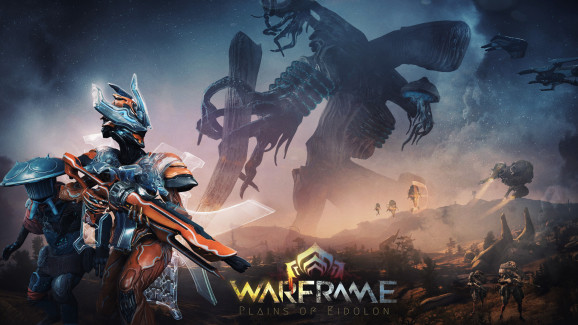 The Plains of Eidolon is home to a number of strange creatures and inhabitants. But none are as eye-catching as the small army of space ninjas running through the open-air marketplace. Their otherworldly armor comes in all sorts of shapes and colors, with some so bright that they seem to outshine the stars themselves.

These flamboyant warriors represent Warframe’s hardcore players, the ones who’ve been championing the free-to-play online action game for years. Since its release in 2013, Digital Extremes has been slowly building Warframe (available on PlayStation 4, Xbox One, and PC) into a massive success.

“One of our philosophies from the beginning has been that we experiment and take calculated risks with the game to keep everything as fresh as possible, keep players interested over time,” said vice president of publishing Meridith Braun.

It’s a philosophy that’s served them well so far: Warframe has more than 30 million registered users across all platforms. And with the recent release of the free Plains of Eidolon update, which added the game’s first expansive environment, the number of concurrent players on PC peaked at 121,377, shattering its previous record of 69,526.

While both fans and Digital Extremes are happy with Warframe’s growth, it wasn’t always a sure thing.

Warframe came out at a time when the F2P business model was just starting to catch on with Western developers, and live games (a.k.a games-as-a-service) was uncommon among the big studios and publishers. But with record-setting sales numbers coming from games like Destiny 2, Grand Theft Auto Online, and Overwatch, live services are practically the norm now. Many players are spending months or even years (and parting with more of their money) on a single title that’s constantly updated with new content.

“I think we got very lucky with a lot of good guesses. … The awesome part of what we get to do with Warframe is that we get to experiment on things that may seem like a good idea at the time,” said Braun. “Most of the time that works out; sometimes it doesn’t. When it doesn’t, we stop doing those things. When it does, we double down and make them even bigger.” 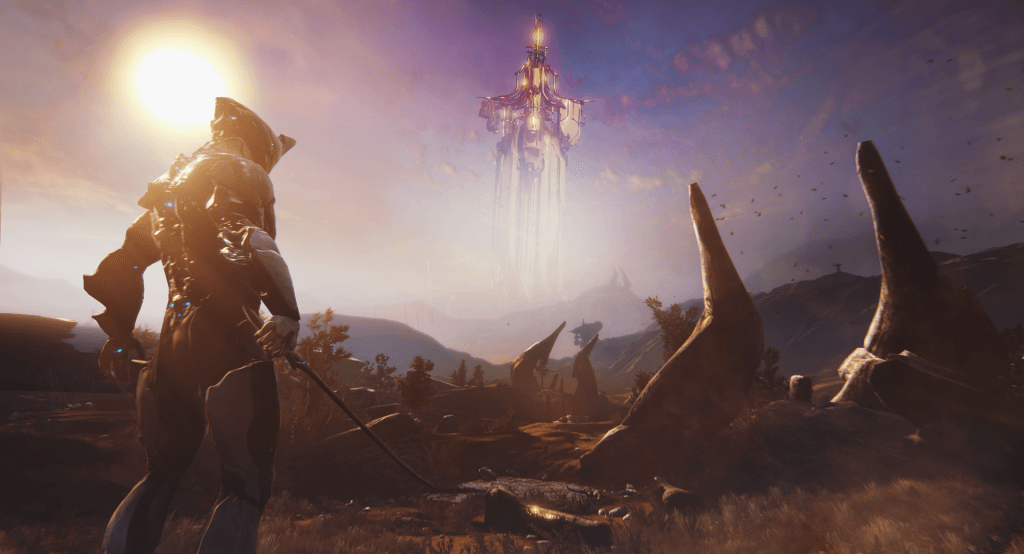 Above: The Plains of Eidolon opens up the game in a whole new way.

Before launching Warframe, Digital Extremes thought it had a reasonable grasp of what people expected from a F2P game. It looked at titles like Riot’s League of Legends and Wargaming’s World of Tanks and saw how often they would implement updates and monetize their players. Learning how to balance the gameplay with a sustainable business model (in the form of optional microtransactions) is crucial to any F2P game’s survival.

And at first, Digital Extremes missed the mark.

Back in Warframe’s closed beta period, the game had a paywall: It was free up until players hit the level cap, and if they wanted to continue past that point, they had to cough up some money. The small community that was beginning to form around Warframe hated it. They argued that the game would be much better without the harsh monetary restriction. The studio struggled with whether they should listen to them or not, and ultimately decided to hear them out.

“We held on with our fingertips when we took the paywall down and put the new version of the game out,” said Braun. “The players were stoked that a developer listened to them and made changes based on their feedback. And because of that, I think it solidified our relationship with them even more.”

Braun added that the incident helped build “mutual trust” between both parties, and it has since grown to a powerful bond that continues to shape the game. The team regularly gathers feedback from the official Warframe forums, as well as Reddit and other social media channels. They host live streams every two weeks to keep the community updated. While they have an internal roadmap for future updates, they also aren’t afraid of tweaking old content and mechanics based on what the community tells them.

“We started as space ninjas. We became even better space ninjas over the years as we updated our parkour system, our movement system,” said Braun. “A lot of that feedback came directly from our players … we’re also continually adding new content they haven’t seen before.”

That was the impetus behind the creation of The Second Dream and The War Within, a pair of updates that added something that had been missing from the game: a story campaign. The Plains of Eidolon continues to build on that lore by revealing the citizens of Cetus, the people that the titular ninjas are sworn to protect. In the new open area, players can talk to these friendly NPCs and learn more about their world.

Despite being a major new addition to the game, it only took the development team less than a year to build and release Plains of Eidolon. It’s a testament to how much they’ve learned about operating a live service over the last few years, becoming experts in their own right.

“Plains of Eidolon really took the community by surprise, that we would take on such an ambitious overhaul to what generally had been the entire game so far, which was mostly closed corridor, procedurally generated levels. … We like to surprise them at least once or twice a year with something exciting like that,” said Braun. 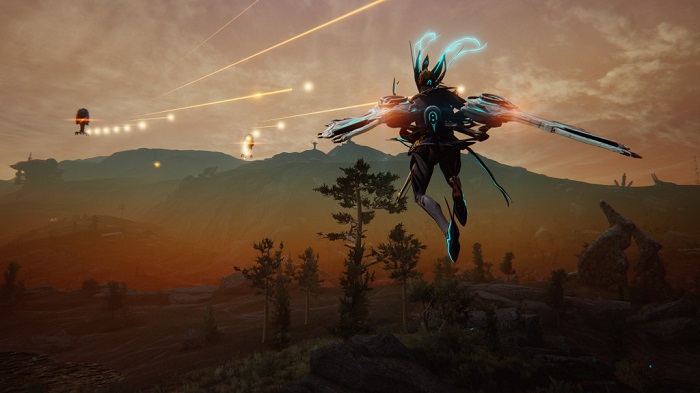 Above: The new area is especially fun for players who already have their Archwings.

Respect your players, and they will come

The ongoing success of Warframe represents a vibrant new chapter in Digital Extremes’s 24-year history as an independent developer. All of its nearly 300 employees are working on the game in some capacity. As a way of thanking the community for their support, the team embarked on their biggest project yet: TennoCon.

Digital Extremes started the annual Warframe convention in 2016 after numerous requests from its players. At first, the developers weren’t sure how many people would actually show up to its hometown of London, Ontario, Canada. But their doubts quickly disappeared when fans gobbled up all 1500 tickets. At the second TennoCon in July 2017, the number of tickets increased to 2500, and once again, it sold out (a large portion of the sales goes to charity).

People flew in from all over the world to celebrate Warframe with friends old and new, and to get a sneak peek at the game’s newest expansion.

“I know it’s just a video game, but the impact we’ve had on a lot of players’ lives has been so fulfilling and inspiring and heartwarming for us,” said Braun. “We often get letters from players who are veterans, who’ve been to war, and they say that Warframe is helping them make friends online, helping them mitigate their pain. It keeps their mind off their other troubles. We also have people who got married in the game!”

It’s been a long journey for Digital Extremes. The company was in dire straits in the months leading up to Warframe’s launch; at the time, it had to layoff a large chunk of the staff. And it didn’t have the seemingly unlimited marketing budgets that other F2P games had. Instead, the team doubled down on building a supportive community around the game, with the goal of being as open and transparent as possible. Luckily, it worked.

“Now we’re at the point where we’re able to realize, with the resources we have now, how big Warframe can still become. We’re reaching for the stars,” said Braun.