The original article is published by Intel Game Dev on VentureBeat*: Social media can be an indie’s best friend. Get more game dev news and related topics from Intel on VentureBeat. 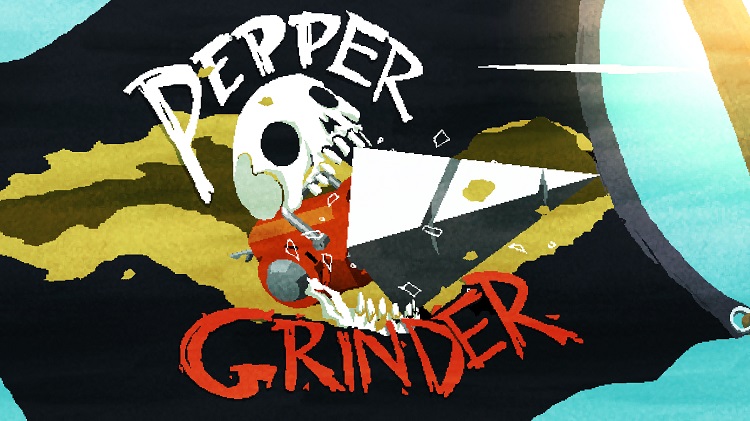 When Riv Hester started sharing snapshots of an early prototype on Twitter, he didn’t think much of it. But as the number of retweets reached the hundreds (and sometimes thousands), he realized that this was the most publicity any of his games had ever received. He had to make a decision.

"So I was like, 'Crap, guess I’m working on this now,'" said the solo developer.

Hester put aside his other projects in favor of finishing the "drill game," which he later christened Pepper Grinder. In the 2D platformer, Pepper is a blue-haired treasure hunter who loses her precious pile of loot after her boat crashes on a mysterious island. Armed with her trusty drill, she sets out to find her barbaric thieves (mutated narwhals who live on the island) and take back her treasure chests.

Pepper Grinder will be the first retail release for Hester, who, outside of working on his own games and participating at game jams, doesn't have formal development experience. He studied fine art and animation in college, and didn't see game-making as a viable career until he was about to graduate. In recent years, companies like Epic Games and Unity have made their game engines free, so it's easier than ever for anyone to dip their toes in development.

Even at this early stage (Hester doesn't plan on releasing the game till 2018), Pepper Grinder is shaping up to be something special. Aside from its popularity on social media, it recently won the Best Use of Physics and Best Platformer awards from the annual Intel® Level Up Game Developer Contest. 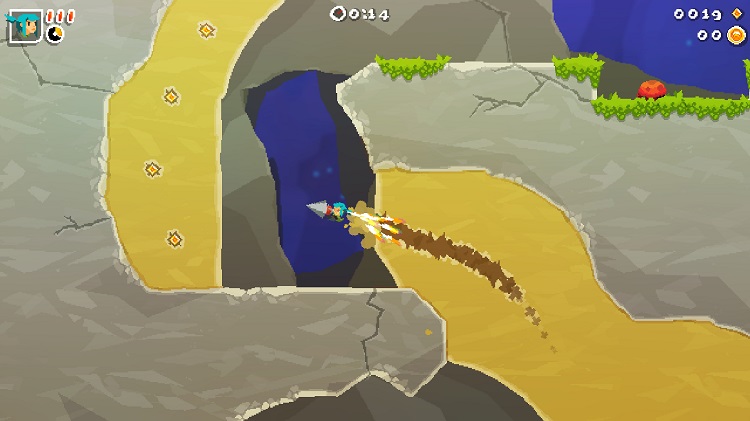 Above: Don't you wish you had a drill that was half your size?

The source of Pepper Grinder's nascent success is the compelling digging mechanic. Whenever you turn the drill on, it launches you into the air, and you can carry that momentum with you when you drill into and out of the dirt. Exiting gives you a speed boost, so if you time your movements right, you barely have to touch the ground as you jump from one dirt tunnel to the next.

"I think when I first hit on the idea of Pepper Grinder, I was watching a speedrun of Ecco the Dolphin. I was just thinking about that kind of movement — diving in and out of the water," said Hester. "And I was wondering how that could be expanded on or changed. I'm not really sure how I drew the connection in my head, but it wound up being Ecco plus Dig Dug in a platformer."

Hester managed to nail down the basic feel and behavior of the drill within the first week of prototyping the game. But even though he's mostly satisfied with it, he might continue to make small tweaks between now and Pepper Grinder's release date.

The grappling hook — introduced early on in the game — was a bit more complicated. Hester experimented with it a lot before he found something that could complement the drilling. The result is just as thrilling: If you manage to hook onto a swingable surface shortly after leaving a tunnel, the speed boost will carry over into the swing and launch you up even higher than usual.

This leads to some intriguing platforming challenges, especially when you're surrounded by deadly thorns.

"The gameplay is all defined by numbers, and you're constantly going back and forth between tweaking those numbers and then adjusting things like how high platforms can be in your levels, playing through with them, seeing how it feels, and then going back through that process again," said Hester.

"The math and the numbers and all that stuff — that's what makes it tick. But what's important is how they're expressed in what the player is doing." 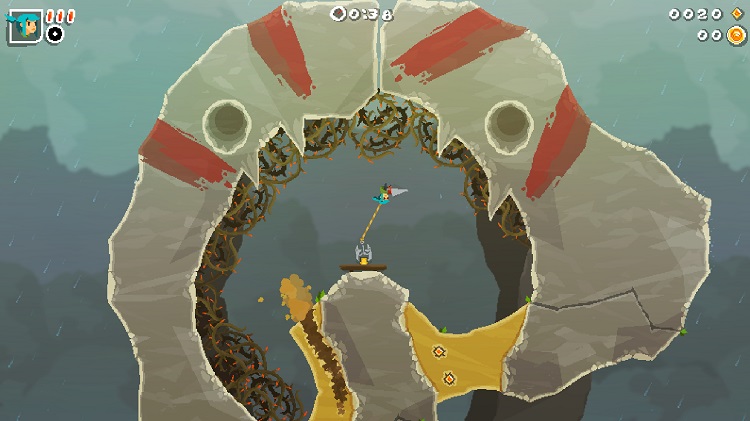 Originally, Hester began sharing his work on Twitter (@Ahr_Ech) looking for feedback from other developers, which is difficult to get when you mostly work by yourself. But he didn't expect to see such a massive growth in the number of 'likes' and responses from both devs and fans. The experience made him realize that when you're a one-man developer, you also have to be your loudest cheerleader.

"It's kind of a weird crash course in marketing," Hester said, laughing.

Over the past year, he noticed that GIFs tend to get more traction than YouTube links or screenshots (indie developers regularly promote their work using the #screenshotsaturday tag).

But he'll only post glimpses of the game if it makes sense. Sometimes, he'll spend days working on background processes that a player will never see, which doesn't translate well in social media pictures.

"As long as I have something interesting to show, I try to keep the content consistent and just keep people engaged," Hester said.