The original article is published by Intel Game Dev on VentureBeat*: Why one man returned to indie dev after 20 years. Get more game dev news and related topics from Intel on VentureBeat. 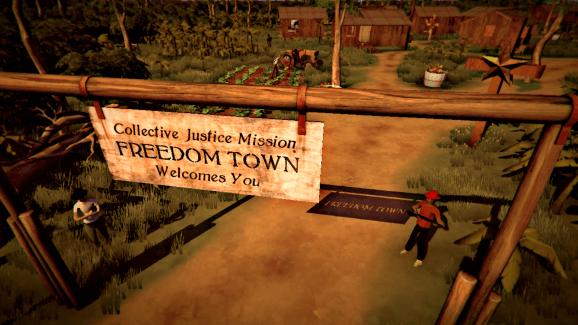 Richard Rouse III is an admitted lousy psychic. Even though he’s been a developer for more than two decades, he never would’ve guessed just how big the indie scene would become.

“People understand what an indie game is now. When you buy certain triple-A games you basically know what you’re getting — it’s going to be like the last one, but with a few more things,” said Rouse. “Whereas people who go out searching for indie games are looking for things that they can’t get anywhere else, that they haven’t seen before.

“The fact that that market has emerged is very encouraging. And not something I would have predicted 20 years ago.”

Rouse kicked off his gaming career in the mid-‘90s when he founded Paranoid Productions while he was still in college. Together with a few friends, Paranoid put out two titles: the Ultima-inspired role-playing game Odyssey: The Legend of Nemesis and the tactical military shooter Damage Incorporated. Afterward, he put his company aside to work at places like Midway (where he created the action horror series The Suffering), Ubisoft, and Microsoft.

But as time went on, Rouse found himself in senior positions that removed him from the trenches of day-to-day development. He missed going in and writing his own code.

“As the indie space exploded in the last five-plus years, it seemed like an increasingly viable endeavor. I spent a little time at Microsoft as a design consultant looking at different indie games that would come in. … Just seeing if that option was possible,” said Rouse. “Knowing I had done it 20 years ago, I wanted to do some of it again.”

So in 2014, the veteran developer dusted off the metaphorical cobwebs from Paranoid Productions. The first game from this new era of the company is The Church in the Darkness, a top-down stealth game where your goal is to infiltrate a religious cult in South America to find your missing nephew. It was an idea that he couldn’t pitch anywhere else.

“When you’re at those big studios, you eventually learn what’s gonna be accepted and what’s not in terms of gameplay types, subject matter, and what you end up making. And as a result, you don’t even pitch things that are way outside of that box, like The Church in the Darkness is,” said Rouse.

“This is me liking immersive sim-style games, but wanting to do something riskier with the narrative and the subject matter, trying to make it not all about body counts as much as other games are.” 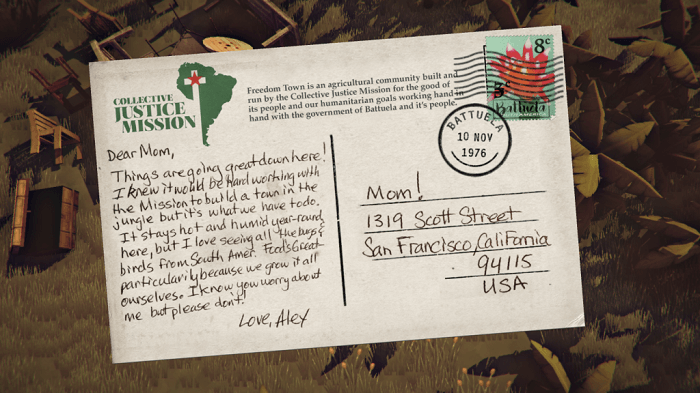 Above: Your nephew sounds a little too enthusiastic about Freedom Town.

Returning to his roots

The second chapter of Paranoid Productions is similar to the first: Rouse works from home, and handles a lot of the designing, writing, and programming. He remotely collaborates with Paranoid’s eight other employees, who all live in different states. But that’s mostly where the similarities end.

With the popularity of digital distribution and free game engines like Unreal and Unity (which Paranoid is using), being independent is much more sustainable these days.

“Back then, there was always a value-ware market of really cheap games, but everything still had to come out in stores. You had to deal with publishers,” he said. “It wasn’t a time where you could do work that was respected or was going to make money, necessarily, unless you went on to these bigger teams.”

While some indie devs still partner with publishers, it was important for Rouse to maintain his vision for The Church in the Darkness. He didn’t want anyone to come in and potentially change it, which is why it’s a self-funded project.

One aspect of the game that would make bigger companies back away is its de-emphasis of combat. If need be, you can find weapons throughout the cult’s compound. But if its members find out you’re not one of them, they’ll quickly overwhelm you. Ideally, your goal is to sneak through and gather information without being detected.

Since The Church in the Darkness has procedural elements — every time you start a new game, the layout of the levels, the type of cult you’re dealing with, and even the personalities of the cult’s leaders, will change — no two playthroughs will be the same. And your actions, like choosing whether to kill someone or not, will determine what kind of ending you’ll get.

“Seeing the rise in popularity of roguelikes and their derivatives in the indie space, I said, ‘What if you did a roguelike where not only the gameplay was different, but also the narrative was changing as well?’” Rouse revealed. “And I thought that suited the subject matter of cult groups, because so often you don’t know if a cult group is actually dangerous and apocalyptic, or if they’re just really eccentric and weird, but ultimately not going to hurt anyone or hurt themselves.

“You get to explore both sides of that. ‘Which type of group am I dealing with, and how do I change my choices accordingly?’” 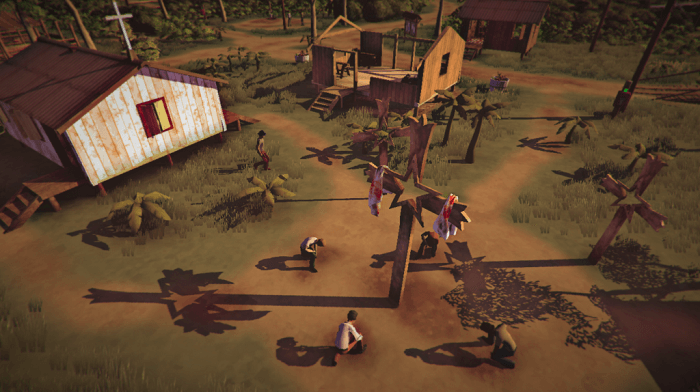 Above: You have to investigate the cult’s true goals.

Small teams like Paranoid can tackle these ambitious ideas because of the wealth of development knowledge that’s available online. Back when Rouse was making Damage Inc, for example, he was using the same engine that Bungie (long before it created Halo and Destiny) made for its Macintosh shooter, Marathon 2.

The Marathon engine didn’t have a lot of documentation, so if Rouse needed help, he’d have to bug his busy friends at Bungie. But with something as widespread and standardized as Unity, Rouse can quickly find answers to his questions or reach out to its robust community.

“There was a lot of learning through failure back then, and there’s still failure now. If you’re not failing somewhat you’re not trying hard enough,” he said. “But there’s more known quantities. There’s more, ‘Oh, we did that on this project, let’s bring this idea over.’ That’s nice.”

You do everything right… and hope

Another modern-day reality for indies is the importance of word-of-mouth marketing, and part of that comes from attending different gaming conventions. Rouse regularly travels to shows like PAX and PlayStation Experience to help spread awareness of his game. It’s a careful balancing act of time and resources: You want to impress the attendees with a fun demo, but you need to spend a lot of time to get that small slice of the game in a stable condition.

Even if you do everything right — managing a small team, staying true to a realistic vision, and successfully marketing your game — being an indie can still be just as volatile as it was 20 years ago. When Rouse restarted Paranoid Productions, he had a lot of friends who also tried doing their own projects; now, only half of them remain, with the other half going back to triple-A companies or leaving the industry entirely. 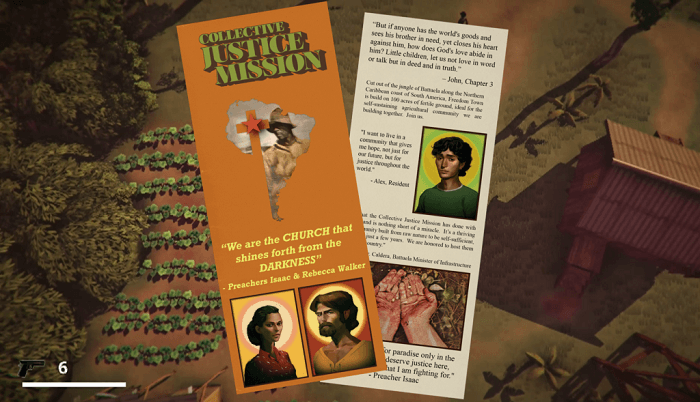 Above: Isaac and Rebecca Walker’s personalities will change with each playthrough.

While Rouse is open to joining a big studio again if the right opportunity presented itself, he’s been having a lot of fun making The Church in the Darkness with his team. But like so many others in his position, the future of his company will depend on how well the game sells.

“If people want more games like this, hopefully they’ll buy it early and often. But there’s a lot of different things we might do as a second project,” said Rouse. “A lot of people, with The Suffering coming out again on digital stores, are saying we should do another horror game, another horror shooter. And there are smaller games that I have rattling around in my head, that could be done in a similar sort of method again.

“I would definitely love to keep making smaller, more personal projects — but just how small remains to be seen.”

The Church in the Darkness is coming to PlayStation 4, Xbox One, and PC in 2018.