The original article is published by Intel Game Dev on VentureBeat*:We will SMITE thee. Get more game dev news and related topics from Intel on VentureBeat.

“The fastest way to become a millionaire is to start as a multi-millionaire” is an adage applied to many projects considered as hobby or entertainment investments. It can also be applied with frightening regularity to the games industry.

If, 12 years ago, that kind of million-dollar investment backed a massively multiplayer online game in a germinating market with numerous unanswered business questions, the path to diminished returns would be all too visible. According to Hi-Rez Studios COO Todd Harris, that didn’t stop his CEO from taking the plunge. “Rather than buy yachts, or whatever, he decided to buy an MMO,” says Harris.

Emerging from the retail software industry, the Hi-Rez Studios team began with four people and enough ambition and success to employ 400 right now. But the game that initially propelled this group was Global Agenda, “a very ambitious MMO that took us five years to craft as an open world game with real-time shooter mechanics like Halo,” says Harris.

The studio joke, according to Harris, was that Global Agenda embraced every single facet of every game ever made, meaning that “for good or bad, every game has a piece of Global Agenda.”

A team showcasing software intelligence from its collective experience blended with the financial support set the stage for the creation of Global Agenda. That game served largely as a technology platform since it was built to allow a diverse range of gameplay mechanics, from traditional FPS to empire building and all that lay in between.

As Global Agenda was finding its footing as possibly an over-ambitious debut the team acquired the license to the Tribes universe and launched Tribes: Ascend. While popular with a core PC gaming fraternity who had embraced Tribes’ jetpack-powered first-person shooter, objective-driven direction, and history as a shooter with a fresh alternative to the Quake or Call of Duty styles, it didn’t quite deliver the results that game number three would achieve for Hi-Rez. 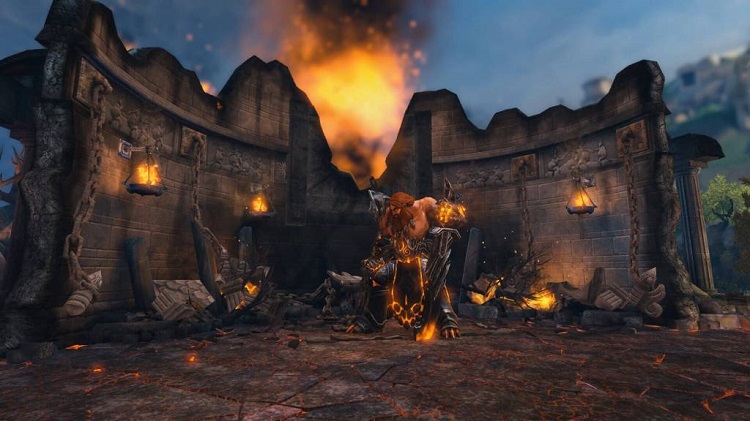 Above: SMITE elevated Hi-Rez Studios to new heights as its god-powered MOBA formula resonated with gamers.

The background in core software development allowed the initial team to expand to support three games: the initial Global Agenda, the popular franchise extension with Tribes: Ascend, and the new take on the multiplayer online battle arena (MOBA) in SMITE.

“Tribes put us on the map for recognition, which attracted the attention of global publishers…but Tribes is also a high-level hardcore game,” says Harris, understanding the practicalities of game publishing as it mixes with the realities of an ever-evolving industry.

SMITE elevated Hi-Rez Studios to another level as a blend of business savvy via digital distribution and a direct-to-consumer model allowed the team to engage directly with an engaged audience.  “When there’s an argument that a god is overpowered we can look at it…

And it might be that it’s a bit on one mode, but on another it balances out,” says Harris as the team deals with community feedback and gameplay balance as they look to take bigger, significant steps forward. 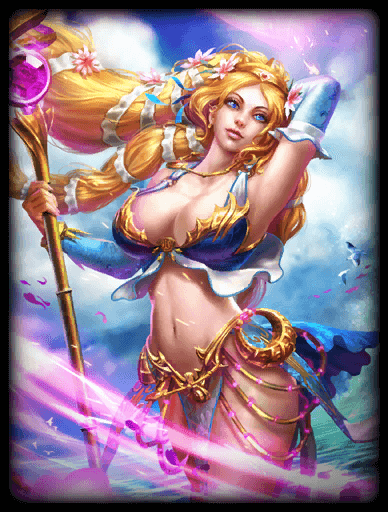 Above: SMITE knows its audience and brings card game-style imagery and gameplay to its committed audience.

“We saw an appetite in the community for tournaments,” says Harris, “and players wanted the features to allow this.” As a result, with the support of volunteer managers and shoutcasters, SMITE developed its own eSports environment that Hi-Rez recognized and began to embrace, including throwing a few dollars into the prize pools.

It resulted in a World Championship contest with a $1 million prize pool that, as Harris describes, has evolved significantly as an internal force for the studio. “We now have a 10,000-square-foot studio, and a 25-person team producing content with shoutcasters, camera people, motion graphics designers, and whatever else we need,” he says.

That being said, Harris doesn’t expect eSports for SMITE to be some golden ticket to glory. “Most games will never be an eSport,” accepts Harris of the state of the community.“ Even if you do a good job with the design, it relies on luck and timing to flourish.”

Understanding that spectator views assist the ability of non-players to embrace the game and then be involved in the action, the potential to latch on to the “next big thing” is a huge driver. “We do get that we have to make a game that is interesting enough to make other people spectate,” says Harris.

Clearly, that’s just one of the many checkpoints on the eSports success ladder.

We remind ourselves that we hate because we love

So many managers will wax lyrical for hours given the right bar scenario about the value and challenge of the engaged community. Whether it’s overt expectations or passive queries, the worlds of Easy Access and indie development have changed audience expectation as much as they have developer goals.

“For a developer, the entire internet gets more toxic and entitled as we progess, so we remind ourselves that players hate us because they love us.” Says Harris.

“We’re all trying to manage the toxicity down,” he adds, “but we all have our work cut out for us.”

That’s the case for every game, but especially one that has put itself out there into the morass of commentary to be beaten and possibly framed by those words.

What could have been a six-month project tower defense game evolved through determination to become a sprawling, inventive, challenging, and aware MOBA that knows what it is, is happy with what that is, and revels in what everyone understands it is. 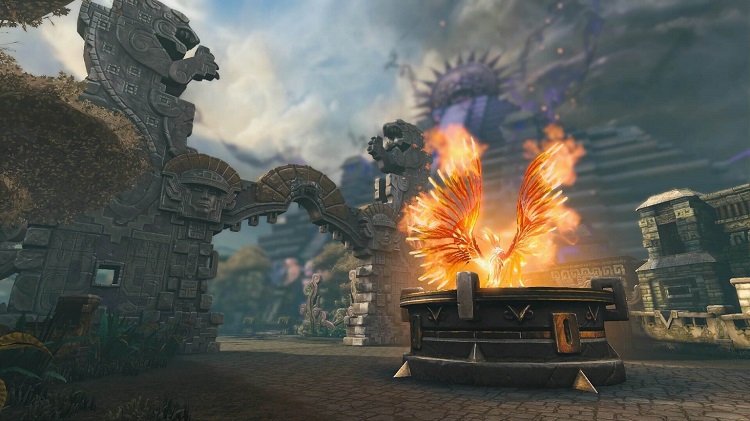 Above: Visually impressive set pieces then lead into strategically challenging matches that build on the familiar tropes of MOBAs. SMITE may not be the next big eSports phenomenon, but its position is one of poster-child for many other studios looking at how to figure out and then embrace success.

But Hi-Rez has already jammed its flag in the sand to take its place. The team may have thought a third-person perspective would work, and fans must allow whatever they are shown, but if it doesn’t work, it doesn’t fit, it’s not going to fly. 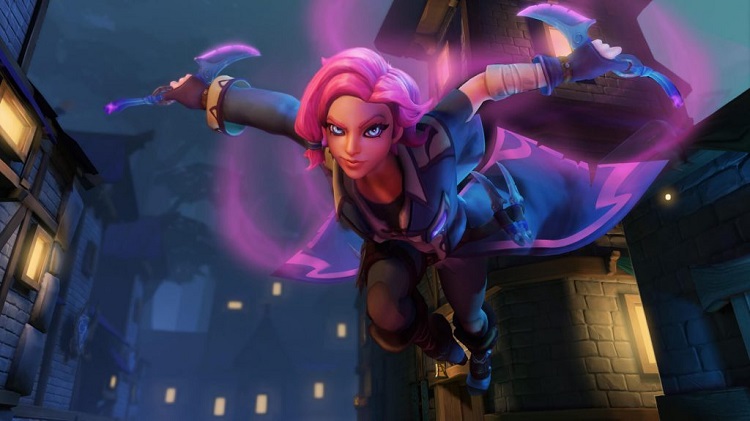 Above: Paladins opens the studio’s style to a broader audience through its gameplay focus and art style. Sure, you can kick off a new game—in this case, Paladins, which is still in testing with supporters and Intel is providing the smoothest route for gamers to get involved, allowing lower-end PC gamers to enter the battlefield—but the competitive environment could still be a huge challenge to embracing newer gamers.

“Sure, Paladins runs on lower-spec hardware,” says Harris, “it’s more Saturday morning cartoons where the gameplay is still easy to pick up.” This new game aims at a less hardcore audience and its success is still to be established, though the signs are good.

Maybe, just maybe, if your idea is the right one, it might turn the millionaire into the multi-millionaire.