The original article is published by Intel Game Dev on VentureBeat*: VRWERX: Intent on scaring the crap out of you. Get more game dev news and related topics from Intel on VentureBeat. 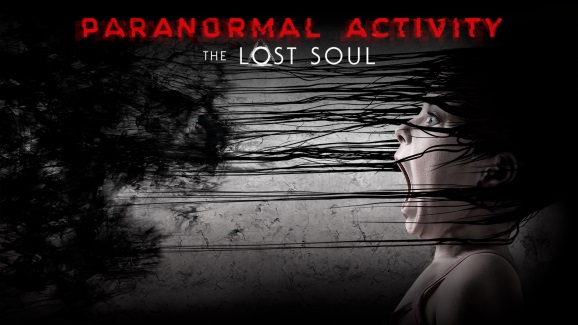 The brief history of modern VR is a history of scaring people. Even a whimsical adventure can elicit moments of terror if you find yourself standing on the edge of a cliff or trying to make a huge jump. Overt horror experiences, then, can be truly terrifying, but virtual reality studio VRWERX and its managing partners Russell Naftal and Alex Barder want to push things even further.

“Our goal was to make people crap themselves,” says Barder.

Paranormal Activity: The Lost Soul was the studio’s first game project, a spin-off of the ‘found footage’ horror films. Barder and Naftal don’t scare easily, they say. Naftal doesn’t love heights, and Barder once got freaked out by a music-playing teddy bear in his wife’s old bedroom, but horror movies don’t typically faze them.

“That’s why we wanted to make Paranormal Activity as scary as possible,” says Barder, before admitting with glee that the game “can absolutely destroy you.”

They may have gotten their wish. Reviews, from both critics and users, are full of tales of screaming and yelling and lots and lots of swearing. Naftal boasts that, during a screening of one of the films, they showed off a demo of The Lost Soul, and one unfortunate person got so scared that they wet themself. It absolutely isn’t for the faint of heart.

“This game is going to give me a heart-attack,” one positive review on Steam reads. “I can’t play it for more than an hour without putting it down, it’s just frightening. Two thumbs up.”

“We maybe went too far, though, and we had to scale back,” Barder concedes. Some of the most terrifying moments were held back from the initial launch, but they’ve not been scrapped. Instead, these bladder-emptying parts are being put in a special, extra-horrifying version of the game that will be available at a later date.

Getting the audio, locomotion, and scares just right has been a challenge, but like other VR companies, one of VRWERX’s biggest obstacles is trying to strike that balance between immersion and accessibility. Exacerbating the problem is a perceived disconnect between traditional gamers and what is required to make players feel like they’re actually in the game. 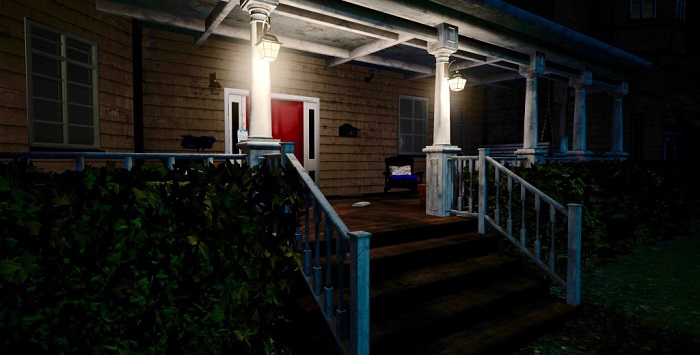 “Traditional gamers, like people who play Call of Duty and things like that, want to be told what to do, where to go, what button to press,” Naftal says. “They want handholding. But we wanted to make an immersive experience.”

“We didn’t want to have an interface or handholding,” Barder adds. “We wanted players to figure things out for themselves. That’s the challenge, making it immersive but something you can just put on a headset and play.”

A lot of work that players will never really notice goes into finding the perfect balance, creating the most immersive experience, and something as simple as changing the way a door opens can make or break the fantasy. It’s why there needs to be so much playtesting, and include people unfamiliar with games in the testing.

“The thing about VR is that it’s all about these tiny details,” Naftal explains. “Like if someone opens a door and that door doesn’t open in just the right way, that’s going to be noticeable. Even if it’s been like this for years, in VR people pick up on these things.”

Despite the desire to make players’ hair go white with terror, VRWERX isn’t a horror studio, specifically. Naftal notes that VR is such a visceral experience that it’s a perfect fit for horror, but he considers the studio to be “consumer focused,” leading to a diverse set of projects. These include 360 VR movies, like Jesus: The Story of Christ for the evangelical audience, and the upcoming Mission Impossible game, inspired by the movies, that the company is working on with Paramount.

Given that both Paranormal Activity and Mission Impossible are movie properties, Naftal and Barder are well aware of the bad reputations of most movie tie-ins. “Movie tie-ins have a bad reputation because they normally just follow the movie and don’t try anything new,” Naftal says. “But we wanted to create a new experience set in that universe with Paranormal Activity’s lore.” 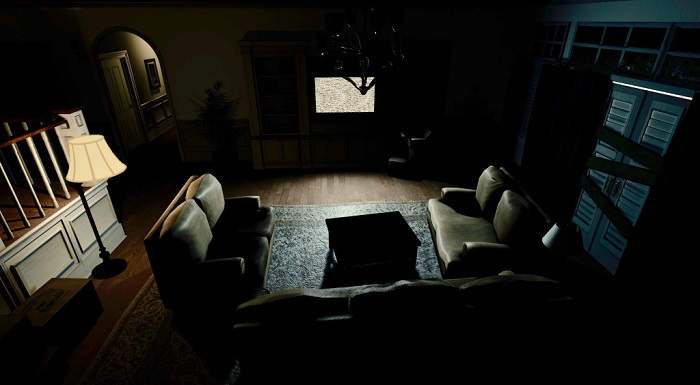 “If people want that experience, they can just go and watch the movie,” Barder interjects. They liken their approach to the Arkham and Shadow of Mordor series, both of which have links to movies and literature, but aren’t beholden to them. “It’s that universe, but a different story,” Naftal adds.

That’s why, in Mission Impossible, players won’t be playing as Tom Cruise/Ethan Hunt. VRWERX wantsthese experiences to be more personal. It’s the player doing these things, becoming an action hero, not a Hollywood star or a fictional secret agent. Players want to be the ones doing a death-defying climb up a skyscraper in Dubai, not somebody else. Of course, the source material still provides plenty of inspiration for the sort of stunts, acrobatics, and misadventures VRWERX wants to create in the game.

While gaming is what’s currently driving VR, Naftal and Barder see its future as a lot more diverse, emphasized by the studio’s mix of projects. They think that one day VR could become ubiquitous, but gaming alone won’t make that dream a reality.

“1000 percent I believe that VR can be ubiquitous, something that’s in everyone’s home,” says Barder. He thinks it could be a powerful tool for education, as well. “Kids go to school and they’re still learning everything from books, memorizing books, but imagine what could be done with VR?”

Naftal suggests putting children in a VR simulation of the Revolutionary War to teach them about that period in America’s history, but he also thinks there’s a long way to go. First, the wires need to go. Though there are wireless headsets, like the Samsung Gear VR, the Vive and Rift are still shackled to PCs and specific rooms in people’s homes—there are wires and sensors and all the faffing that comes with setting everything up. He thinks audio needs to improve, too, especially for horror, making it clear which direction noises are coming from.

There’s a lot of work to do, then, but VRWERX is optimistic about VR’s future, especially if the company’s pioneering VR tech, games, and other experiences add to collective innovation and mastery.

“There are a lot of great VR games out there, but it’s still very new, so we should support each other,” Naftal says. “You see some negativity and criticism, but we should work together to make VR better.”