The original article is published by Intel Game Dev on VentureBeat*: Ultimate Epic Battle Simulator (UEBS): More than penguins vs. the Santa army. Get more game dev news and related topics from Intel on VentureBeat. 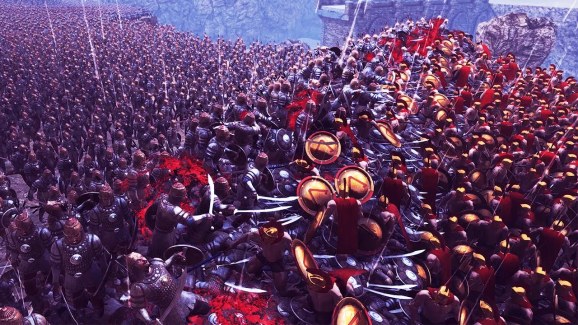 “It was when I released the video of 11,000 penguins versus the Santa Claus army that I realized that this could be something,” says Robert Weaver, CEO of Brilliant Game Studios, of his truly massive scale combat game, Ultimate Epic Battle Simulator.

Some 1.3 million views on YouTube and, perhaps more tellingly, 12,000 likes to only 543 dislikes (clearly from people without any sense of humor, or PETA members with a disdain for the wholesale slaughter of the adorable squawking buggers…or those who love Santa just a little too much) reveals the heart of the story. When you can pit tens of thousands of characters on screen in, as the title clearly describes, Ultimate Epic Battles, you have YouTube gold.

This wasn’t exactly what Weaver envisioned when he decided to strike out on his own after five years of contract programming work in the games industry, including the preceding two years as a solo independent programmer. “I was doing work for smaller studios and investors, and I was in the middle of probably the best contract I’d had, when I had, I guess, a ‘calling’ to break out and self-publish.” 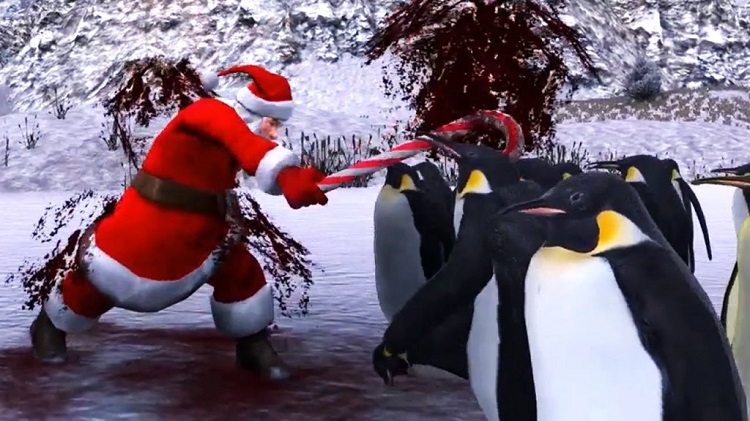 Above: Is anyone rooting for the army of Santas in this scenario?

It was no random epiphany or crisis of conscience, however, says Weaver. “The reason was the rise of VR. I saw the Vive and immediately knew I had to pursue this market. At the time, the market was pretty empty and I figured that for a single developer, it could pay off.”

That’s an important distinction. Weaver working solo means just that. The contract work and development of UEBS is all his own. The limited studio footprint meant that his prediction of a VR game supporting a solo goal was accurate. “I created a game called The Last Sniper VR, he says, “and that game has sold over 10,000 units, which is pretty good for how small that market is.”

It also afforded Weaver the opportunity to start work on his next VR project, envisioned as an open-world Robin Hood game. “In the game, I wanted large-scale battles,” says Weaver, “so I started figuring out how to increase the number of characters on screen. I was going through a few different ideas, and suddenly had a breakthrough, and I had tens of thousands of characters on screen.”

Working within the Unity engine, this was quite the revelation, and unlike anything that had so far been demonstrated on the platform. Not that Unity took much notice, apparently, as despite this technical marvel built on its engine, the company hasn’t had any contact with Weaver. 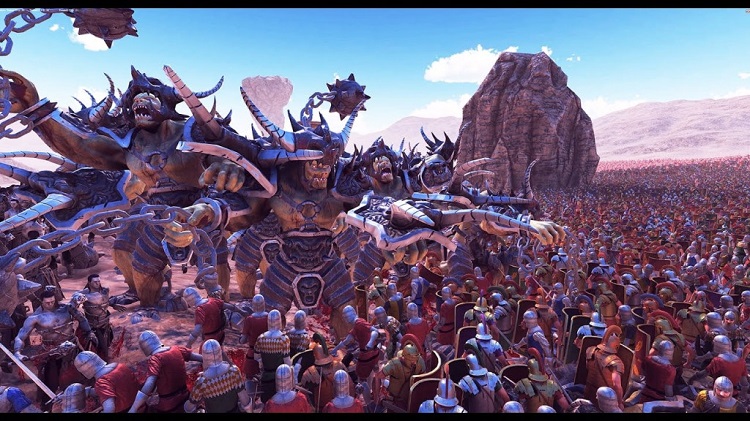 Above: Bodies don’t disappear amid these massive battles, meaning they pile into dead-men mountains that alter the battlefield.

That doesn’t matter to Weaver who took his technical breakthrough and ran with it. “The first thing I thought was ‘Wow,’ this is incredible, and could be a game in itself,” he says.

The revelation led Weaver to conclude that the simplest thing he could do with this technology was to make a battle simulator. “I had seen some success of titles with similar concepts, but figured this kind of technology could change the game a lot.”

Not only was this about impressing gamers with unheard of technological accomplishments, but also speaking the language of the audience, particularly as it pertained to comedy. “It’s just so ridiculous the things you can do with those numbers. The entertainment is endless,” he says.

Within a year, Weaver had evolved his Robin Hood VR idea into a successful Early Access release that was engaging successfully with gamers on the platforms they most inhabit. “All the credit of the popularity of this game goes to YouTube,” says Weaver. It was a calculated plan, illustrating a keen understanding of the factors that can help drive engagement with a community and YouTube success. Of course, armies of penguins are going to help every step of the way.

“I spent a lot of time making videos and promoting them because I was seeing the success, some of the videos getting millions of views. I did spend a great deal of time communicating with the fans, and constantly making video and blog updates,” he says. Using this medium can be daunting and time-consuming for smaller studios, let alone a standalone developer, but Weaver’s commitment to the cause was clearly worth it.

“It’s something you have to do,” he says, clearly seceding a portion of the success away from the technology and gameplay and on to the community, comedy, and potential. “I did regular updates, just trying to blow their minds as often as I could.”

Dealing with the feedback is a process of moderation, patience, and mental fortitude. “Whenever I go on forums I have to limit my time there,” says Weaver. “There’s a lot of positivity, but a lot of negativity. People don’t hesitate to say anything on the internet. People get quite hostile, and I learned that quite quickly. And I learned ways to keep my sanity and keep enjoying what I’m doing.”

A good rule of thumb for most developers is to take both the praise and criticism with a grain of salt, even though it’s easy to focus on the tiny details of the negative and gloss over the praise of the positive. “I do like seeing what people don’t like, because it can help, but if you spend too much time, it can really get to you. Especially when it’s your baby, and you’ve put everything you have into it,” Weaver adds. 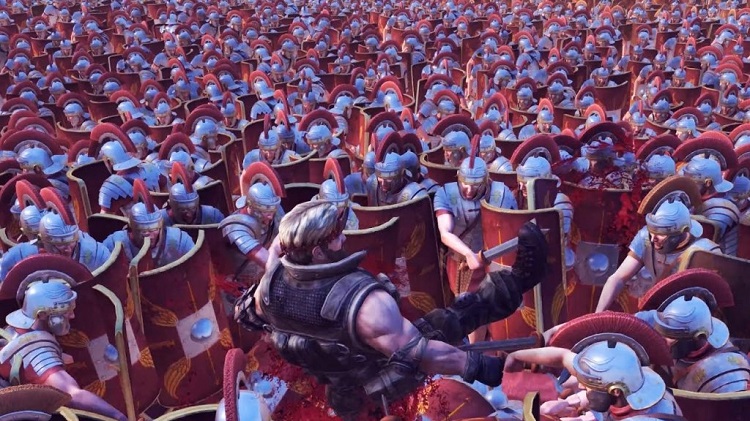 For a game like UEBS and its unique premise, it’s hardly surprising that the community contributed ideas that enhanced the vision Weaver presented himself. One such internet-friendly addition was to include the caricature of Chuck Norris in the game (renamed Chunk Norris for copyright and image rights). Long a staple of internet memes across various forums, the Chunk Norris character quickly became a fan favorite in the game. “I believe someone suggested him way back, and I thought that would be great. I pushed those old internet jokes about how Chuck Norris can’t die. Literally, there’s nothing you can do to kill him. People have tried all these combinations. And you think he’ll die because his health is low, but when it gets to zero, it resets!”

With Weaver working on the core game engine and features there was a certain reliance on the community to produce content that would keep the audience engaged. Whether it was throwing 20,000 zombies against 1,300 WWII soldiers, and watching tens of thousands of tracers pepper the battlefield or witnessing Roman legions succumb to a single Chunk Norris, the canvas is there for gamers to paint as they see fit. “I was worried there would not be enough mods,” says Weaver, “and the learning curve involved.”

But the community has flocked to the game to express its creativity, taking advantage of Weaver’s added features like taking control of individuals among the massed ranks so that you can rally troops to execute a particular strategy. “I’m quite sure most people who are importing characters had never opened Unity in their lives,” says Weaver, “but in a matter of hours, people had it figured out.”

Weaver accepts that the process requires some core Unity knowledge, though he has worked to make the tools as easy as possible. “Most of the problems stem from trying to bring a character in that isn’t properly rigged, especially when making a character from scratch…there’s just no way around that learning curve,” he says.

Going forward, with the 1.0 release of the game now in the wild, Weaver’s priority is stability. “There are some obvious problems with the game,” he admits, “particularly with modding, because mods can conflict with each other, and generate errors when importing them. Getting that stable is my current goal…content comes second.” 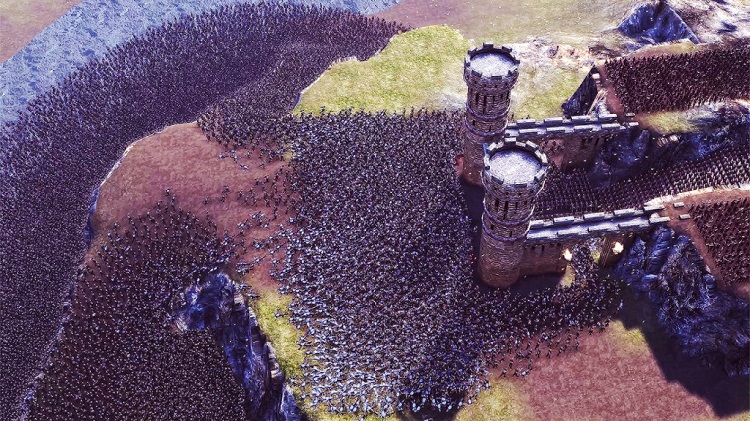 Above: Added AI routines make the armies navigate more complex environments such as the inner walls of a castle.

And reinforcements are on the way to achieve these goals. Weaver revealed that he is setting up a small studio in Vancouver to both support UEBS and work on the next project. Some options requested by fans—such as having more than eight teams engaged in these massive battles—simply aren’t possible due to technical (in this case memory) challenges. However, Weaver has demonstrated that 100,000 units is possible, though with obvious slow-down, and it all depends on your machine’s horsepower to ensure a smooth gameplay experience.

Still, with content flowing from the community, UEBS has plenty of legs and new, creative, YouTube-friendly situations to explore.

Have fun storming the castle!