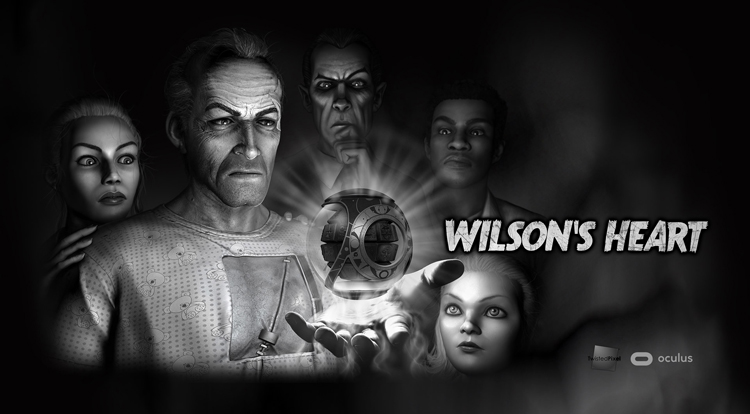 Launching a game into the fledgling VR world might for some sound like a risk: become a pioneering early adopter or languish as an also-ran in a field of too few units? For Twisted Pixel Games and Chief Creative Officer Josh Bear it wasn’t an early-technology play as might be suggested by a resume that includes Gunslinger, an early support showcase for the fateful Kinect on Xbox 360.

“It wasn’t the intention to focus the studio around gaming technology,” says Bear, “but we got to see Project Natal — as Kinect was initially known — and Microsoft was incredibly excited about it, so we got to make Gunslinger.”

The studio, with several games under its belt over its ten-year tenure, had always wanted to make Wilson’s Heart, which is out now in VR. “We had an early prototype that we had called ‘The Hands Game’ working with a gamepad with a first-person narrative. It used your hands to pick up objects like guns, like a first-person shooter…but then when the Oculus guys showed us that technology, with its Touch controller, we were all like ‘oh man, this just makes sense for this game,’” explains Bear.

Changing the core technology was not a straightforward process, however. What had begun life as a PC game with first-person sensibilities now had to adapt its functions to fit a whole new ballgame. “We basically started over when we had VR,” says Bear, “we even had to reassess the black and white graphics aesthetic: Would it be weird in VR? Will it work or feel unreal to gamers?”

“We had to do a lot of work with the controllers to make sure the hands felt good. They are so much a part of the game that we had to make sure they felt, acted, and looked cool,” he adds. 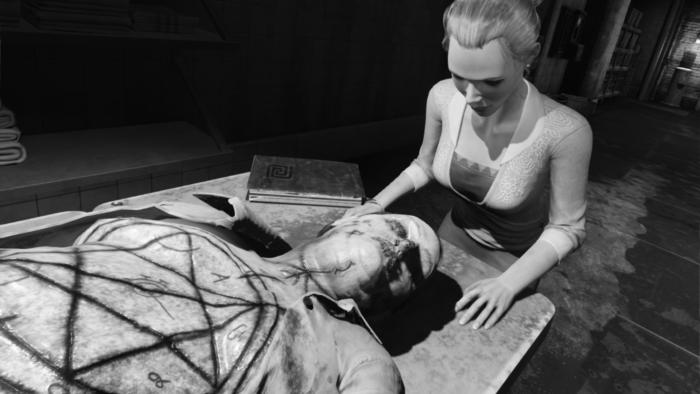 Above: The gameplay blends psychological horror with puzzles, and not many “gotcha” horror jump moments.

Questions and challenges will continue to be answered with work, ideas, and understanding the new paradigms as VR evolves. Fundamentals of the game experience are affected: how long is too long, how short is too short? Nobody will currently build a 100-hour VR game (yet) but length of the total experience is one of the challenges that Bear’s team had to grapple with.

“Some people took six hours, some eight, and we saw ten or 12. But we have to be cognizant of that because you’re going to want to get out of the helmet at some point no matter how much you like this stuff,” says Bear.

Do You Feel Dizzy?

Of course, one of VR’s major challenges impacting experiences at this stage of the technology’s development is motion sickness. One design change that was required in switching from PC to VR was handling locomotion. “We didn’t want players getting sick, but we wanted to keep people in it as much as possible. So, when you warp in the game and the screen goes black you can still hear Wilson breathing or his footsteps or sound effects to push you along,” says Bear, “so we had to think about everything very differently in VR.”

An early version of the game allowing players to walk around anywhere and go where they want — and, in fact, one of the most requested features emerging from players experiencing the game now — caused problems for people.

“Hopefully we — or someone — will figure out the way to make that happen, but it’s the reason we went with the teleportation system.” The result? “We’ve had no issues with motion sickness at all,” says Bear.

Bear adds, “Oculus has been great about taking this as a top concern. But it’s hard because some people love it so much they just want to walk around, but they could pull the wires out and bust their system. So yeah, it’s a big challenge.”

The game experience itself is set in the 40s post-WWII and is one of psychological horror borne of Bear’s deep passion for the old Universal monster movies. “My favorite was The Wolfman, and Abbott and Costello Meet Frankenstein, Boris Karloff, all that…and throw in some Twilight Zone. We wanted to see if we could do our own homage to those movies.”

Those movies all had defining actors making their roles their own, and in themselves becoming an iconic part of the lore. Wilson’s Heart stars a top-tier, all-star cast of voice actors that are a really standout addition to the game. 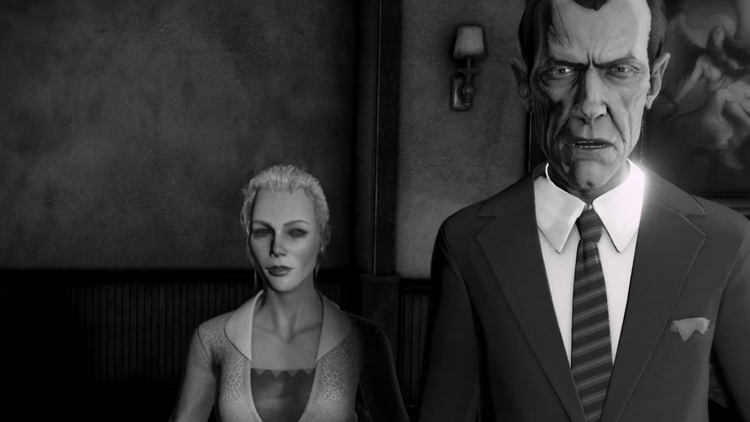 Above: The cast from Peter Weller to Michael B. Jordan to Rosario Dawson and Alfred Molina to Kurtwood Smith is outstanding.

“I really wanted Peter Weller for Wilson…really love Robocop — who doesn’t — but he was great in Naked Lunch, Buckaroo Banzai, and others. So we flew to New Mexico, showed him a brief demo of the game and he was super-gracious, loved the concept, and the art, and just said he would do it,” said Bear.

For the other roles, he looked at the requirements of the character and identified ideal actors. “We got all our first picks,” he says. That includes Michael B. Jordan, Alfred Molina, Rosario Dawson, and Paul Reubens.

A kick for any Robocop fan is that in addition to headliner Peter Weller, Kurtwood Smith also provides voice talent. “Although we never had them in the same room, to have those two was amazing,” says big Robocop fan, Bear, “and Kurtwood even threw in a couple of Robocop lines all on his own, and I tried to keep calm about it in the VO room! And we did use one in the game.”

How is it working with top-tier talent for a videogame? “They were right on point,” says Bear, “they would improve the lines we’d written on-the-fly…when you have that kind of talent, it makes things a lot easier.”

“Some of the nicest people I’ve ever met!” says Bear.

Garnering positive reception from press and community alike, Bear understands the nature of the current VR beast. “To be fair, you need the rig, you need a powerful PC to run it, and you need the controllers. So, I do think that the game will have a long tail as there is more adoption,” he says.

For the 30-plus developers at Twisted Pixel, it’s not all about VR, however. “As much as we love VR, we love PC and console stuff. It’s more about the concept and what platform fits it best, rather than just trying to cram something onto VR.”

Whatever the next step, Bear gets the nature of the business “We have the 3- to 5-year outlook, of course,” he offers, “but as you know, that often goes to s***!”