Pedro Kayatt is an Intel Software Innovator with a strong passion for VR and games. As the Co-Founder of VR Monkey, Pedro spoke to us about his latest virtual reality game, The Rabbit Hole.

Tell us about The Rabbit Hole.

The Rabbit Hole is a virtual reality game that mimics the experience of an escape room but mixed with the Alice in Wonderland theme. At first we started to think that an escape room game would be awesome in VR, since you truly feel trapped inside a new world. After re-watching The Matrix (the first one of course) I kept thinking how Virtual Reality is similar to Wonderland.

Why an Alice in Wonderland theme?

If you stop to think about how VR is a way to go to a new world, where everything is possible, it is pretty similar to Wonderland. Using that scenario, we are all Alice as we start poking into something that we really do not understand yet.

What technology did you use to create this game?

We used Unreal* Engine 4 to create the whole experience. It is pretty fun to notice that almost every code on this game was done in Blueprint, a visual language that Unreal has support on its editor. We also had a lot of other tech to create assets for the game, from Maya and ZBrush for modeling, Quixel and Substance Painter for materials, Audacity for audio editing and many other tools. We first conceived the game using Samsung* Gear VR, but we now bringing it to a full room scale experience with Oculus* Touch and HTC* Vive.

Can you explain the process you went from Samsung* GearVR to Oculus* Touch and HTC* Vive and now on to Playstation* VR?

It was no easy task, we are still finishing it. The best thing is that we haven't had very many performance problems, but on the other hand we had to test several differences in illumination and the gamma of each screens. Another thing that got us really troubled was the hand interaction, we are using the motion controllers of each platform so you can interact with the world using them, which is a great improvement for the game! The last and probably most difficult thing was to make it room scale ready, so the player can walk around the virtual world and teleport (when in comfort mode) to all the places around him.

The game is up for several awards, can you tell us more about that?

Yeah, it was a surprise for us to be nominated for so many amazing awards! We are nominees for the Game Connection Developer Awards as Best Hardcore Game, Most Creative & Original, ad Best Indie Game. We are also nominated for a People’s Choice Award at the International Mobile Gaming Awards (IMGA). Update: Unfortunately, we lost all the nominations, but we still consider it a great achievement to be nominated. 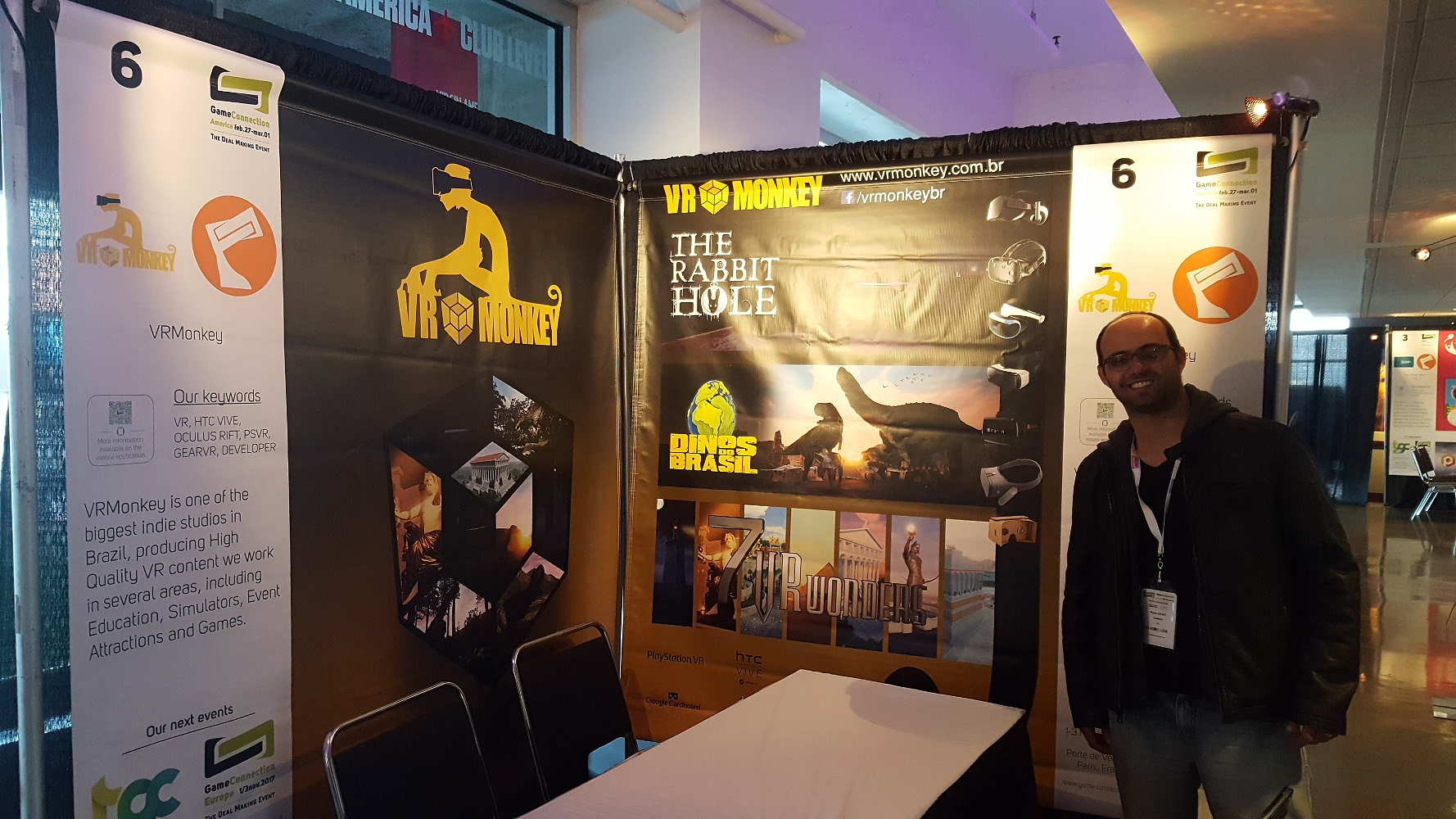 It was my first time at both Game Connection and Game Developers Conference (GDC), and I must say it was amazing! There were so many incredible developers there, I got the chance to show our experiences to many big companies and to a lot of developers.

Is The Rabbit Hole available to the public now?

What’s next for The Rabbit Hole?

At Game Connection we will be demoing the first new option to the game, which is to play it in a room-scale environment where you can walk and use motion controllers to interact with the environment. We also have planned for 4 more levels to the game, and we are looking for investments to finish all 4 episodes of the game.