The original article is published by Intel Game Dev on VentureBeat*: Paperbark creates a love letter to the Australian bushland. Get more game dev news and related topics from Intel on VentureBeat. 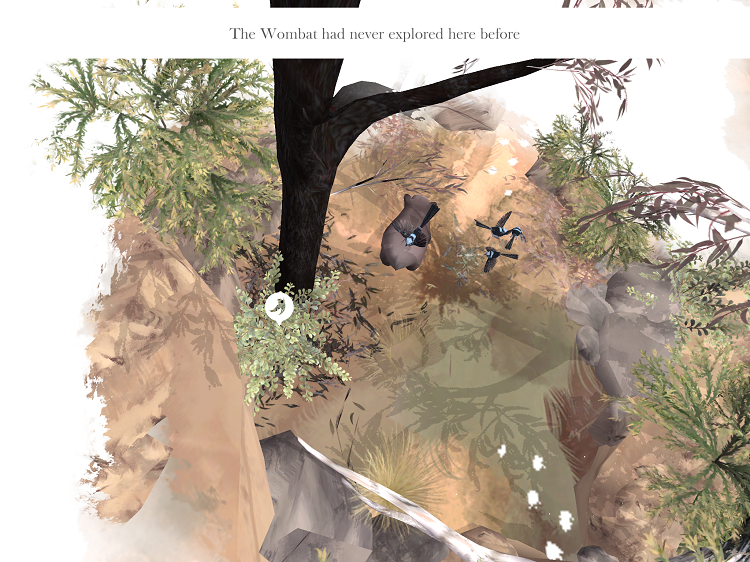 Wombats are nocturnal animals. So if you pull one out of its slumber and force it to hunt for food during the day, chances are good that it’ll have a hard time moving around.

That's exactly the predicament Paperbark's wombat finds itself in. The sleepy, clumsy, and most likely grumpy animal is your tour guide through the game's evocative landscape. Indie developer Paper House wants to capture what life is like in "the bush" — an Australian colloquialism that refers to specific patches of wilderness scattered throughout the country. They're drier than a forest, and contain plants and animals that thrive under harsh weather conditions.

Unlike the outback desert so often seen in TV and movies, the bush is, according to lead designer Terry Burdak, much more familiar and accessible to Australians. They don't have to travel far to venture into the bush; some major cities even have bushland right next to it.

"I've never been to the desert! I've never gone that far inland before," remarked the 30-year-old Burdak. "The outback almost feels foreign to me. So it's kind of weird that it's the go-to thing for representing Australia."

To the developers, the bush is an underappreciated gem that more people — including those around the world — should know about. By playing as the wombat, you'll meet many of the bush's natural denizens and slowly begin to see what makes this ecosystem so unique.

Paperbark's relaxing journey thoroughly impressed the judges behind this year's Intel® Level Up Game Developer Contest, and they gave it the Best Game – Open Genre award.

Though Paperbark defies traditional gaming labels, it's still trying to tell a story. Burdak and his team want players of all ages to enjoy it (so you won't find any game-over screens here). And the reason for that stems from a shared childhood experience. 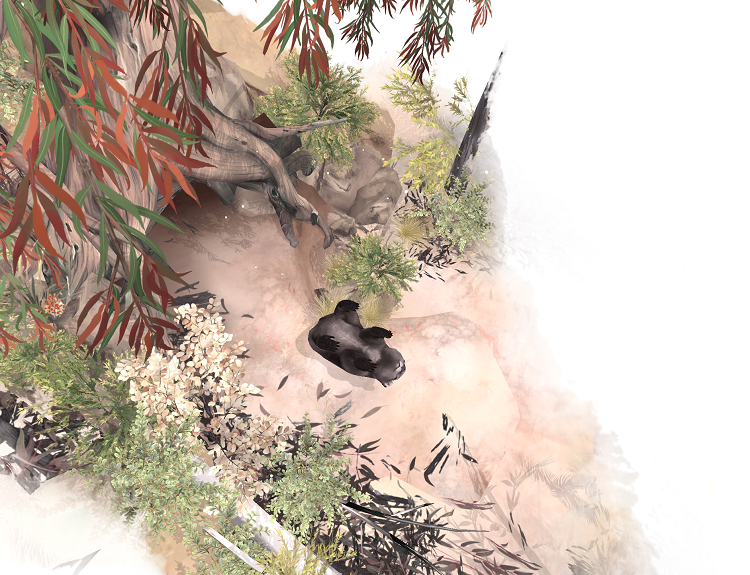 A new kind of storybook

Paper House has three full-time employees: Burdak, programmer Ryan Boulton, and artist Nina Bennett. They were all game design students at RMIT University in Melbourne when they decided to work together on their senior project. At the time, they wanted the game to look like a storybook (Boulton had already been working on the tech responsible for Paperbark's watercolor-like visuals), and Burdak suggested they should use old children's books as inspiration.

It was a perfect fit. All of them grew up in rural parts of the country, and the picture books they read as kids were about exploring the Australian environment.

"There are some really great ones like Blinky Bill, Snugglepot and Cuddlepie, and Possum Magic. They really depicted these landscapes wonderfully," said Burdak.

After graduating from college, they showed an early prototype of Paperbark at different gaming conferences. It was during these events that they found out about Film Victoria, one of the few government organizations in Australia that, as Burdak noted, provide "substantial funding" for game development. Once they successfully secured a FilmVic grant in 2015, the former students quit their day jobs and formed a company. They could finally finish making Paperbark.

This also allowed them to bring on much-needed freelancers, including an ecologist who checks to see if all the plants and animals in the game actually live in the bush. But one hire in particular was especially important. The developers were looking for someone who could elevate the storybook aspect of the game, and they found that person in a published children's author.

"That was a really big thing that I wanted to do …Apart from Paperbark having the same artistic sensibilities as the books, we thought it'd be a good idea to actually get a children's author to write the story for the game," Burdak said, adding that they'll be sharing her name shortly. "She hasn't worked in games before, which was another thing we were interested in — someone who can give us a unique perspective." 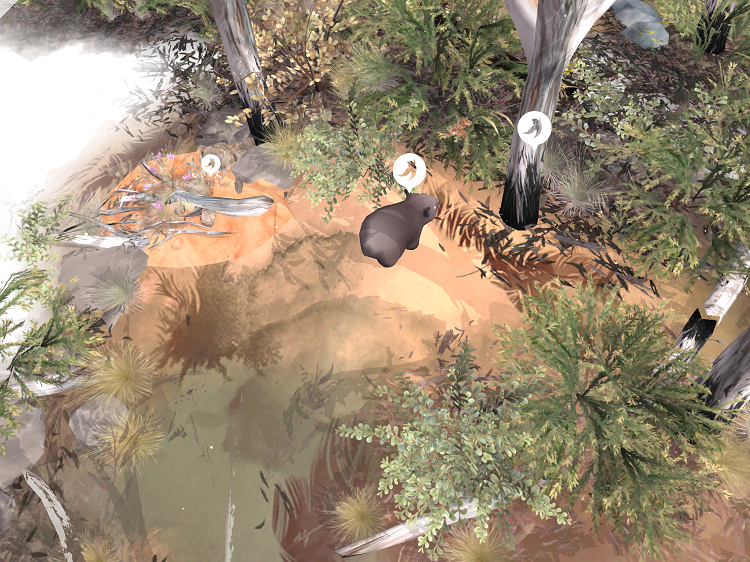 Above: You'll learn about some of the native plants and animals.

Capturing a feeling, not a place

Despite the great strides the studio is making to depict the nuances of the bush, Paperbark isn't actually set in a real part of Australia. Instead, it's a composite of several national parks in the state of Victoria. Burdak brought up Campo Santo's Firewatch as an example: It takes place in a fictional part of the otherwise very real Shoshone National Forest in Wyoming. Burdak said it was validating to see a fellow developer using nature as an integral part of the game.

"We've created this — not necessarily made-up — but a really stylized version of these locations. … We describe it as a love letter to the bush," he later added. "Conveying our feelings to the bush and to these landscapes is more important than recreating any actual location."

Paper House is taking a similar, less literal approach to the story. Throughout the game, you'll hit so-called "storybook moments" where the camera shifts and bits of text appear on the screen to describe what's happening. But as cute as the wombat can be— at one point during an early demo, it's stuck in a large tree trunk, and tries to wiggle its way out — the animal is mostly there to push you from one place to the next. It's a vessel on which players can project their own experiences.

"At the end of the game, what the player is going to take away is not necessarily this journey of the wombat, but the journey they've gone on themselves," said Burdak.

It's an ambitious goal, and brings to mind another indie game, the appropriately called Journey. The 2012 hit from Thatgamecompany also didn't have any named characters or an obvious story arc, but the experience of playing through it (sometimes with another player online) is what makes it special.

It's unfair to directly compare an in-progress game to what Journey ultimately achieved, but the parallels between them show that Paper House is following a rich history of developers who aren't afraid of expanding gaming's boundaries.

Paperbark is currently set for a 2018 release on iOS devices.