The original article is published by Intel Game Dev on VentureBeat*: One man on a mission. Get more game dev news and related topics from Intel on VentureBeat.

"I love it when people are mad at me because it tells me that they care."

That's a bold—and confident—statement from Sorob Raissi, self-described Founder, CEO, Artist, Developer, Designer, Biz Dev guy at Spread Shot Studios. Why does it have to be self-described? Because he's a one-man studio, finding his way in the games industry with his first game, Space Jammers. Frankly, Raissi can title himself however he pleases given that, as the string of responsibilities suggests, Spread Shot Studios is his solo operation.

You may have heard a seemingly similar story if you follow our Developer Spotlight series with the profile on Studio Canvas, but Raissi’s journey into the industry is its own unique story and lesson for anyone hoping to 'get in,'

It began with his background as a 3D artist working on training sims. What that means, in many cases, is military simulations. Think America’s Army, not as a commercial release, but actual training software as contracted by Homeland Security.

This work was—without Raissi having the title to suggest so—game design and development. "My last job was being responsible for making the props and levels, the mo-cap studio and cleaning-up animations, and starting to design in-game cutscenes," he says. These projects, to be used by military personnel to train soldiers not only in combat situations but also in diplomacy with local representatives, blend typical first-person shooter mechanics with those of dialog-driven games.

"The game was half Counter-Strike and half Mass Effect. It was half combat, half conversation trees. I was responsible for layering in the conversation and working out the cut scenes when the military was talking with locals. It was part whodunit, as they had to work out who the bad guys were. And that’s essentially game design," adds Raissi.

After contributing to maps that, for example, modeled exactly the downtown LA Marriott for the LA police department, fire department, and counter-terrorism units to use so they could react to a hypothetical homeland terrorism attack on the hotel, the contracts dried up, as often goes with budget arrangements with Federal agencies.

Hoping to forge a career in the games industry, Raissi made two bold decisions. The first was to start learning game programming to add to his 3D art skillset and the other was to move from Orlando to San Francisco to absorb everything possible from its more thriving development community. As Raissi describes, "I didn't know any other programmers in Florida so I couldn't learn from anyone. I couldn't go online, or use any resources. So I just referenced other games and tried to replicate those with what little knowledge I had of programming." 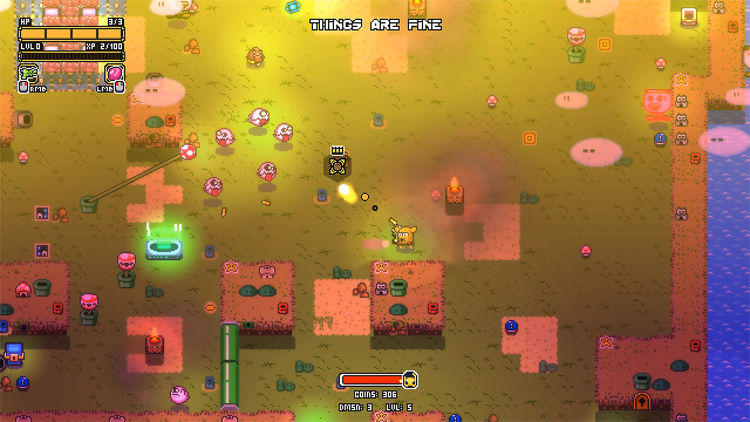 Above: Integration with Twitch allowed Raissi to allow viewers to engage with the gameplay.

Despite a straight-up solo plan that meant he would be doing the work of all the departments in a game development studio, Raissi maintained a defined vision of what Spread Shot Studios games would be. "The mission statement is to make interactive social experiences, starting with your close friends. Like couch co-op games and multiplayer games but heavily focused on people you know and in your circle, then expanding that out," he says.

The young, multi-talented CEO adds, "I always lived with roommates and always cherished those moments more than, say, playing Call of Duty online where 13-year olds are throwing expletives at me, and I don't even know any of these people. Not that you can't make friends online with total strangers but I've always had the best experiences with my circle of friends."

This attitude has driven a passion to make games that recognizes technical weaknesses yet remains resolute in its ambitions. "I used Gamemaker in high school for one class. The teacher had us make a game in one day, and then I never touched it again until I saw the Flappy Bird game, and my best friend's girlfriend is a grade school teacher, and her kids kept telling her about Flappy Bird and she asked me ‘have you heard of Flappy Bird?' So I'm asking ‘what is this Flappy Bird?' and it was this simple game kids loved and were trying to beat each other's scores. It was a simple mechanic and I could see how it brought kids together."

"And then I made my own version of Flappy Bird with power-ups and other cool stuff, just to learn programming, and also to learn the ecosystem in publishing a game."

After this starting point, and the move to San Francisco, work began in earnest on Space Jammers, a simple-to-play top-down action game packed with quirky characters, crazy weapons, and situations that represent Raissi's own infectious sense of humor. "Space Jammers is mostly inspired by games like Hotline Miami and Nuclear Throne—games that I wish had a multiplayer aspect from the ground up, rather than added via mods. I wanted the co-op nature in my game from the get-go." 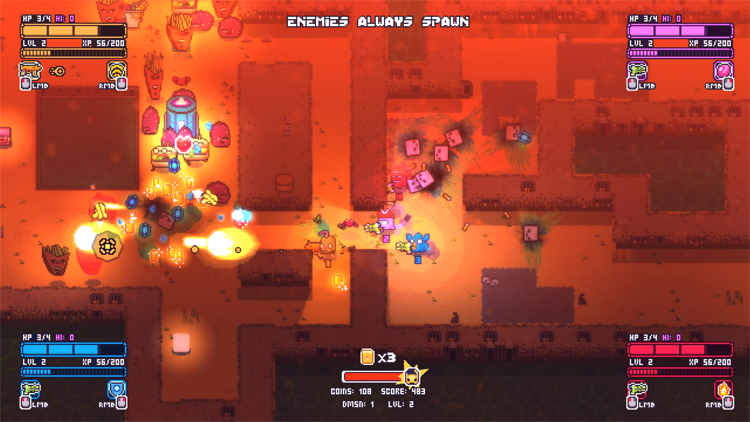 Above: The fast-paced game is colorful and full of quirky characters.

Of course, Raissi is happy to accept that he still has a lot to learn, so requested features like online multiplayer might be a step too far at this point. However, by working the tight community of fellow developers through meet-up groups like Playcasting, and an initial seat at an incubator surrounded by programmers, he could get help integrating Twitch functionality into the game.

It all sounds like a crash course, and Raissi accepts that the game that he thought was going to be a four-month project has, in fact ballooned to much, much longer. Not that it's dissuading him, though he does accept that he doesn't want to be a solo developer for his entire career. Despite his background in 3D art, he still had difficulty getting jobs at larger publishers as an artist since he didn't have any specific, demonstrable game development experience as the work on the military sims couldn't be shown.

The ambition remains as integrations with Twitch and Discord speak to his desire for his games to have these co-operative aspects, like using Twitch commands to drop crates into the game for those viewing. But Raissi isn't really a child of the internet age that has allowed hundreds of developers to grow their craft in the age of YouTube.

"It was more just a bunch of cat videos," says Raissi of the video platform when he started out, "so growing up there weren't so many resources online. My parents didn't have an internet connection and I had dial-up well into high school. That's why I didn't start learning until after college. I tried getting books but couldn't get past the first chapter!"

Protecting against feature creep and also handling the many communications with partners like Steam, Humble Bundle, and others puts pressure on the one-man operation's time. "I can't do what the big boys do—I can't say it's going to be online multiplayer and brute force it in," he accepts, "and I like to ask questions. I don't mind when I don't know something. Intel has been great with equipment and looking at the game for performance, though as a 2D game there's not much I can mess up, right?"

"A lot has happened since the project started," he states, referencing, among other things, changes in Steam's business model for indies that keeps him on his toes, as well as new technologies coming along that could have different effects on the game. This is just the beginning for the enthusiastic Raissi, "this game is my foot in the door to the industry," and whether he earns money or not, no doubt the journey will have plenty of stories and learnings of its own.

And who can get mad at that?