The original article is published by Intel Game Dev on VentureBeat*: It’s a kind of magic…. Get more game dev news and related topics from Intel on VentureBeat. 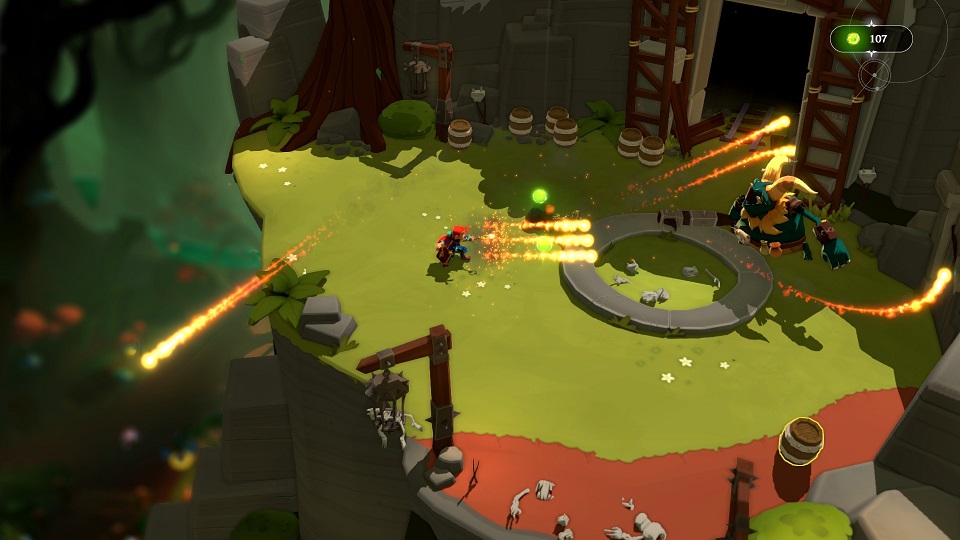 "We started off not knowing exactly what kind of game we wanted to make," says Patric Mondou, Creative Director at Borealys Games. He’s referring to the time back when Borealys began its journey into indie development.

It's a not unfamiliar refrain from new studios who are finding their footing and establishing their direction. "We knew one thing: we wanted it to be accessible, something kids and adults could enjoy," Mondou adds, fleshing out the broad concept of what Borealys' first game might be. "But at the same time, we wanted an innovative aspect more inherent to the indie scene—to add a little twist to games that were already out there."

The team landed on magic, and in particular, the construct of what makes magic. While that sounds cool, it could be tricky to convey across all the angles the studio is taking with Mages of Mystralia. "We had a few ideas of how a procedural spell system like the one used in the game Magicka could work, with mechanics like puzzle games," he adds. Inspiration came from such puzzle classics as The Incredible Machine, originally released in the mid-1990s, and now reimagined as a spellcasting formula that would add an intellectual slant to the use and casting of magic spells.

The stated goal of crafting an accessible system took a year of prototyping and iterating—the team hoped to avoid a simple formula akin to a game like Diablo II, but not as complex as involving programming elements to make a spell work.

Mondou also revealed that the team toyed with the idea of releasing the game without a tutorial so that the spell system would invoke a sense of real discovery. While that might have been appealing to a hardcore player, it didn't gel with the goal of accessibility and also created problems with balance in that a good player may figure out an over-powered option in a combat encounter. That could then make later-game challenges too easy for that player.

So, the team balanced the process of learning how to make spells that fit the expected difficulty level by revealing spell-powering runes one at a time at steady intervals over the course of the game. "We added a more Metroid-vania approach where you unlock your capacities progressively," says Mondou, and so while all the powers required to complete the game are unlocked quickly for an experienced player, taking the time to explore requires a deeper delve into the system of creative spell-casting.

The result is that a seemingly complex system of using runes to change the effects of spells that manipulate the environment and combat enemies turns out to be an engaging, intuitive mechanic. It also generates a sense of experimentation and, as Mondou describes, "just fooling around" with the system to uncover options that can solve challenges in a variety of ways.

"The first time we had people outside the studio play we asked about the design of the spell used to defeat [a boss]. All three had a very different method and were all shocked at the other ideas…and they all worked, there was no one dominant strategy," explains Mondou. "It was fun to see players use several strategies to achieve the same success goal."

For a studio of just 16 people—eight when the project first started—Mondou accepts that issues like feature creep and simple bold ambition can place unfair pressure on the team. "We would have been wiser to lower the scope a little bit…But we produced a fairly accurate picture of what we started," he says of staying true to the original vision. 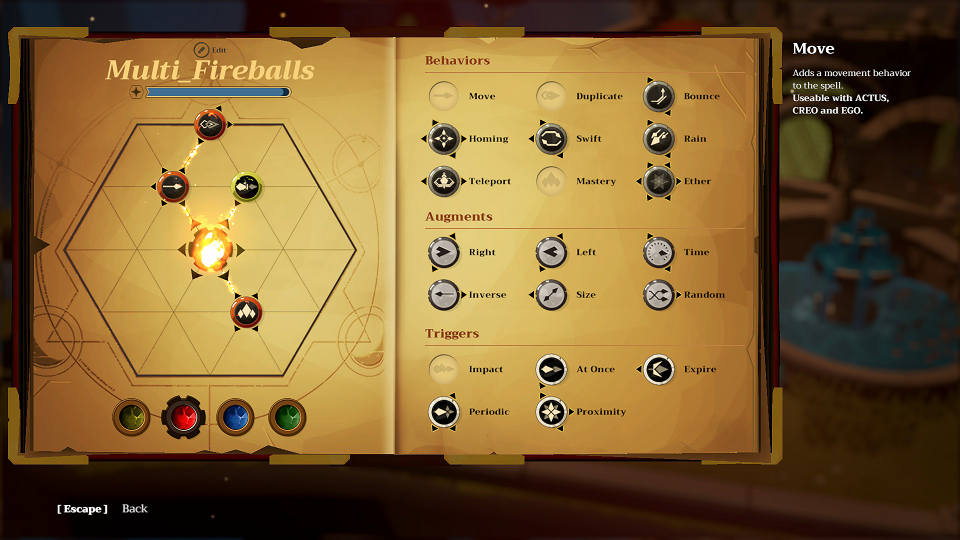 The vision and features that have helped make Mages of Mystralia a success were buoyed by a successful Kickstarter* campaign that saw all their stretch goals being funded. Mondou readily acknowledges that there is no magic formula: "If there was a recipe to ensure 100% success, I would gladly pay for that," he says. Instead, he cites working with famed writer Ed Greenwood, creator of the hugely popular and successful Dungeons & Dragons' Forgotten Realms campaign setting, as a key factor in generating awareness among the community.

"[Greenwood] helped us get visibility, but we also had something innovative, where posting images on Imgur and elsewhere landed us on the front page of Reddit," says Mondou. Continuous and extensive engagement with the community also contributed to this success, with Mondou stating that the team spent a solid month constantly chatting with people, answering questions, and responding to every comment. That in itself can be a full-time job for a small team.

Greenwood certainly added brand-name awareness to the game and its Kickstarter campaign, but he also contributed extensively to crafting a cohesive lore behind this spell-focused game. "He reworked some aspects of the dialogue to make them more impactful with fewer words," says Mondou, "and set up certain scenes so the characters would stand out and have full impact on the game experience." These contributions, with all the background lore, led to a supporting web comic alongside ideas that could possibly lead to sequels.

Early access and Kickstarter campaigns have run afoul on many occasions when backers and the community expect a game more stable and complete than the one being made available. For Mages of Mystralia, the community grasped the difficulty of making a game and provided significant help throughout the beta, according to Mondou. "We wanted it out as soon as possible because we had rent to pay," says Mondou, "but if we could have stretched a few more weeks that would have been for the better." 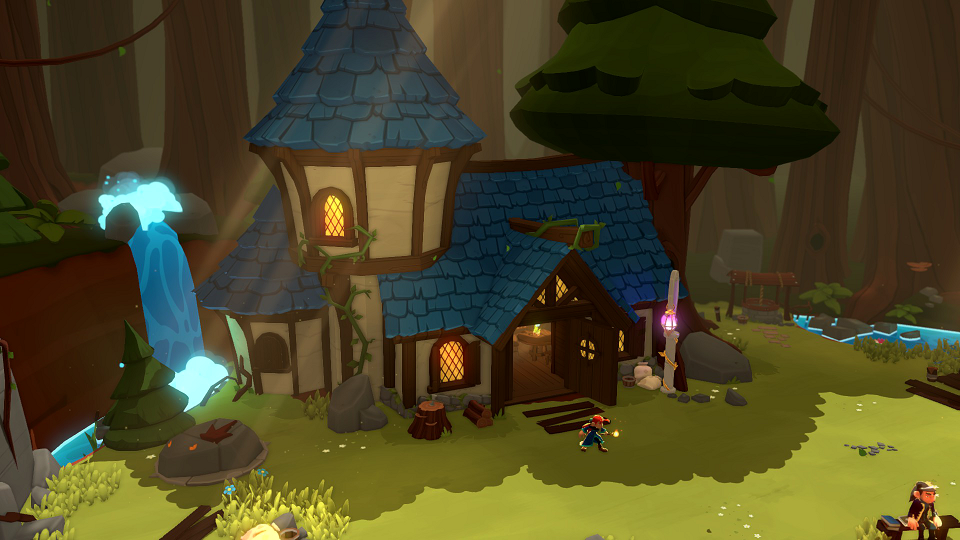 Above: A distinct visual style adds another layer to Mages of Mystralia's unique experience.

Aside from fundamentally managing audience expectations, Mondou also cautions about the time investment. "Between Kickstarter, Steam, and the rewards, it was a lot of work. One big mistake we made was underestimating how long that would take." This went so far as the minutiae of generating download keys for Kickstarter backers, press, and others, that he suggests should be done months in advance "if funds allow it…but it's worth it," he adds.

Looking to the future for Borealys Games, Mondou is open to all ideas as to what that sophomore project could be. "Making two successful games in a row would prove that the studio can establish a seal of quality," he adds. "We really want to be financially independent…to make games with bigger scope and a higher budget. As we grow, our objective is to gain that independence."