The original article is published by Intel Game Dev on VentureBeat*: Indie Metroid-vania in Sundered. Get more game dev news and related topics from Intel on VentureBeat. 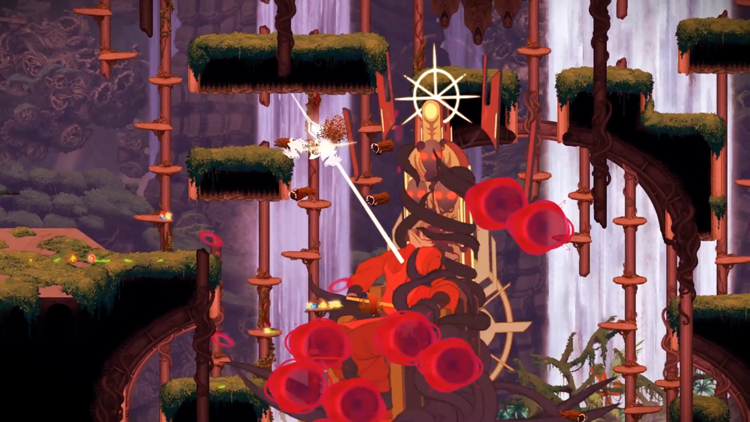 You might be surprised just how many executives at indie game companies—and game developers in general—started their projects without a clear, concise, considered plan of design and execution, or expectation of success. It’s a signature part of the beauty that is the passion of the game developer. You start it because you want to make the game of your dreams, and then the pieces of the business fall in place, and your teams commit all their skills and time to achieve those goals. Sometimes it works and sometimes, despite all the best intentions, it doesn’t.

It’s well on the way to be considered ‘working’ for Thunder Lotus Games* President and CEO, Will Dubé. Despite a resume that said “mobile game developer,” the switch to PC turned around the opportunities. “In January 2014 I quit my job to put a PC indie game on Kickstarter*. At the time, I had no idea what the game was going to be, just that it had to go on Kickstarter because that would be the “truth” that it was a good idea,” explains Dubé. That project became Jotun*, a hand-drawn action game set in Norse mythology. It wasn’t that Dubé had any familial or historical connection to the Norse, but rather the opportunity its mythology afforded for some wild enemies.

“Cows that have poisonous rivers coming out of their udders, humans coming out of giants’ armpits, it’s crazy…and also inspiring,” says Dubé, laughing. Proving the point that you never can tell where inspiration will be found, it led to a freshman indie success.

“Critical reception on Steam* was great, as was the commercial reception, so then we brought it to consoles,” he adds.

With a little help from your (govt.) friends

While Kickstarter was used to garner community feedback to show sufficient interest in their game, it wasn’t the sole source of funding for the fledgling studio. “We got some additional funding through the Canadian government and other sources,” he says, referencing the Canadian Media Fund. “We’re super fortunate in Quebec (and other provinces have their own), but the CMF helps funds independent developers. Probably most Canadian indies have had CMF funding, not all, but most.”

Pulling on the valuable experience gained as a mobile game developer and surrounded by industry veterans, Dubé says “I was able to learn a ton really, really fast. Despite ultimately not working out, I was able to see a company grow from 10 to 50 people and go through all the stages of a studios process.” 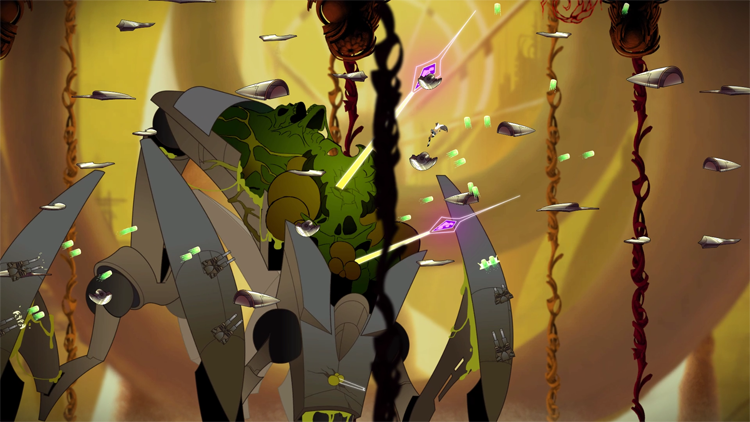 Jotun’s success brought with it important lessons learned, both positive and negative—they learned what needed more attention for the sophomore project, Sundered.

“What went over well was the art style, the epic battles against big bosses, and great immersion. The things that didn’t go well: We noticed that even though we had great exposure with YouTubers and streamers, people would play for four or five hours and that’s it. And people watching it would just get the whole experience since it was a single-player narrative and linear, and not much interpretation for your own playthrough,” says Dubé.

Above: Will Dubé, President and CEO of Thunder Lotus Games

These important considerations fed directly into some of the feature design of Sundered. This beautifully hand-drawn side-scroller pulls elements of what are called the Metroid-vania genre—those games that blend the side-scrolling action and exploration of classic games Metroid and Castlevania.

“For replayabilty and player choice in Sundered we built what we called the eldritch powers. But we needed to build these features so it didn’t feel tacked on.

“The 'Resist or embrace' idea came out of the notion that people will come back for different ideas, but they need to make sense. That’s how we came to abilities that unlock new regions of the world. They give new powers, so you can choose to corrupt the powers, and that impacts the gameplay. Instead of the power dash that allows you to dodge in the air, if you corrupt it, you can do it 360 degrees, which makes it more powerful, but it has consequences on the skill tree.” 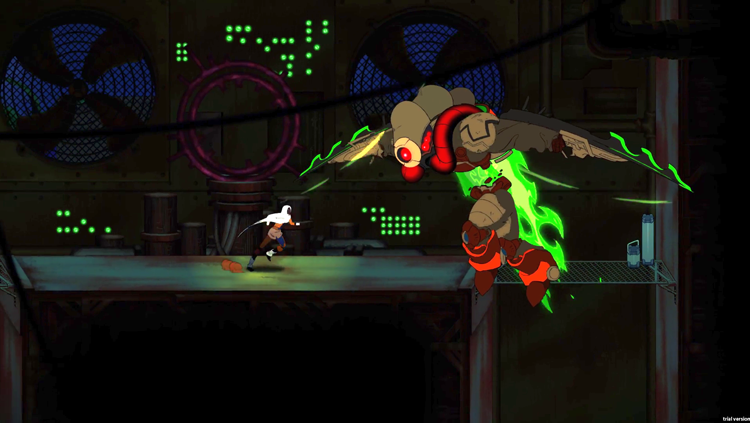 Above: Sundered’s art style is amazing in every scene.

That degree of difficulty is not lost on the team of 12 full-time employees (with additional part-timers contributing to the effort). “Sundered is a beast compared to Jotun. Procedural generation of monsters, of dungeons, the skill tree, the whole Metroid-vania aspect of only opening this if you’ve done that, and multiple endings—it’s a complete monster,” admits Dubé.

After about 18 months of development it has already provided its own teachable moments for a new, small, indie studio. “The learning for us this production cycle is that feature creep is a thing that can happen even when you’re cognizant of it, and feel you have it under control.”

The pay-off should be in how the game, in which you play as Eshe, “with all this HP Lovecraft-inspired madness going on,” plays to the crucial influencer audience.

Making influencers work for you

“We view influencers and streamers as part of our overall marketing strategy. For us, marketing is really important, that you could have the greatest game in the world, but if nobody knows about it, it doesn’t matter. We work all our PR internally,” he says.

“With Jotun we gave 24-hour exclusives to certain community people to push those beats of reveals,” he adds, the result being that awareness is now feeding into promotion for Sundered, making it a little easier to get responses and get these influencers spending time with the game.

“We gave [YouTube* personality] Jesse Cox an exclusive on Sundered’s gameplay. His fans really liked the game, and we’re getting coverage from people with large audiences. It’s about maximizing that reach as much as possible.”

Dubé is quick to add that traditional media and basic community involvement is still vital, which is a large part of why going back to Kickstarter for Sundered made sense. Through the awareness, and then the feedback, the team could use the funding to incorporate those suggested tweaks and simply make the game better.

“We want people who play our $20 games to say ‘it’s the best $20 game I’ve played this year” and make sure we maintain a consistent quality,'” says Dubé. With a little help from the Canadian government!