The original article is published by Intel Game Dev on VentureBeat*: How Arizona Sunshine racked up $1.4 million in sales in one month. Get more game dev news and related topics from Intel on VentureBeat. 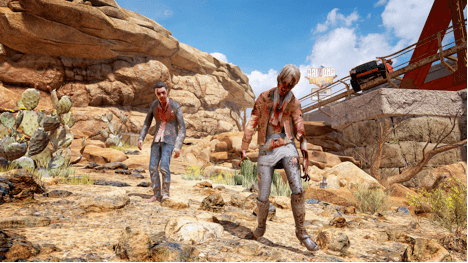 No question, VR is the new frontier for developers. They have to rethink everything they know about game design. The new technology also requires a different way of thinking when it comes to selling VR games and building a community around them.

That’s the situation indie developer Vertigo Games found itself in while making Arizona Sunshine (available now for PlayStation VR, Oculus Rift, and HTC Vive). It’s a first-person shooter that puts you in the middle of a zombie apocalypse, and features realistic guns, an expansive environment, and cooperative multiplayer modes that allow you to kill the undead with a few friends.

So to help build some buzz around the game, Vertigo partnered with Intel to show just how beautiful Arizona Sunshine can look on PCs equipped with Intel Core i7 processors.

The extra power from the i7s allowed the Dutch studio to create not only additional zombies to shoot at but also a more realistic zombie-slaying experience, like a gory mutilation system where players can shoot off heads and limbs. Each severed body part even has its own ragdoll physics, which means plenty of flying bone fragments. Vertigo also enhanced Arizona Sunshine’s weather system, so you’ll see blades of grass, cloth, and water sway along with the direction of the wind.

That’s just a small sample of what the developer was able to accomplish by optimizing the game for i7 processors. You can spot more differences in the comparison video below.

A big boost to get in front of gamers

Indie developers need more than fantastic graphics and innovative gameplay to sell their games, however. Raising awareness of your product requires its own set of skills, especially with VR and the importance of getting people to try the games themselves. So when it came time to promote Arizona Sunshine, Vertigo worked with Intel to devise a plan that’d keep both fans and VR enthusiasts interested in the game.

In November 2016 (a month before release), Intel sponsored two VR meetups — one in San Francisco and another in Los Angeles. During these events, attendees were able to play Arizona Sunshine and Ubisoft’s Star Trek Bridge Crew. They were also able to speak with representatives from Intel to learn about its latest CPUs and how they benefit VR. It was a success: almost 200 people showed up across both gatherings.

The next event was the 2017 Consumer Electronics Show in Las Vegas, where Intel showed an Arizona Sunshine trailer during the VR portion of its press conference (the audience watched it while wearing Oculus Rift headsets) and had numerous demos available in its booth. The convention was the first time that Vertigo revealed Undead Valley, a new Vegas-inspired map for the game’s multiplayer Horde mode.

Help in spreading the word online

But not everyone can fly to Vegas or San Francisco to play the game in person. So Intel also helped Vertigo create an online fan club. It’s a place where passionate players can provide feedback to the development team. By signing up for the website, users become part of the “Arizona Zombie Resistance” program, which unlocks a variety of challenges (like filling out surveys and quizzes, or sharing the latest Arizona Sunshine updates on Twitter).

Completing these activities earns them points that they can redeem for prizes, such as Arizona Sunshine wallpapers, a copy of the game, or even a high-end gaming PC. Arizona Zombie Resistance members generated hundreds of shares on social media, and thousands of views on game-related videos and blog posts. 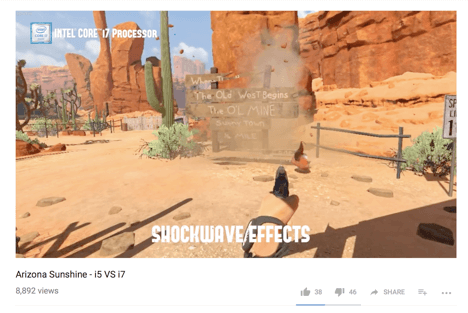 Between the Intel partnership, positive word-of-mouth, and stellar reviews, Vertigo Games made $1.4 million from Arizona Sunshine sales in just the first month of its release. It was one of the biggest VR game success stories of 2016. 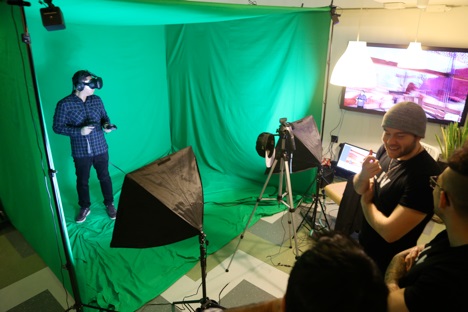 Above: The public gets a chance to try out Arizona Sunshine.

If you think you have a promising game (whether it’s VR or not) and want to take advantage of Intel’s marketing expertise like Vertigo did, then listen up. You just have to follow two steps. First, make sure your game is free from bugs by using Intel’s optimization tools and submitting it for certification here.

And once you pass, you might be eligible for a variety of co-promotional and sales opportunities with Intel’s Get Big program. Visit the website to find out more.