VR Monkey Co-Founder and Intel Software Innovator, Pedro Kayatt, has been working hard the last couple of years to realize a dream – to use education, science, and technology to immerse people in a Virtual Reality (VR) environment so they can experience what Brazil was like during the time of the dinosaurs. His dream just became a reality, as his Dinos do Brasil project just became a permanent exhibit at the Catavento Cultural Museum. 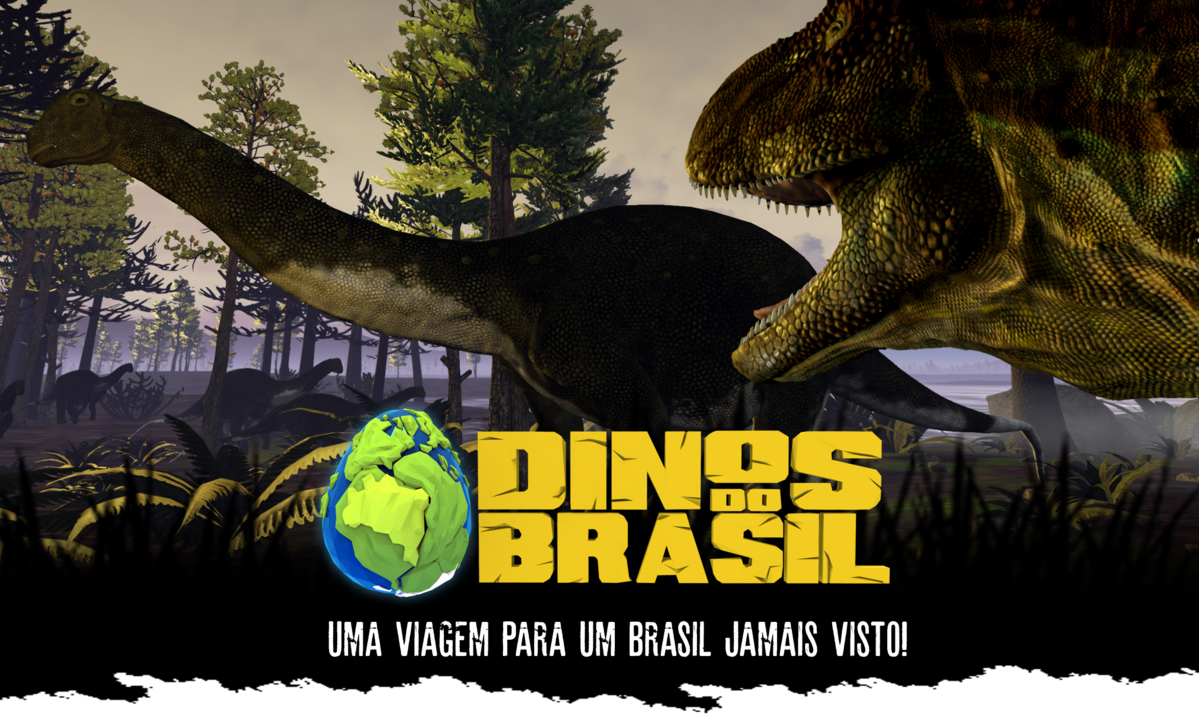 Tell us about Dinos do Brasil.

Dinos do Brasil is a project that has been in development for more than three years already. It is an amazing educational Virtual Reality (VR) experience that takes a visitor back to the past and lets him see the many different landscapes and curious animals of pre-historic Brazil. The timeline goes from the Triassic period to the Cretaceous, showing three massive extinctions in a very particular view.

Tell us about the Catavento Cultural Museum.

The Catavento is one of the biggest museums in Latin America, receiving over 10,000 visitors a day. This cultural and educational museum presents science and social issues to the public through interactive exhibits. Dinos do Brasil was just recently opened as a permanent exhibit at Catavento Cultural Museum where visitors will be guided through the age of Dinosaurs over a nearly 35 minute experience. 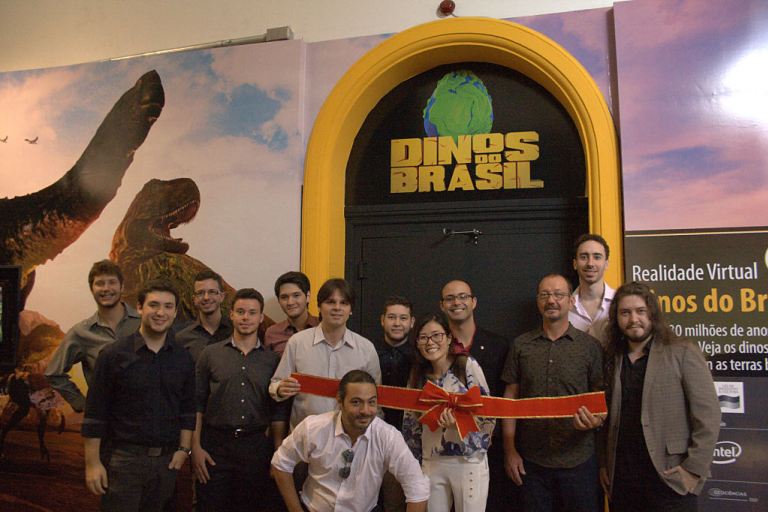 What kind of technology are you using in this project?

To create the Dinos do Brasil we worked with several technologies, the main one being the Unreal* Engine 4. To create the models we have worked with Maya and 3DStudio. ZBrush, Quixel and Substance Painter were also important to create very realistic models that helped the experience to have a very real look. The VR theater where we installed the Dinos is using 25 Oculus* Rift Consumer Version headsets, and 25 High End PCs with Intel® Core™ i5 processors and Nvidia GTX1060 powering the real-time renderings that have driven more than 3,000 people to be amazed in the short time since we've launched. We also used the Intel® Core™ i7 processors to drive the development and speed up the packaging and the building times as we had more than 100GB of data for the project.

First of all, why not? They are amazing creatures that everybody has liked in some small part of their lives. Besides, VR is a great tool to show the real size of things. Being able to use it with colossal-sized animals like Dinosaurs helps people to really grasp the size of the animals and plants and to get a glimpse into what life was like.

What do you want people to learn from the exhibit?

We want people to learn that there were more dinosaurs than just the few shown in movies like Jurassic Park. We want people to learn that Brazil was home to many historical treasures like the dinosaurs. We also want people to realize that dinos were animals, like cows, whales, or any other pet. They weren’t monsters, but in fact just amazing animals. And last, but not least, we want to show that anyone who has a dream can accomplish amazing things. This project was a great challenge to me, my wife, and my company. Many people thought that it was impossible to do something with such cutting-edge technology in Brazil, but we did, and anyone that is willing to try hard can do it too.

Is the exhibit geared more towards kids or adults?

The exhibition is aimed at a general audience, and after several tests the museum has set the minimum age of participants to 9 years of old. Because the experience is so life-like, it can be too real for younger children and scare them which in turn upsets the rest of the session for the other attendees. 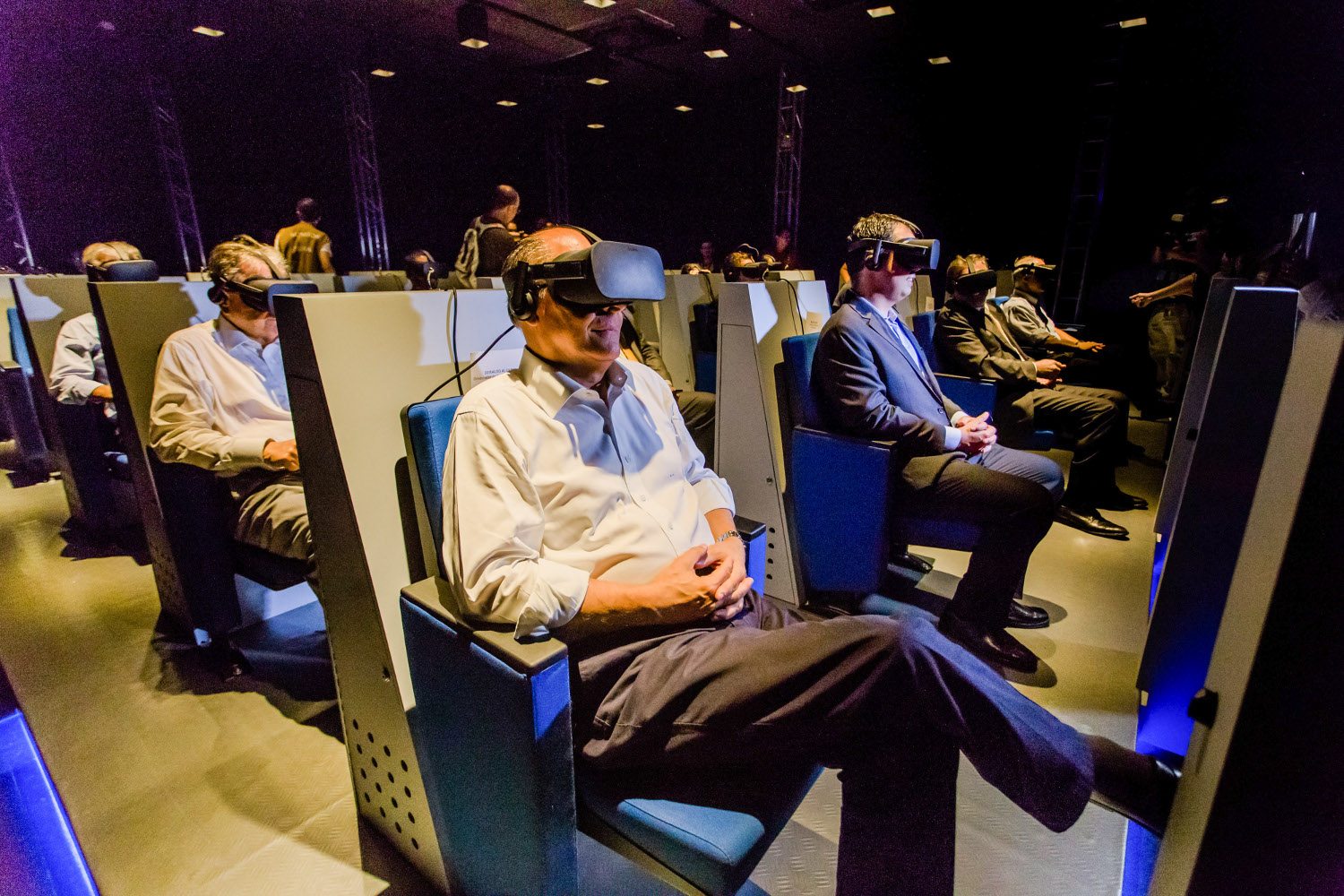 The exhibit just opened, what type of response is it getting so far?

Yeah, it opened just two weeks ago and we already have got an amazing response. We are being featured in many big media vehicles and have given many interviews, but the best part of it is seeing peoples reactions after they leave the exhibit and they are just so amazed by how great and detailed it is.