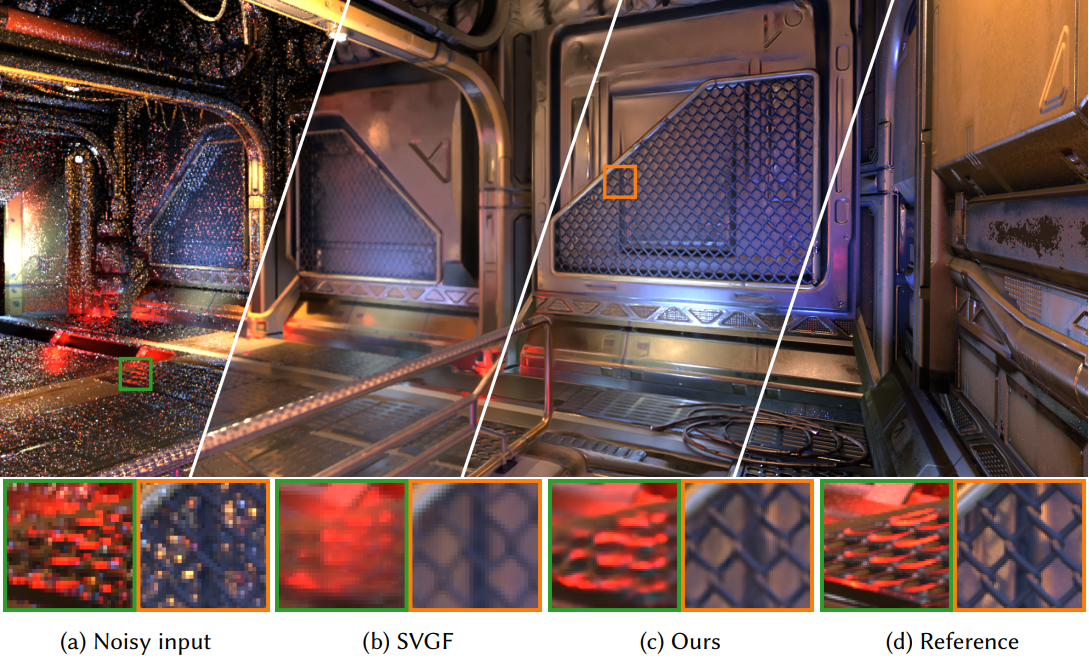 Given noisy, low-resolution input, our network performs spatiotemporal filtering to produce denoised
and antialiased output at twice the resolution. Compared to conventional denoisers, our method preserves
more detail and contrast and generates a higher resolution at a similar computational cost.

Recent advances in ray tracing hardware bring real-time path tracing into reach, and ray traced soft shadows, glossy reflections, and diffuse global illumination are now common features in games. Nonetheless, ray budgets are still limited. This results in undersampling, which manifests as aliasing and noise. Prior work addresses these issues separately. While temporal supersampling methods based on neural networks have gained a wide use in modern games due to their better robustness, neural denoising remains challenging because of its higher computational cost.