How does a company forecast how much it can spend on future advertising in order to increase sales? Similarly, how much should a company spend in future training programs in order to improve productivities?

This is a typical regression problem that can be best solved using machine learning1.

This article describes a common type of regression analysis called linear regression2 and how the Intel® Data Analytics Acceleration Library (Intel® DAAL)3 helps optimize this algorithm when running it on systems equipped with Intel® Xeon® processors.

What is Linear Regression?

Linear regression (LR) is the most basic type of regression that is used for predictive analysis. LR shows a linear relationship between variables and how one variable can be affected by one or more variables. The variable which is impacted by the others is called a dependent, response, or outcome variable and the others are called independent, explanatory, or predictor variables.

In order to use LR analysis, we need to examine whether LR is suitable for this set of data. To do that we need to observe how the data is distributed. Let's look at the following two graphs: 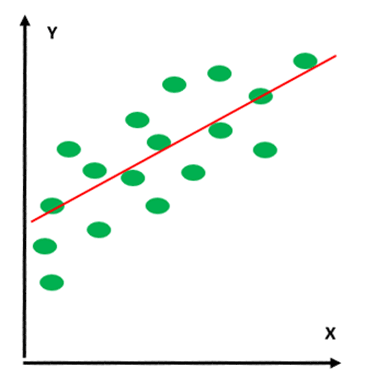 Figure 1. A straight line can be fitted through the data points 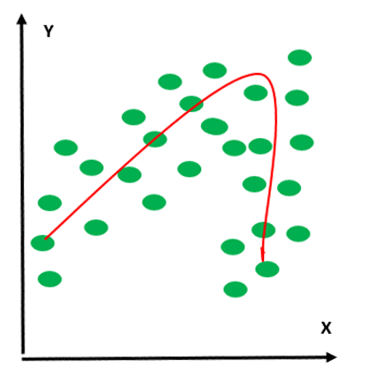 Figure 2. A straight line cannot be fitted through these data points

The simplest form of the equation with one dependent and one independent variable is defined as:

A: Regression coefficient or slope of the line

The question is how to find the best-fit line so that the difference between the observed and predicted values of the dependent variable (y) is minimum. In other words, find A and B in equation (1) such that |yobserved – ypredicted| is minimum. 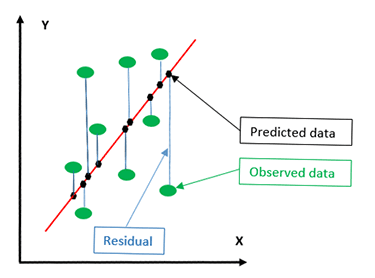 Some of the applications that can make good use of linear regression:

Advantages and Disadvantages of Linear Regression

Some of the pros and cons of LR:

Intel DAAL is a library consisting of many basic building blocks that are optimized for data analytics and machine learning. These basic building blocks are highly optimized for the latest features of the latest Intel® processors. LR is one of the predictive algorithms that Intel DAAL provides. In this article, we use the Python* API of Intel DAAL to build a basic LR predictor. To install DAAL, follow the instructions in How to install the Python* Version of Intel® DAAL in Linux*5.

This section shows how to invoke the linear regression method in Python6 using Intel DAAL.

The reference section provides a link7 to the free datasets that can be used to test the application.

Do the following steps to invoke the algorithm from Intel DAAL: