Scalability for All: Unreal Engine* 4 with Intel

Scalability for All: Unreal Engine* 4 with Intel from Intel® Software

Unreal Engine* 4 is a high-performance game engine for game developers. Learn how Intel and Epic Games* worked together to improve engine performance both for CPUs and GPUs and how developers can take advantage of it.

Cloud gaming is getting a lot of press lately. As the leading cloud service provider in China, Tencent is embracing the cloud to deliver graphic-intensive PC and mobile games, as well as core developer solutions.

While developing Total War*: THREE KINGDOMS, Creative Assembly* collaborated with Intel to get the most out of modern, multicore processors. Join us as team members share their tips and tricks for achieving great performance on the latest integrated GPUs.

It Doesn't Have to Be Hard: How to Fix Your Performance Woes

It Doesn't Have to Be Hard: How to Fix Your Performance Woes from Intel® Software

Maximize your game performance on a wide range of hardware. Learn how to use Intel® Graphics Performance Analyzer to identify and quantify common performance bottlenecks, mitigate them, and validate optimizations.

Create a Scalable and Destructible World in Hitman 2*

Gain insight into how IO Interactive* (IOI) designed the crowd, environmental audio, non-playable character simulation, and physical destruction systems to take advantage of available hardware and dynamically upscale resolution and deliver more realism. See the design and architecture of the destruction system, including the asset pipeline and game runtime that enables IOI to create a more interesting world for their players.

This session showcases the integration between the Unity* game engine and the recently released Intel® Open Image Denoise library for CPU-based lightmap denoising. Learn how the library significantly improves fidelity over bilateral blur by using an AI-based denoiser, which greatly improves time-to-convergence for lightmap rendering.

Learn how to write fast, efficient, and maintainable vector code for the CPU with examples of simple SIMD that use the Intel® ISPC.

Other GDC 2019 Talks and Sessions

In addition to our sponsored sessions, Intel engineers also presented with other partners and organizations at GDC. Here's where you can find their talks and materials:

OpenXR – State of the Union - Khronos GDC 2019 from Intel® Software

The OpenXR provisional specification was released by Khronos at GDC. OpenXR is an API designed to unify augmented reality and virtual reality software development across multiple platforms. Brent Insko, Intel, chair of the OpenXR working group discusses the development of the API and walks through how to write an OpenXR application. 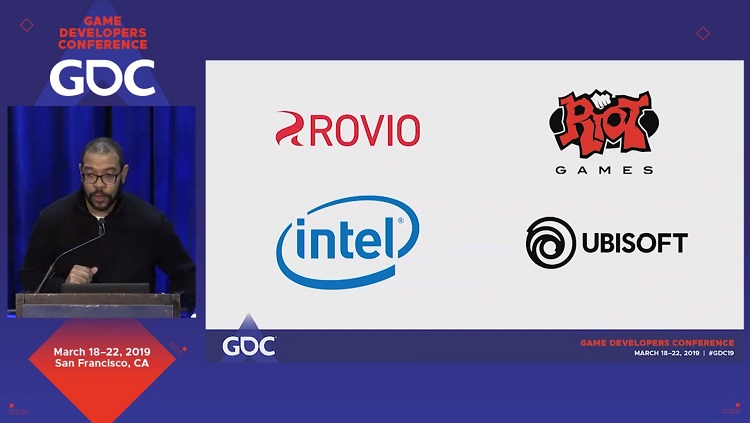 In a world of "live" games, and amidst an ever-expanding number of 3rd party platforms, not only are player populations growing and becoming more diverse, but HOW people play is fundamentally changing. It is critical, then, that game developers have a better understanding of both player motivations and subsequent in-game (and online!) behaviors. In this session, speakers at the forefront of research in the field of player behavior, offer a series of "rapid fire" micro-talks, each lasting no more than six minutes. Kimberly Voll (Riot) presents “Optimizing Games for Humans,” Jamie Sherman (Intel) shares “Toxicity: the Player Perspective,” and Elise Lemaire (Rovio) reports on “The Importance of Player Enjoyment.”

Causing Chaos: The Future of Physics and Destruction in Unreal Engine (Presented by Epic Games) 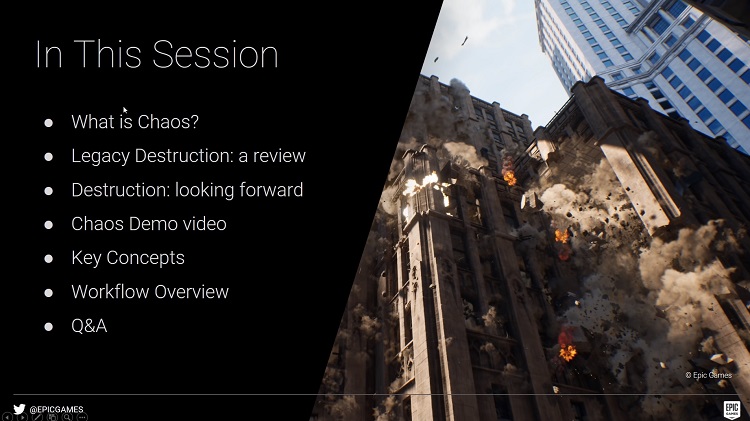 Check out the GDC 2019 Session on new Unreal Engine physics features. Whether making a high-end AAA game or a small-team indie title, physics simulation and destruction can play a huge part in bringing your games to life. Shown in the Unreal Engine Learning Theater session by Epic’s Alan Noon during GDC 2019, see new tools and techniques for creating high-end, sophisticated physics and destruction effects in Unreal Engine. The video will start you learning how to use these tools to develop interactive worlds that can be fractured, scattered and destroyed. 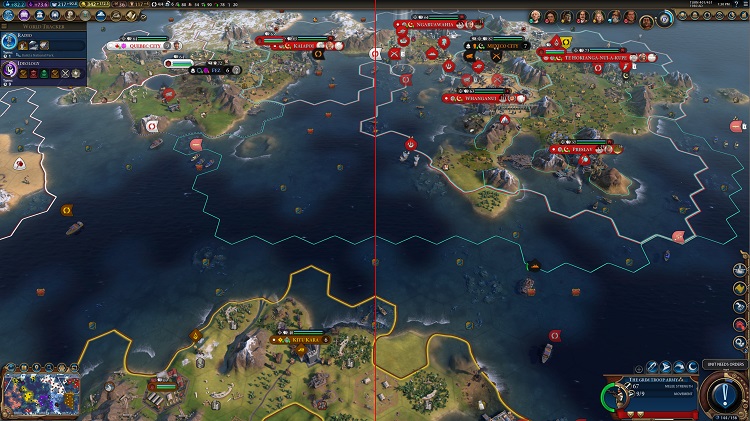 Beyond the Hype Cycle: Barriers and Breakthroughs Toward XR Growth

Beyond the Hype Cycle: Barriers and Breakthroughs Toward XR Growth from Intel® Software

Has everyone lived through the 'trough of disillusionment', or are they kidding themselves about VR and AR being anywhere near mainstream adoption? This session will look at recent market trends, and some of the technology and product developments that may be pushing us past the barriers to a bright future for XR. The session will cover recent and upcoming promising products, what it means to be leveraging mobile technology curves, and technical developments and challenges in displays, compute SoCs, and wireless tech. It will also cover interesting use cases outside of gaming that may affect the gaming market.

This talk is intended to examine result-driven penalization and user reporting designs that members of the Fair Play Alliance including Intel, Riot Games*, Tencent* Game Security and Two Hat Security have successfully implemented. The talk will include examples that will outline how systems were implemented as well as a look at measurable results from those projects. One underpinning point is to analyze how those best practices can be conducive to reforming player behavior by focusing on providing timely feedback to players, and how penalization practices can be leveraged to produce the desired outcome of fostering productive interactions in games.