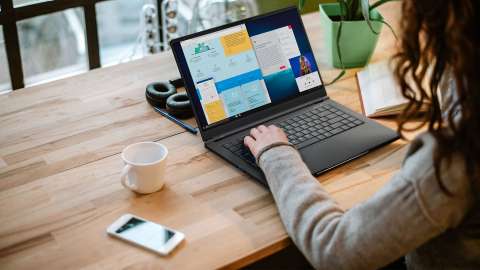 Should You Upgrade to Windows* 10?

Upgrading to Windows* 10 provides new features and capabilities, but is it right for you?

Should You Upgrade to Windows* 10?

Learn whether upgrading to Windows* 10 is a good choice for you and whether your computer has the right requirements to run it well1.

Learn whether upgrading to Windows* 10 is a good choice for you and whether your computer has the right requirements to run it well1.

When Windows* 10 came out July 29, 2015, many were cautious to sing its praises, but over time, the improvements to security, its enhanced personalization features, and the attention to gaming won over many critics. All in all, Windows* 10 is a very stable, secure, and feature-packed operating system (OS). Most people will benefit from using Windows* 10, and in this article we will cover whether or not it is the best choice for you.

Top Reasons to Upgrade to Windows* 10

The top three reasons you should upgrade to Windows:

Improving the way we interact with our PC is one of the key advancements in Windows* 10. By bringing back the Start menu, and introducing Cortana* (a personal assistant) Microsoft is improving the user interface (UI) and scoring points with users who prefer simplicity.

The Microsoft Start menu was introduced with Windows* 95 more than 20 years ago. Since then, it’s been through much iteration, but no major changes were made until the release of Windows* 8 when the Start menu was replaced with the Start Screen and “live tiles.” The touch-based interface and full screen of apps was a bit jarring to users. Microsoft heard the criticism loud and clear.

Windows* 10 not only brought the Start menu back, but it also added in the best features of the Windows* 8 Start Screen. Using the new Start menu in Windows* 10, you can:

Cortana* is a personal digital assistant built into the Windows* 10 OS. Much more than just a search engine, Cortana* can answer questions, search your entire PC for files or documents, provide reminders, track flights, or even tell you a joke. Cortana* is also available on Android devices and Xbox One consoles.

Microsoft bid farewell to Internet Explorer with Windows* 10 and introduced its new browser—Edge*. According to Microsoft, the browser was built from the ground up to provide a clean, modern, easy way to surf the Web and take advantage of future advancements.

New features allow you to:

As Mac and Linux users already know, virtual desktops are great for those of us who open a lot of programs at once but want to keep things organized. Microsoft’s goal in creating virtual desktops was to:

Windows Ink* is a compelling feature that was introduced with the Windows* 10 Anniversary edition. The Windows Ink* Workspace provides a digital pen to make notes, edits, or even to create a sticky note. Windows Ink* also includes a sketchpad, screen sketch capabilities, as well as your favorite digital pen apps.

Some have said that Windows* 10 is the most stable and secure OS from Microsoft to date. Security is a huge concern in today’s digital world, and Windows* 10 was built with security in mind. These security enhancements include:

Use Windows Hello* to log into your PC faster and more securely than before. Using the camera on your PC, Windows Hello* will recognize your face instantly and securely log you in. Or, you can use the fingerprint reader, which works the same way. Once you’ve enabled Windows Hello*, you can also use it with compatible apps, like Dropbox, so you can skip entering your password manually. Signing in is simply faster and safer.

Windows* 10 provides an entirely redesigned Windows Defender*, which helps guard your PC against malware and viruses. Windows Defender* runs in the background scanning files as you access them (and before you open them!).

Windows Firewall* protects your network’s security by keeping hackers and malicious software from penetrating your PC. Windows Firewall* establishes a protective barrier between your PC and the hackers of the world.

You could make a case that Windows* 10 was designed with gamers in mind. From support to DirectX 12 to providing new ways to game across devices, Windows* 10 provides great features and benefits for gamers of any skill level.

Using Windows* 10, games take advantage of the graphic fidelity of DirectX 12. DirectX 12 games use the full capabilities of your PC’s video hardware to deliver sharper visuals and improved performance.

Microsoft has just unveiled its new Xbox Play Anywhere solution. Now when you buy an Xbox Play Anywhere digital title, you can play it on your Xbox One and any Windows* 10 PC at no additional cost. Start a game, and then pick up where you left off, even on another device! You won’t lose any of your saves, add-ons, or achievements.

Want to stream your domination to the world? No problem—Windows* 10 allows you to stream your gameplay using the Game Bar. Just hit the Windows key plus G. Click Broadcast and start streaming.

Windows* 10 is a solid choice for most users, providing great personalization features and interface improvements, as well as strong security features and gaming enhancements. So, what’s not to like? Well, there are some cases where upgrading to Windows* 10 might not be a high priority.

With support extending until 2018 and 2020, both Windows* 7 and Windows* 8 are still favored by many users. If everything is working fine for you, and you prefer the design and UI of Windows* 7 or Windows* 8, there probably isn’t a need to upgrade right now. However, make sure you’re using adequate or additional security measures (Windows* 10 offers enhanced security features).

So, what’s the answer? Should you upgrade to Windows* 10? For most PC users, the answer is yes. Secure and stable, Windows* 10 offers a powerful way to stay connected, productive, and entertained.

Intel® technologies' features and benefits depend on system configuration and may require enabled hardware, software or service activation. Performance varies depending on system configuration. No product or component can be absolutely secure. Check with your system manufacturer or retailer or learn more at https://www.intel.com.