EPCS controller-based boot copier supports EPCS memory only. Boot copier is stored in the ROM within the EPCS flash controller. The boot copier is included during Qsys and Quartus Prime project compilation time.

The next stage boot image is located in the EPCS memory flash. The EPCS controller-based boot copier is automatically appended into the SREC image (*.flash) file during the elf2flash utility execution in the Nios II Flash Programming flow method.
Figure 3. Memory Map for EPCS Flash with EPCS Controller-based Bootcopier 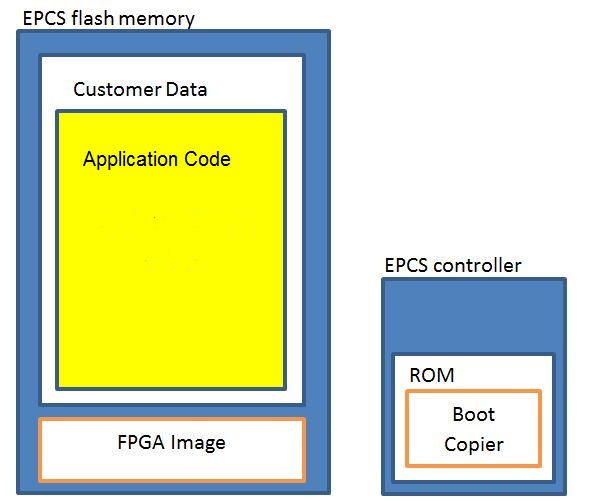